One was the Kayuhan Maya Merdeka Hulu Selangor, which was organised by Pinnacle Sports whereby participants needed to do a minimum mileage of 40 kilometer ride during the month of August. Most participants however, did way more than that. There is a leaderboard that's updated periodically and there were really some pretty crazy mileages done. 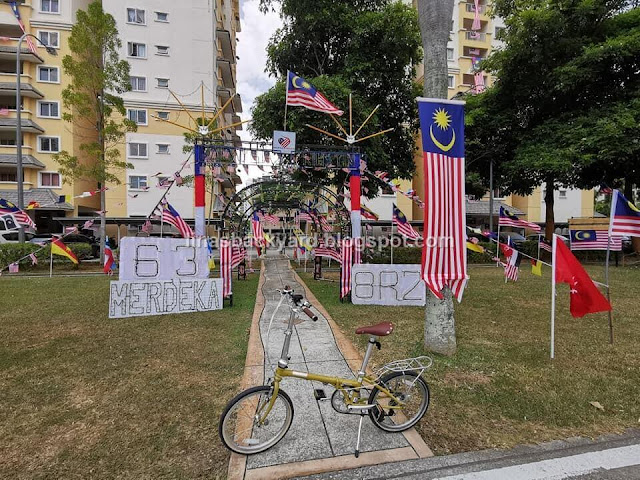 We decided to put in some mileage during the weekend to boost our position in the leaderboard. Truthfully, Hubby wasn't too concerned about it, but I really do no want to be at the bottom for this challenge. Not that our cycling mileage is anything to shout about, but still...

We also signed up for a 3-day running virtual challenge during the same weekend. It's called the Larian Enam Tiga Virtual Run and participants can choose to either run 6.3km on 29th, 30th, 31st August or on all three days.

For those who opted to run in all three days, the top 63 runners (male and female) are entitled to get a free t-shirt. 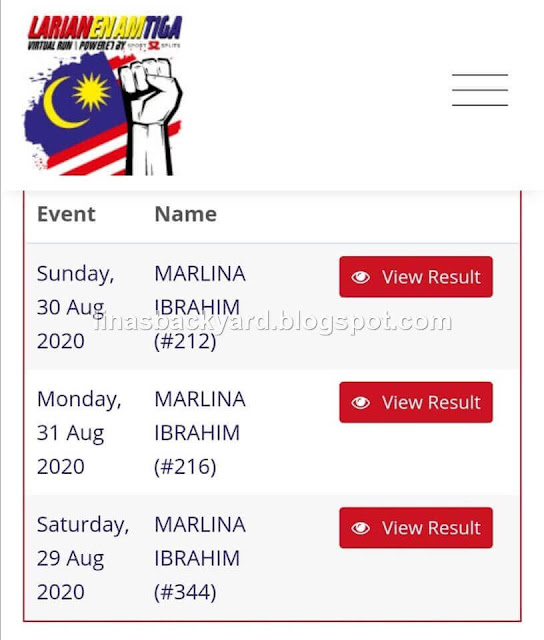 Kiasu us of course tried to get that free t-shirt lah. What do you expect? Free wor.

We took our foldie for a spin in the morning, then did our run at night.

It sure was fun to do the challenge and made us spent a really productive weekend.

Email Post
Labels: Celebration and Holidays Close to my heart Events Foldie Adventures Itchy Feet Out and About