On an impulse, we decided to cycle to Kerteh during our vacation to Teluk Cempedak. Imagine, instead of lounging around in our comfy hotel room at Hyatt Regency Hotel, we kept on spending our vacation outside, cycling! On our birthdays.

But we wouldn't have it any other way also lah... 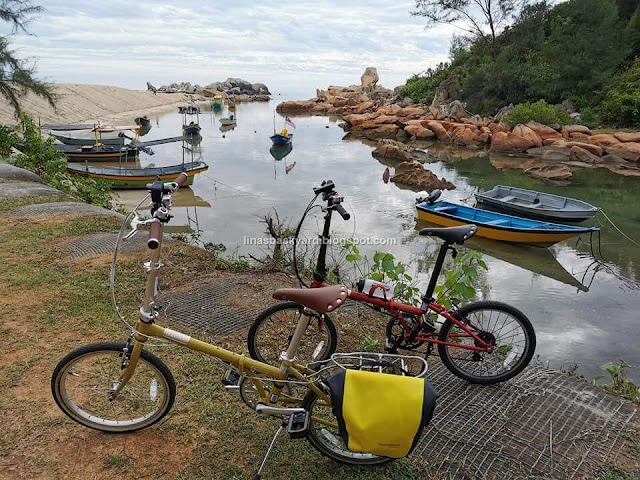 Pantai Penunjuk is a quiet but lovely beach in Terengganu and as we were there on a Monday morning, it was pretty deserted. But there are a few B&Bs scattered along the beach.
We made a toilet stop there, and the toilet was really clean. There was no one manning the toilet so we just left our 20 sen (the entry fee) in the basket on the table outside the toilet before we enter.
By the look of it, the toilet staff also went around the beach to do clean-up and picking up rubbish left by visitors and those washed up to the shore.

A water pipe with a pail is also available outside for anyone to wash sands off from their feet. 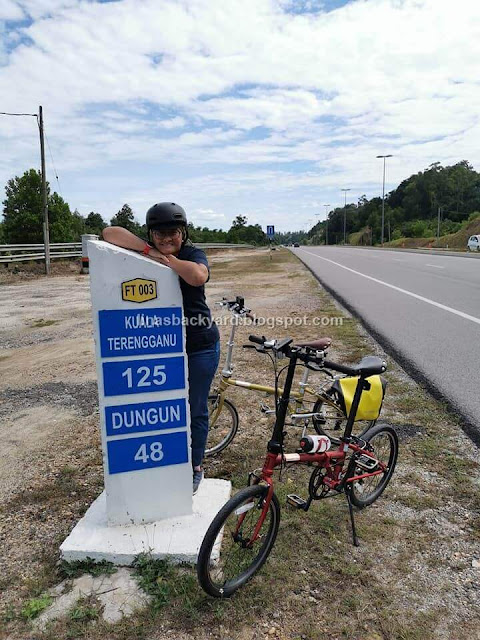 Our ride was along both kampung roads and the Jalan Persekutuan and we made stops along the way to either take photos or quench our thirst at local stalls that were dotted along the route. 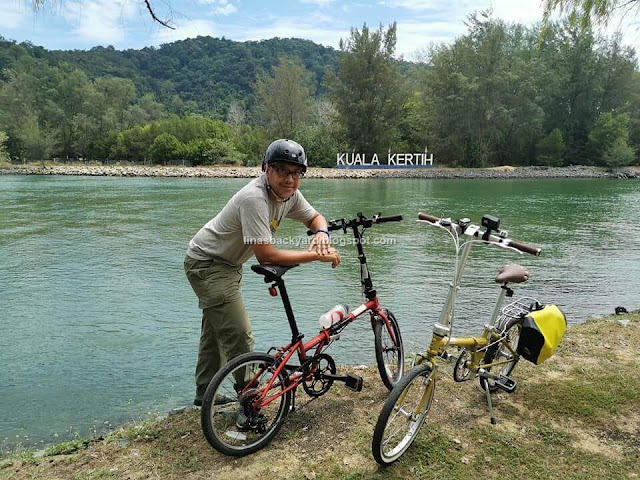 We arrived Kuala Kerteh around noon, just as the lunch crowd was out.
We were resting under a gazebo by the beach and pretty soon we were joined by locals who went there to rest during their lunch break.
We also saw a few guys who were doing open water swim.
Locals were very friendly with us and at each stop, someone will chat with us and asked about our trip. Motorists (cars, lorries, etc) were also mindful, giving us space whenever we were cycling on road that had no road shoulder. We heard friendly honks too as they passed us. This is very unlike what one would experience in KL or Cyberjaya!
Later on, someone commented to us on Facebook that he saw us in Kijal but was "malu" to say hello.
The road we traveled was very well maintained so it was a joy to cycle there. We definitely would love to return to Terengganu and maybe do a state touring one day.
Anyhoo, here's a video of the route:
More photos of our ride can be viewed at our Facebook page Cik Arnab & En Kura-Kura.
Email Post
Labels: Celebration and Holidays Close to my heart Foldie Adventures Out and About Travel Travel - Malaysia Travel - Terengganu Vacation