Sushi, Ribs And A Farewell Party 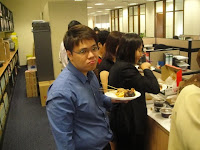 Sad to leave the gang, but gotta chow down too! LOL
Attacking the BBQ ribs ordered from Tony Romas'. 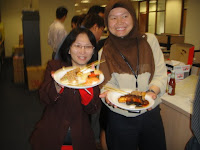 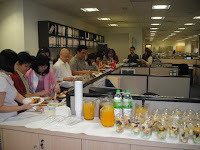 The "buffet" line. Everyone was busy with food... 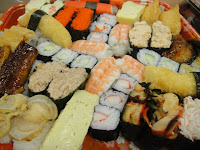 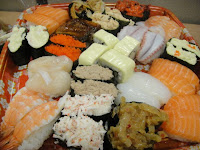 Sushi from Sushi King. 4 trays ordered and we managed to clean up every single item. Not too crazy about the potato-salad sushi though...

Since I acted as hostess, I didn't eat much. Only devoured 4 pcs of sushi while walking around making sure everyone eats enough though I managed to store some ribs for after. 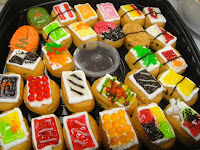 For dessert - two trays of donashi from Big Apple and then some Cornetto ice-cream for everyone.
For Yeow and Gan, all the best to you in your new job. Don't forget us!
Email Post
Labels: Close to my heart Makan Time