And this fat auntie did, last night at Putrajaya Night Marathon. *^-^*

Despite my initial misgiving about the crowd (I don't usually like crowds and a 10K number of runners congregated in one place is a big crowd! @.@), it was good fun running the Putrajaya Night Marathon. Easy parking, big open spaces and generally easy going crowd.

Since I haven't been running much this past weeks; what with nursing an injured right leg and then the same leg decided to slip and enter a drain - I wasn't expecting to run fast and setting a good personal record anyway. With that in mind, I ran with my compact camera so that I can take some photos running the route. But I think photo taking while running is much easier done during the day than at night, especially with a point & shoot camera. 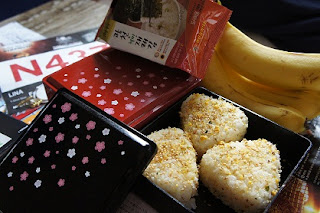 "Bekal" for the boys to eat for dinner, before the start of the race. Onigiri (rice balls) covered with tamago (egg) furikake and with sardine filling, korean toasted seaweed and some bananas. 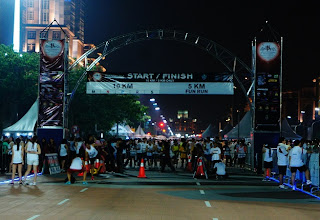 The start/finish lane for 10K and 5K runners 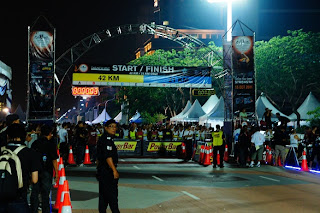 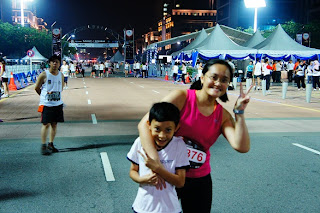 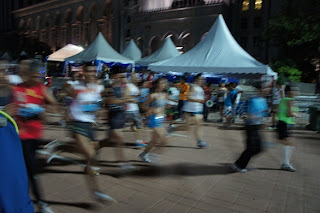 the half marathoners "whoosh"ing by. Gosh, they are fast! 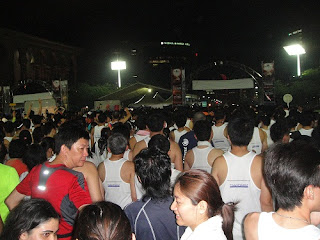 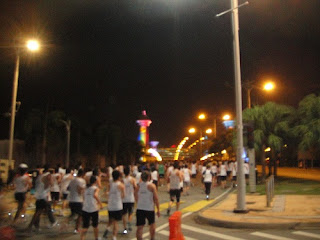 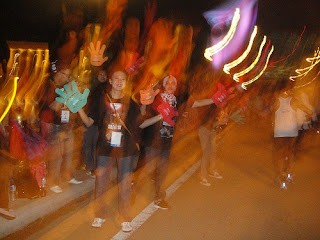 this is what you get if you don't stand still long enough to take a photo at night. All the cheers; from the crew, the kompang boys, the brass band; they made my day and made me run faster. Thanks you guys! Not to forget the people at the water stations too. 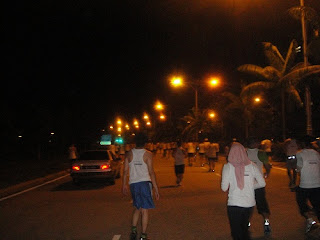 What is that car doing at a closed up road during a race? Got lost, I suppose. Taken between KM3 & KM4, after the first water station. 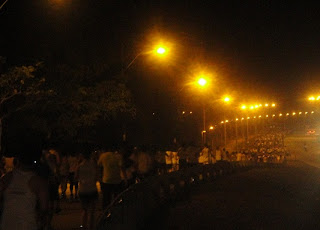 going downhill. Wheeee! Kids in passing cars shouted encouragement to us runners. I bet their parents are runners too. ^^ I actually encouraged Raimie to shout "Good Luck" to all runners walking past us when we were mingling with the crowd before the start of the race. 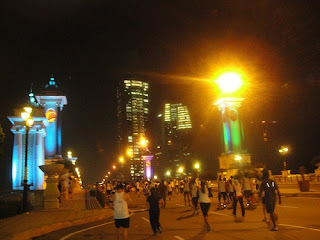 Doubling back, this time we were already doing 7K, I think. Run Gadget Run! The guy with the hailer reminding us that we are in a running race (this is after all called the Putrajaya night marathon) and not a walking event got most of us who were walking, running again.

I don't know whether this is normal but this is the second time (after KLIUC Unity Run) a guy asked me for the time while running. Wha? And he actually waited for me to twiddle my Nike+ Sportband to look at the time. Got people running without their watches but still need to know the time, kah? o.O 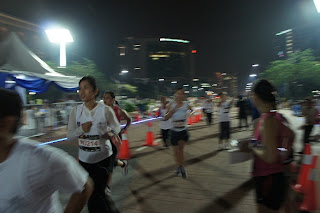 Can you spot me? I forgot that Zaini told me to stick to the left hand side so that he can take photos of me approaching the finishing line. I was stoked I guess and was sprinting towards the finish! Getting hi-fives from the Orange Man himself must be the booster that night. *^-^* 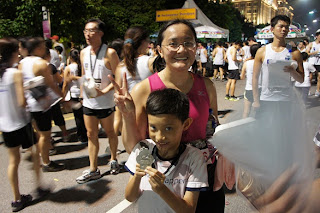 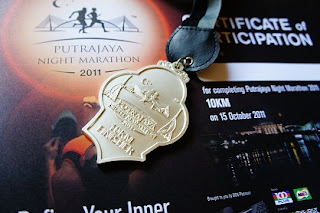 Got my medal. Got my snack. Then it was time to go and hit the Milo van! I heart you, Milo van! LOL