Day 5 was in Takamatsu which is on the island of Shikoku. The first day we were there; I took the opportunity to enjoy the seaside view and had a run alongside the port area. 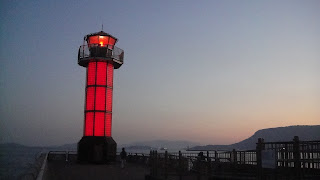 Running while watching the sun rises over the sea was absolutely an awesome experience. I just can't help it to stop occasionally to enjoy the view and also to snap some photos. 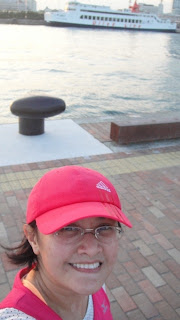 Started while it was still dark and I ended my run when the day is already bright and lively.

After running by the port area the day before; I decided that it was too cold to do any running at the same place on Day 6 of our vacation. 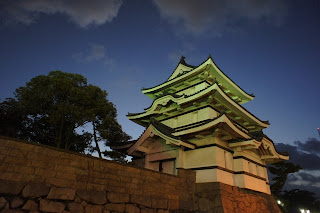 So instead, I chose to run by a castle park - the Tamamo-Koen park nearby. At first I had the intention of doing a longer run so I woke up earlier and hit the pavement at 6.00am but after a bit of running, the blister on my left heel started to bother me. Started out with a plan to do a 10K run but only managed to do 6K. huhuhu 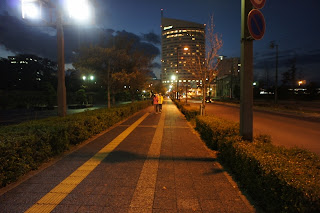 Can you see a couple running way in front of me? I wasn't the only crazy one to do this, you know. LOL 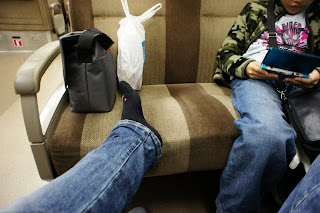 Since the blister bothered me a bit, I had to do this while travelling in trains, to relieve both leg fatigue (from continuous walking not so much the running) and to avoid the blister being compressed. My feet doesn't smell, I promise!
Email Post
Labels: Itchy Feet Out and About Travel - Japan Vacation