Actually, I didn't do much running because I am not a mountain goat! Most people ran; they are hardcore but I stuck to my plan of walking the inclines and ran the declines. I admit, I am lazy.

I plan to finish the Gunung Nuang Ultra within 12 hours and I want to savour every minute of it. Plus I really want to train to be on my feet for long hours to prepare for another challenge in April!

I've never done any trail race after Salomon X-Trail way back in 2012. One baby trail experience and here I was, in the company of many experienced trail runners, setting off to do the Gunung Nuang Ultra.

I've been to Gunung Nuang a few times before but as a hiker. Been to other trails too but I don' run on trails. Cannot see very well so I played safe, I just walked. LOL 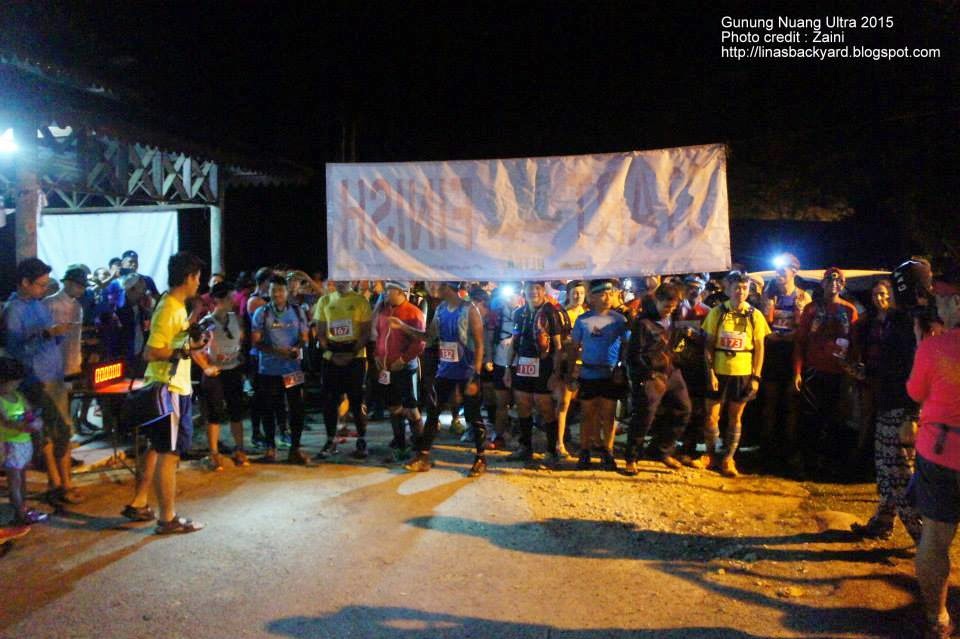 The format is simple. Just complete the 10K loop from Renjer-Balak Trail (never ending road)-renjer, and do it as many as you can or want to.

I feel that the loop/lap format of Gunung Nuang Ultra is a good platform for any runners who want to move on to ultra trail events. You get to practise and hone your endurance and yet, you'd feel safe knowing there is a water station and support at 5K mark.

My goal was simple. 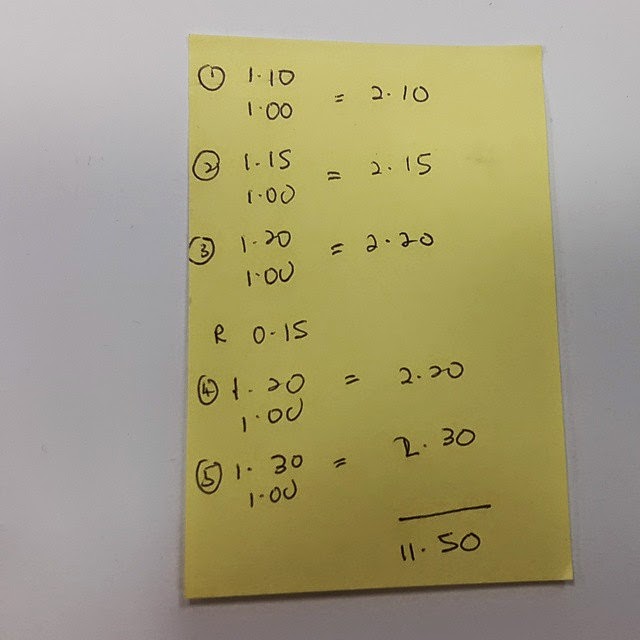 Complete each loop (notice the circled number, up to 5?) within the targeted time and aim to finish in 11hours 50minutes. 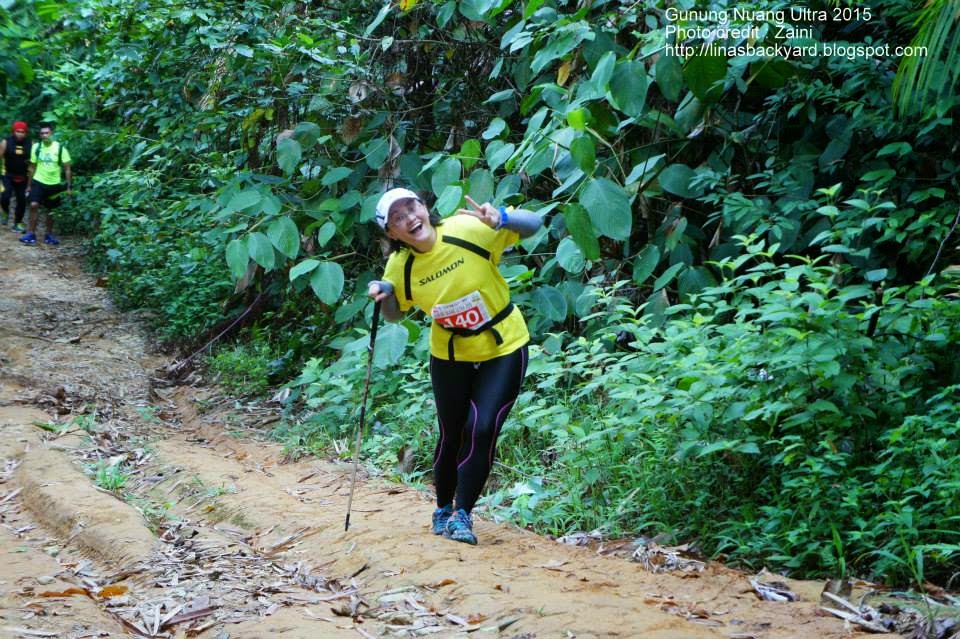 First and second 10K loop went by without too much suffering. But I guess my plan of taking it easy for the first loop (it was still dark after all), made other runners quite worried about my well-being. As I plan to last for 12-hours, I didn't want to push too early in the race although my plan made me the last runner that day.

Furthermore, I warm-up really slowly and it was well after an hour that my calves stop screaming in protest and I felt more comfortable tackling the distance.

Support from fellow runners and even friendly hikers and campers were really much appreciated. Not to forget the cheerful volunteers. ^^

Made through three loops well within my targeted time so I decided that I can afford a longer resting time.

Apart from the official refreshment area set by the organiser, there were food sources (hahaha) from other supporters too and I hanged-out at the PACat Team support station.

For the first and second loop, I feasted on watermelons and enjoyed soursop drinks to ensure that I fill my tummy and not get hungry on the trail. Nothing is more energy sapping for me than being hungry. 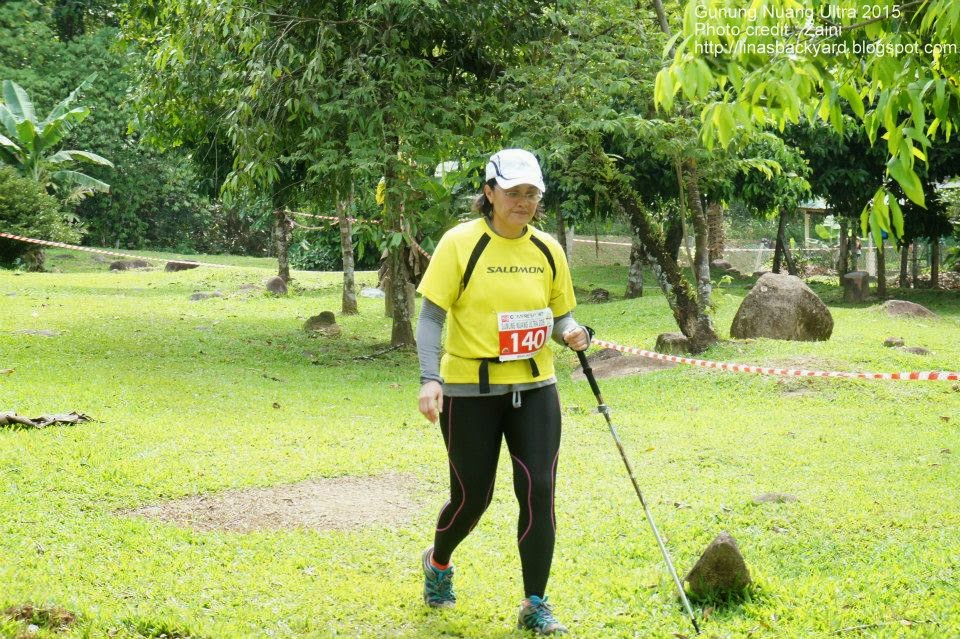 Starting on my 3rd loop after 25min rest.

I stopped longer as it was already around lunch time, ate the nasi goreng with ayam goreng berempah served by the organiser and gorge on more watermelons. 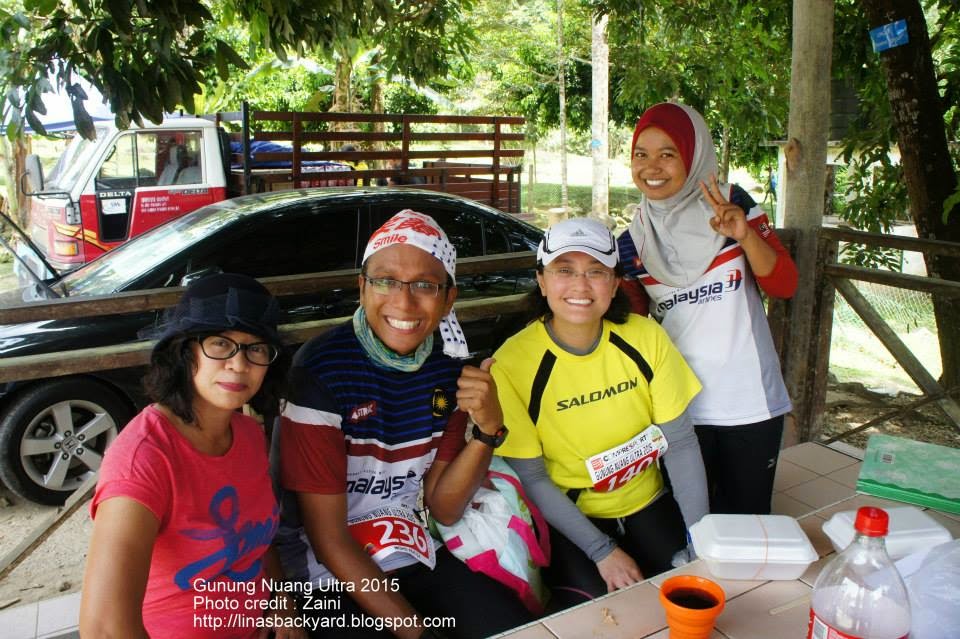 So the rest stop got a little bit longer for not only rest and eat but also chatting and photo sessions. Hubby had to literally shoved me out to make me start on my fourth loop. LOL

Anyway, both my knees had started to get painful well into the third loop and I started icing them each time I got down to make it feel slightly better. It was sheer murder trying to run down on steep declines with painful knees, I tell you.


I started the 4th loop with an ice-cream in hand because the organiser treated us runners with free ce-cream. And thank goodness a fellow runner later caught up with me and we chatted and chatted while going up the loop again.

It was always such a relief to arrive to the end of the "Balak Trail" as it meant that we get to make a u-turn and head back to the starting line although it also meant my knees would later need to do a whole lot of pounding.
Hubby promised to accompany me finish the 5th loop together so we set off to do one final loop with 2 and a half hours to spare before the cut-off time.

It was hard to do the 5th loop. Not only the knees were hurting, my crotch was in pain too but never say die, right? I just needed to just keep moving, after all. But I was too slow this time.

Friends caught up with us around 1K into the loop and a friend kindly "towed" and pushed me up. I called her evil but I am truly grateful for making me move faster.

Arrived the 5K mark with an hour and 10 minutes to spare. Hubby got worried but I was feeling relaxed because I somehow was confident I'd at my slowest made it down within an hour. *Sombong!*

I thank the volunteers at the 5K mark and happily told them that I won't be seeing them again. I'm finishing my run and soon they'll be finishing their shift. ^^

Anyways, much as I tried to run down each time we faced a decline, I had to stop or slow down because the knees protested whenever it was too steep but I started to run again as we reached the cemented (ugh... why la cement the trail?) part of the trail.

My 5 loops done and the temperature of the day.

We were lucky this year. It wasn't as hot as last year.

Happy I made it although there were a few times when thoughts of just doing 30K or 40K did came up in my mind. Glad I persevered and grateful that hubby would push me to not linger too much.
Thank you for everyone involved that day.