Son decided to spend Saturday at his granddad's house so hubby and I had the luxury of spending a few hours on Saturday without worrying about him too much. 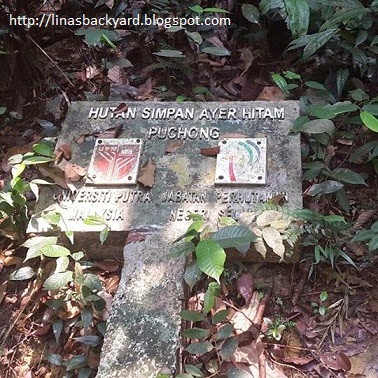 We decided to do a few loops at Forest Reserve Ayer Hitam in Puchong, which is nearby Taman Wawasan. Again. Hahaha

Four and a half hours of doing the 3K hilly loops there and it's time to head home. 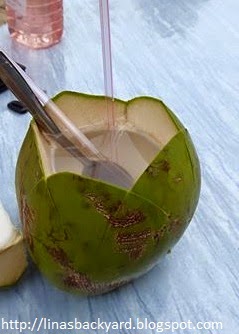 But not before enjoying some nice coconut drink from a makeshift stall at the base of the hill.

And then, off we went to pick up Raimie and head to another place to visit someone.

It was only after dinner that we finally got back home. A FULL DAY!

Remember my previous post about running in the Mid Valley City Charity Run? 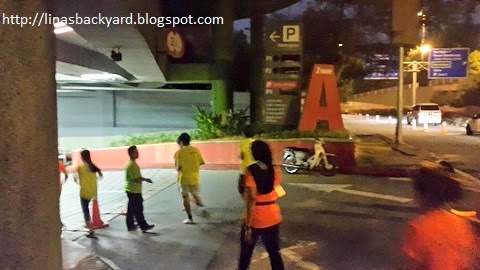 A novelty at this 5K run, we not only were able to run around the Mid Valley/Gardens Mall, we got to run inside them!

The first loop of the route saw us runners running around the Mid Valley/Gardens Mall road and the second loop had us going into the underground parking area! 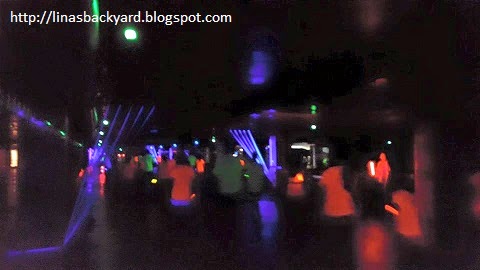 Mid way through the run, we collected a glow stick lanyard and entered the parking area which was purposely darkened and decorated with glow-in-the-dark decorations. Cool!

But I wish they put on music on or something in the car park area because it kinda felt like we were running through a haunted house attraction. LOL

I expected to finish slow as I had to wait for the congestion to clear up at the Starting Line and that actually took about 3 minutes.

There were a few times along a certain stretch that I had to stop and walk because it was too crowded and impossible to run.

But hey! Despite an easy paced run, I finished in 28minutes (inclusive of that 3minutes waiting for the crowd to thin out). Ahaha 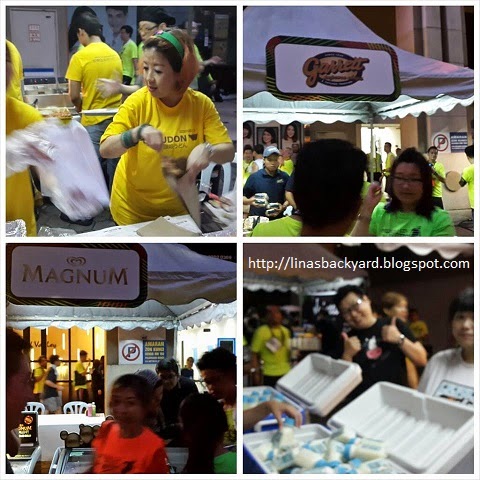 What to do after finishing my run?

There were no breakfast pack served this year, unlike last year despite an increase of RM20 in registration fees. But then again, the 2nd Skin event tee is nicer than the New Balance tee that we got last year.

As we had other plans for the morning, we only queued at some of the booths; Ori-Udon (hot dog on skewers), Garret popcorn (popcorn), Magnum (magnum ice cream!) and Moo Cow (yogurt drink) and decided to give Juiceee booth a miss as the line was really loooong.

There were Milo and Nestle Fitnesse cereal too, so it was a nice "makan" after a short run. Hihihi

Later, hubby and I head off to Ayer Hitam again to tackle the hill again. 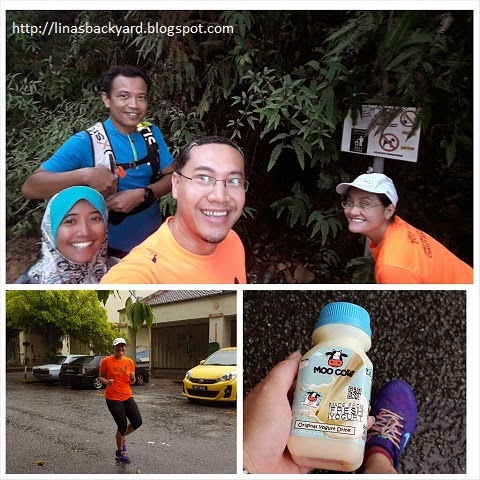 Bumped into a couple of friends and we started the hike together. But as they were faster, they went ahead and we continued at our own pace.

A 5K road run earlier and a 12K hike, it was nice to enjoy the free Moo Cow yogurt drink that we received at Mid Valley Charity run. Yum yum.

It rained when we were at the trail so the coconut stall was closed otherwise I'd stop and drink another coconut drink there.

Just a short hike because we needed to rush back before noon for a get-together. 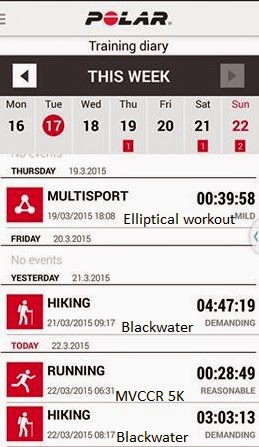 Looking forward for a new week!