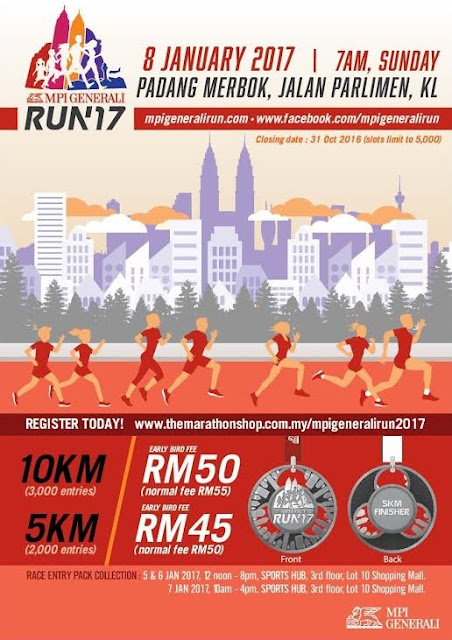 It is a refreshing take on a community run that aims at presenting the best locally infused run experience to participants from all walks of life.

The distances have been simplified to two: 10km Competitive Run for solo runners and 5km Fun Run for teams of four, three or two, though solo Runners are welcome too. Taking place on 8 January 2017, the sixth MPI Generali Run has lined up exciting new concepts and attractions for families and friends to get healthier together, such as the Cosplay element for the 5km Fun Run. The theme is “Prince or Princess”, and the three Best Dressed “royalties” will get to win prizes.

With all the novelty, certain things remain evergreen and are kept for this new Run series such as:
Registration for MPI Generali Run 2017 will start from 15 August 2016 at themarathonshop.com.my/mpigeneralirun2017 with an early bird special discount. 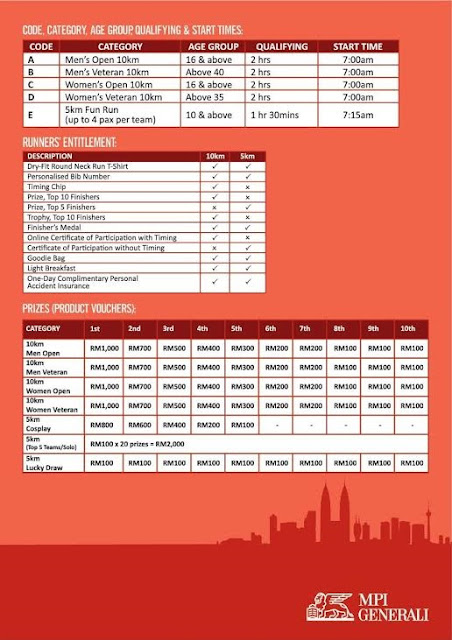 MPI GENERALI RUN
MPI Generali Run is an annual run designed to help the community get healthier together. Kickstarting the local running calendar since 2012, MPI Generali Run has established a reputation as a well-organised and punctual event with well-designed run routes as well as a strong following comprising both new and seasoned runners.

MPI Generali Insurans is proud to position itself as the pioneer general insurer in organising a community-based run in Malaysia and including the run in its CSR programme.