Last week, Hubby and I braved the after office hour traffic jam to attend the PUMA Night Running Club Clinic which is held once a week at Desa Parkcity.
A huge turnout of﻿ runners eager to train at the running clinic but I was told that the crowd was a tad smaller than what they'd usually see.
As most were preparing and tapering for the weekend's Standard Chartered KL Marathon, the menu that day was a tempo run (if I recall and hear correctly lah). 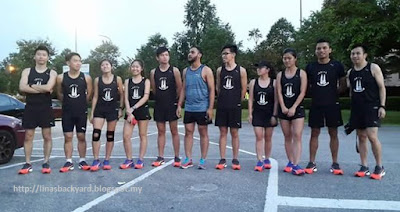 The session started with a some dynamic warm ups led by the pacers(?) of the upcoming PUMA Night Run and then we followed the group run.
They are all wearing the new PUMA Ignite Dual model, by the way. ^^ 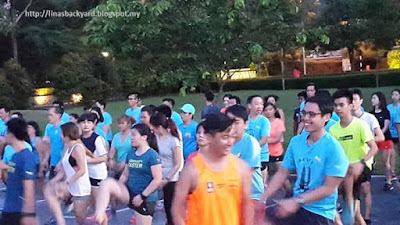 Warming up session at the car park. 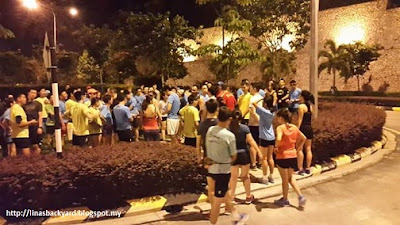 Groups were separated into pace and I joined the 7min pace group as I was only planning to do an easy run after all.
Met a number of familiar faces and I ended up running together with a running/blogger buddy and chatting the whole way! LOL
I had on my new PUMA Ignite Dual shoes, courtesy of PUMA Malaysia for the run so that I could test it a bit around Desa Parkcity. 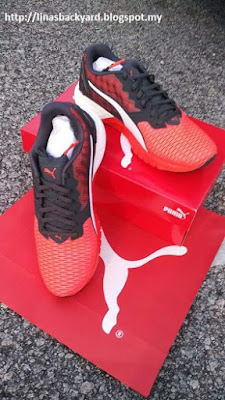 Verdict : A nice shoes with soft, flexible toebox.
I did get a half-a-size too big for me but I think I could remedy it by wearing my Thorlo socks with it.
I'll be putting the shoes through it paces later during PUMA Night Run and see how it'll really fare.
Mana tau, this will be THE shoes for a new PB? Hihihi
The PUMA Ignite Dual shoes has already hit Malaysia shores since August 1st, 2016.
Oh yes, for those who had registered for PUMA Night Run but unable to collect their race kit last week, fret not. 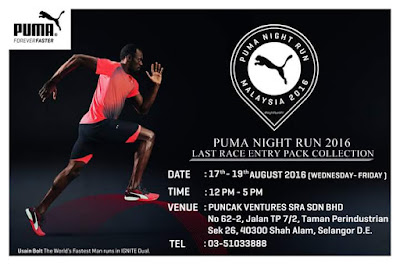