Best Of Running Moments In 2016

While doing so, I've had fun. Improved my 10K and HM timing. Gain plenty of experience.

Some highlights of 2016 running: 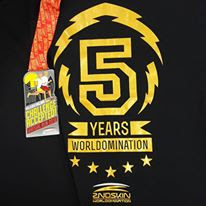 My one and only virtual run.


There are plenty of virtual runs available nowadays but I like 2ndskin Virtual Run Challenge as it has a challenge within a challenge i.e. run either a minimum of 10K or 1-hour, run 20.16K (or more) within 3-days or run the highest mileage of all the contenders.

The 2ndskind Virtual Run Challenge sure was a great motivation to kick-start my 2016 training for the year. ^^

Will I join other virtual runs? Probably not. I'm not a fan of those virtual runs with the only purpose to join is to get a medal and t-shirt. I've got too many medals to care about adding more needlessly. 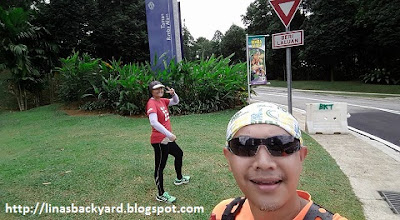 February saw Hubby and I doing our one and only 50K LSD for the year. I'm only training for a half-marathon this year, remember?

The 50K LSD was special because we're finishing an unfinished business.

We called our run the Darussalam Fun 50 because the idea was conceived when Hubby, myself and a late friend were having lunch during an LSD that we did in Apr 2015. The friend had wanted to train for a 100K race and we promised each other that we'd do a 50K LSD with him. 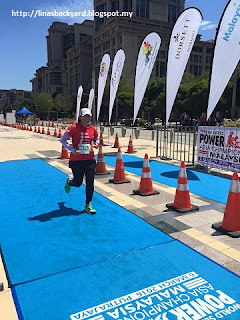 My first participation in Powerman.

But I did the relay lah. Both legs so I ran in Leg 1 & Leg 3. The cycle leg was done by a friend who was introduced to me by another blogger, Missyblurkit.

I'll be joining 2017 Powerman Malaysia on March 5th, 2017 but with another teammates. This time I won't be so tamak as my team has three members. I'll only be doing the first run leg. 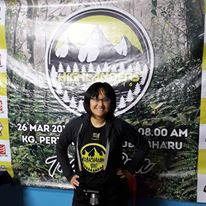 I don't do a lot of them. Just a few this year, and just short distance.

I've volunteered in a few too, like the Highlander Series Bukit Kutu and a few other runs too, mostly fun runs which are nice because those who joined fun runs and themed runs are very friendly and relaxed. So syiok to kerja. Hahaha

And oh, I'll be back as a volunteer in the 2017 edition of Highlander Series Bukit Kutu 2017 which will be held on May 13th, 2017. And also Conquer The Trails, Bukit Kiara next month a week after my FM at Twincity Marathon. Gonna mereput for two weeks after the FM so might as well use the time to give back to our running community. 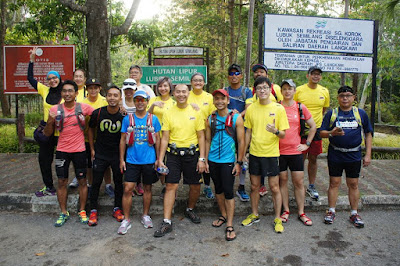 This is a good way to get the feel of a race-course before the event itself.

Thanks to the organiser of BDB Triple Challenge, I and a few other runners and bloggers had a ball running the course of Langkawi Climb & Run 2016. All 4,287 steps of Tangga Helang Seribu Kenangan and the downhill road back to the start line.

I also had the opportunity to experience part of the 100K route of The Magnificent Merapoh Trail (TMMT) earlier during the year.  Plus The Bursa Bull Charge Run.

Sure was great to be able to try out the route before the event day itself. With the organiser. 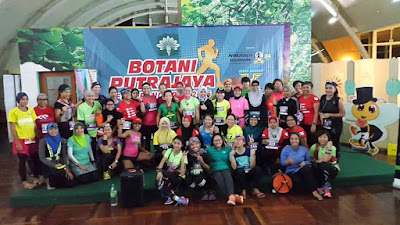 I totally didn't sign-up for anything more than 25K this year so of course no ultra runs in 2016. The 10 that I did (not including the one I DNF. Wahaha) in 2015 is enough to last me a few years kot. Hahaha

But I had the opportunity to still be around ultra runners as a volunteer and crew for a few ultra runs in Malaysia. Jadi kuli is OK also when one doesn't want to run the distance.

I'm hoping to be back to Taman Botani and cheer runners as they run around the park for 24-hours again, soon! 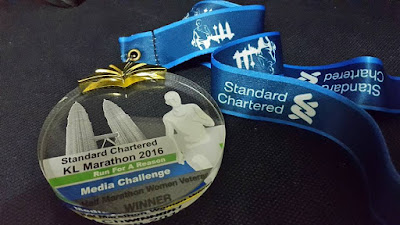 Getting better and winning challenges.

Looking forward to run in the Full Marathon category at SCKLM 2017. 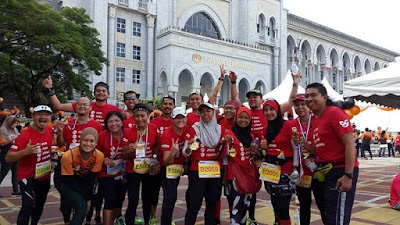 The PB of the year! At TM Fan Run Half Marathon.

It was quite accidental as I initially joined the run for the running mileage.

But as friends in Gaited Community (GC) were discussing about race strategy and getting a sub 2:30 finish, I decided to join the 2:30 bus during the run and ran my fastest half-marathon finish ever.

Running with friends sure was fun and I felt good and happy for most part of the run. The last K was crazy though. Another friend from GC paced me and we were pushing a 6min+ pace for the final kilometre. But I was glad he did it as I probably would have just slowed down as I approached the finish line.

I finished way better than I had expected. Thank you GC! 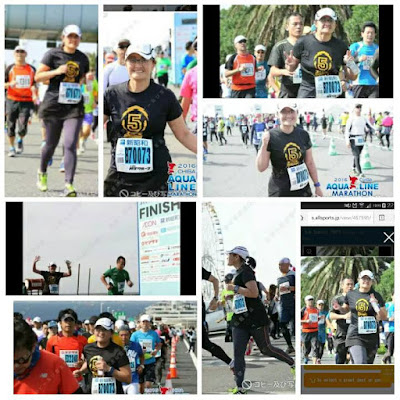 Chiba Aqualine Marathon. I joined the half marathon category.

I had fun, definitely.

This is my one and only overseas run this year. And yes, my limit is just one overseas run per year because I don't print my own money. Kekeke 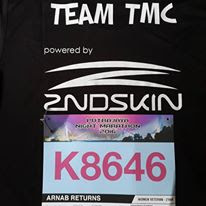 I ran in Putrajaya Night Marathon courtesy of Team TMC.

Thank you for believing in me and giving me a chance although I certainly am not a podium runner. 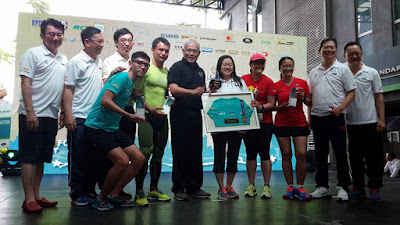 Another chance to run for a team in MRCA Charity Relay Run.

This time in a relay and the awesome part was our team finished 2nd place! Wooohoooo!!!

It was a nice experience to get on the stage after a run, once in a while. Somehow, I managed to do it 4 times this year and it was totally unexpected, for runs ranging from the 900m relay to a HM in Taman Botani, Shah Alam. 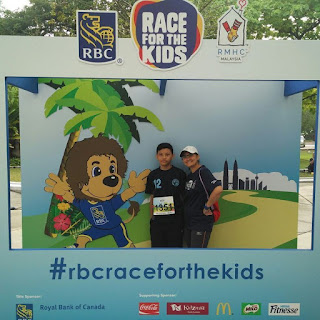 The best part of running is running with my family, of course. PB or no PB.

We joined quite a number together this year. From a 1-mile Nestle Walk-A-Mile to a 5K at Ice Watch Light Up The Night Run and a 10K at PUMA Night Run, to name a few.

Hope to do it more often next year. Hehehe

I managed to achieve my goal for a better HM timing, have fun, learn a lot but all these won't be possible without the support of my family.

So thank you hubby and son. *muaks*

Looking forward to do my 4 Full Marathons for 2017 (yeay, finally can upgrade) and have fun while training and running. Train hard, run smart and most importantly, enjoy running.
Email Post
Labels: Close to my heart Itchy Feet Musings Out and About