I finally got my butt out to go "shopping" today.
Shopping that cost no money, that is. Hahaha 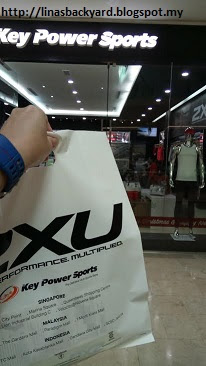 Where, first.
To Key Power Sports at Gardens Mall.
Because tomorrow is the last day of redemption and I needed to redeem something, after months of procrastination. 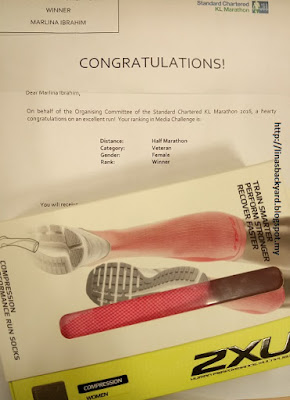 Thanks to SCKLM 2016 Media Challenge, which I was the winner for the Half-Marathon Female Veteran category; I am now a proud owner of a pair of very "atas" 2XU compression socks. Hahaha

See you at SCKLM 2017. I'll be running in the full marathon category next year! ^^
﻿
Email Post
Labels: Close to my heart Hobbies n Stuff Itchy Feet