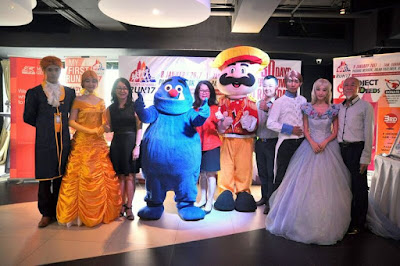 Artists cosplaying Disney’s Belle and Cinderella danced with their respective Princes to the delight of the guests at the 30 Days Countdown to MPI Generali Insurans Berhad’s upcoming Run. The delight turned to laughter when the local favourite mascots of Mamee and Mr Potato appeared and joined the dance.

The royalty’s presence showcased the 5km Fun Run’s Prince & Princess theme. The cosplay element is introduced by the general insurer to add more fun to the family-friendly annual community run. 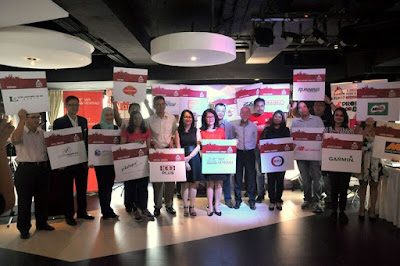 MPI Generali’s Chief Executive Officer Oliver Tan in his speech thanked the guests for their support: “We are sure with your continuous support, we will have another successful series of Runs to put under our belt.”

In his speech, Oliver also touched on Graduation Run, which is the last session of My First Run Clinic, and Project Good Deeds, the CSR initiative that has complemented MPI Generali Run since 2014.

Graduation Run will be happening at Sri Hartamas large playground this Saturday 10 December 2016 to celebrate the close of the programme and “graduation” of the participants. The session will be capped with Graduation Breakfast.

MPI Generali Run 2017 is gathering momentum as the date draws near. The Organising Committee encourages both supporters and followers to visit the Run’s official website or follow its Facebook page for updates leading to the Race day.

If you are interested in becoming a sponsor, partner or corporate supporter of future MPI Generali Runs, kindly get in touch with Natalie Hau at +603 2034 9888 Ext: 7807 or natalie_hau@mpigenerali.com.
Email Post
Labels: Promo