This was last weekend's story. ^^

Trying to avoid gastric problem like I experienced when I was about to do UM24, I tried to avoid similar experience the weekend that I was doing the MKH Kajang International 12-Hour Walk by being rather careful of my food intake. 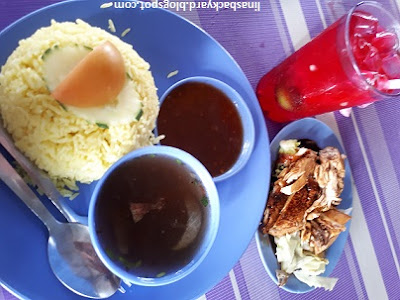 That meant, something unadventurous and tummy friendly like this plate of Nasi Ayam. Hehehe

This is what I had for lunch on Saturday and later for dinner, just filet-of-fish at McDonald's.

This despite us, being in Kajang where there are plenty of food abound and of course satay too!

Satay Kajang just had to wait for later. 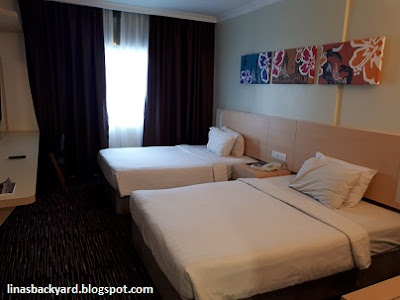 The family and I checked-in to Prescott Hotel in Kajang so I can have a relaxing day and take my time before  heading to race site later at night. 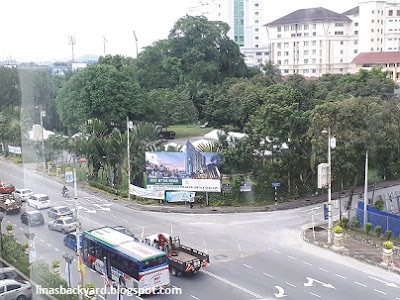 It was just across the street from the race venue and we could see the  venue from our hotel room!

Room wise - OK lah. Nothing to shout about. But it's good that I booked the hotel room because during the race, I didn't feel sheepish at having to use the hotel toilet. Hahaha 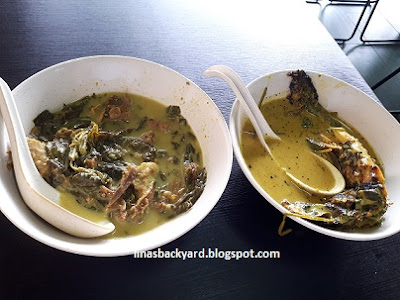 We had initially planned to go to Miyagi Japanese Restaurant on Sunday to celebrate me finishing the 12-hour walk, getting 13th place in Women Open and also managing to complete 64km but then we decided to eat gulai kampung instead.

So we stopped at Restoran Gulai Kampung in Bangi and enjoyed a really nice (but of course spicy) masak lemak ikan keli and masak lemak daging salai. 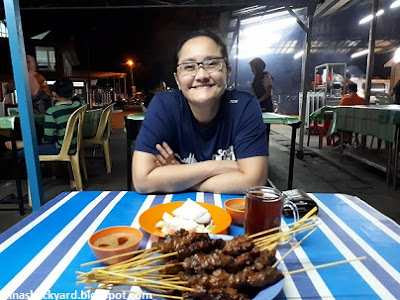 Hubby and Son had enjoyed satay Kajang at Satay Rono while I was doing the 12-hour walk and I finally get my satay later on Sunday night.

And use the prize money I received from my 13th placing to celebrate lah!

Not satay Rono and no satay kambing but Satay King is equally nice and we enjoyed some beef satay.