RAUR stands for Rimba Alam Ultra and its first edition in 2017 was held at Taman Rimba Alam in Presint 15, Putrajaya. 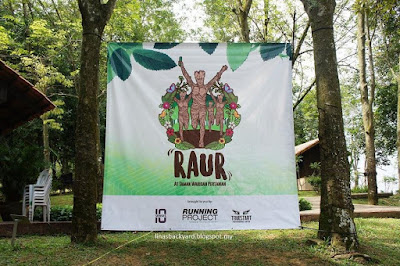 For 2018, RAUR was back on Saturday, 12th May 2018 at a new place and with a slightly new format. Taman Warisan Pertanian at Presint 16, Putrajaya was chosen to be the race venue this year.

RAUR is a 12-hour ultra relay race for a team of 4 runners and this year only teams of 4 categories were opened - all male, mixed (both open & alumni categories).

The format for RAUR 2018 was, each runner took turn to run a 1.2km fast loop and winners were chosen for these categories:
1) fastest team to reach a total of 52.8km distance (a total of 44 laps)
2) longest distance covered by a team in 12 hours.

While Hubby and I wasn't part of the crew or volunteer for the race this year, we still kinda kepohed both at RAUR's REPC held a week earlier and then dropped by at RAUR on event day.

From what I learnt, the numbers of teams were kept low in accordance to the park's management wishes and also in view of the race venue ability to cope with visitors itself. 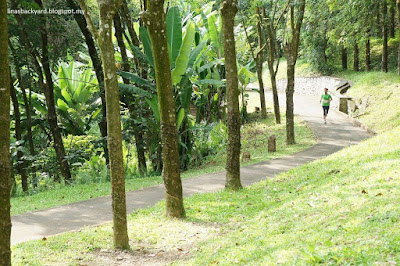 The 1.2km loop that the runners had to do saw them running passing by several sections of "plantations" from rambutan back to the rubber trees and through sections that visitors to the park would not have passed by, by themselves.

The race was flagged-off at 7.00am and supposed to finish at 7.00pm for those aiming to complete the full 12-hours and aim for the longest distance category win. However, just like last year, it rained heavily at around 4.00pm and with thunder and lightning to boot.

And just like in 2017, the race director made the decision to stop the race early for safety reason.

I wonder if the same thing will happen in 2019. Hehe
Some photos taken between 2:45pm to 4:00pm can be viewed at Cik Arnab & En Kura-Kura Facebook page. Do LIKE and FOLLOW us for more race updates and photos.