It's always sad to see how many strays there are, not only around my neighborhood but everywhere. And not only cats and dogs but other animals too. We see new animals out on loose  every now and then, some looking very lost.

And yesterday, it's sad to see how a stray kitten was accidentally ran over by a neighbour's car and its remains was just left lying on the road, without the effort to at least move the body. 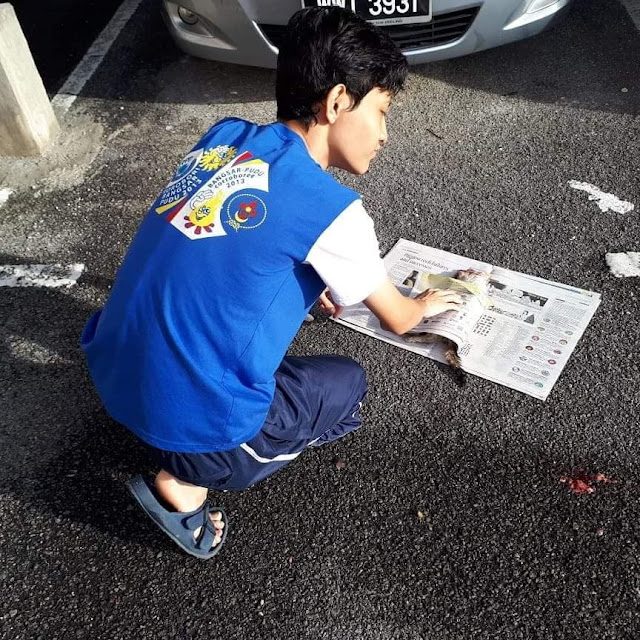 Son came down and brought some newspaper to move the dead kitten and its body was already rigid. That meant, it had been left there for hours with no one caring, although its body was right in front of cars parked in the car park area!

Sure, I guess nobody was at fault or obliged to clear its body but it's quite sad to see it being ignored for hours.

The cleaners who had just reported to duty that morning came later, and I guess someone had reported it to them to clear and clean. 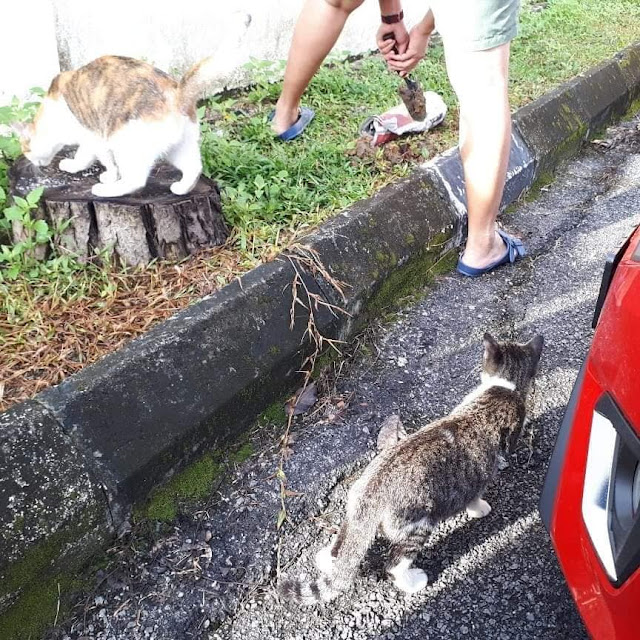 But by that time, we had already buried the kitten.

Here, its mom looked on as we dug a hole for the poor kitten.

There are a number of strays around our area, most probably because  there are a few of us who feed and care for the strays. One neighbour even helped arranged for some cats to be spayed. Kittens from these strays do get adopted from time to time (although not all).

Do you know that the Selangor state funds that subsidise spaying had been used up?

Anyway, just as there are those who are worried about these strays' wellbeing (cats and dogs but dogs aren't allowed to roam in our apartment complex), there are also those who complained about us to the management.

I guess they have the right to do so as their reason was those who feed these strays encourage strays to live in our area.

It's not an easy cycle. Rescuers and feeders aren't the only ones to be blamed and be saddled with the responsibility to ensure strays are safe, won't cause a nuisance to the community and also to pay for the cost of spaying them. The easiest way to cut down strays I think is simply, is for pet owners to stop dumping pets in the first place and be responsible about pet ownership!
Email Post
Labels: Close to my heart