We visited MyTown Mall or rather, we actually went to IKEA as we wanted to check out a new sofa to replace our 16-year old IKEA sofa.

We arrived at 2pm and first order of business was to look for a place for lunch. The day being a public holiday, of course almost all food outlets were full.

We finally decided to try ParaThai and we just had to wait for a few minutes before a table was available. 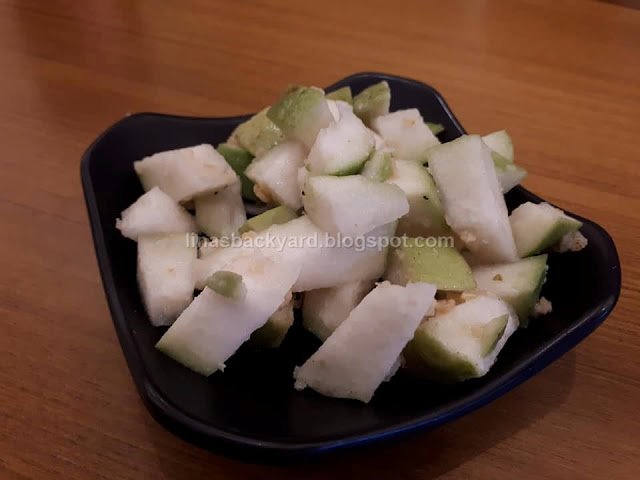 After we made our order, we were served this appetizer of guava mixed with asam boi and lime (I think).

It's quite nice and refreshing but do note that just because you didn't order it, it doesn't come free. It's RM3.50 per bowl. So decline if you don't want to be charged for something you don't plan on eating.

Same like the wet towel which were already placed on your table. It's 80 sen per wet towel. We didn't use any and informed the cashier to take it out from the bill upon payment. 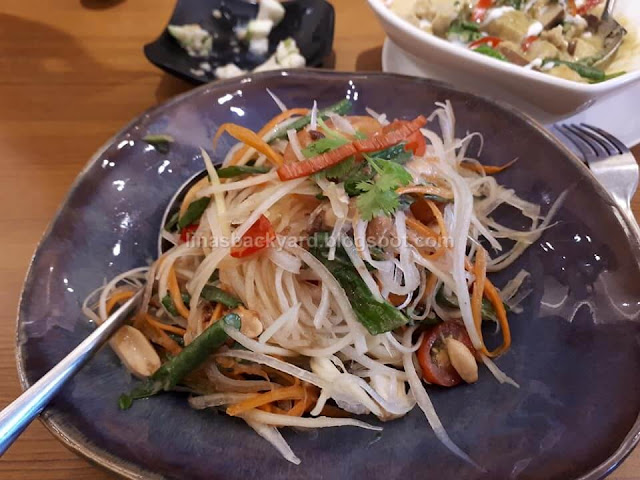 This one is a winner. It packed a punch and the serving was generous.

Definitely will cry because of its spiciness. Hehehe 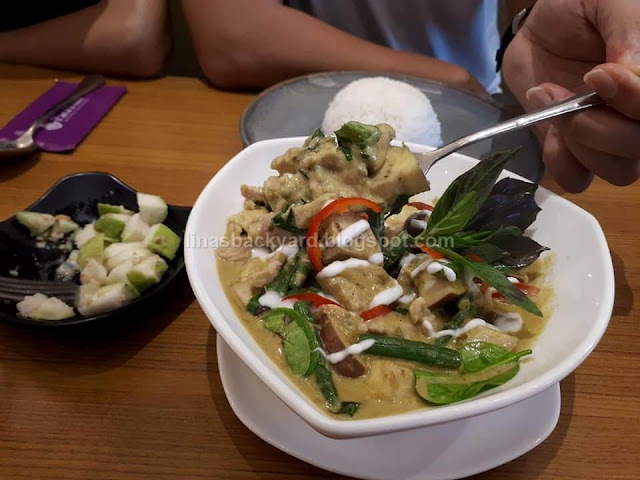 Hubby ordered Thai green curry which I also nicked some from him.

Very rich and fragrant. This one's a thumbs up from us too.

Rice is RM3.50 (and I was asking Hubby, no refill kah? Hahaha... Well I get rice refill at Absolute Thai). 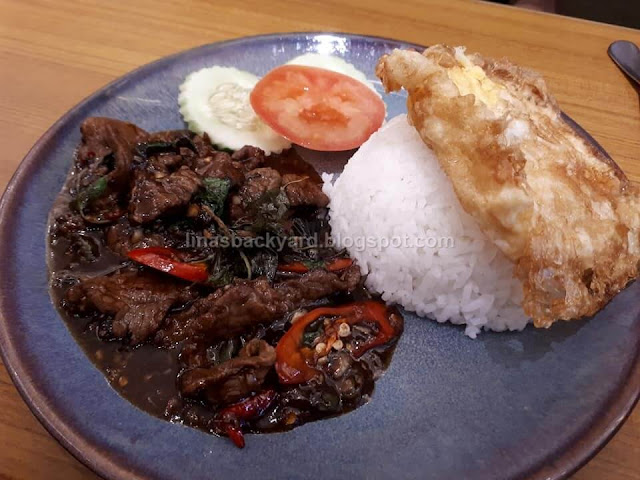 Son ordered the beef with basil leaves served with rice and sunny side up set. 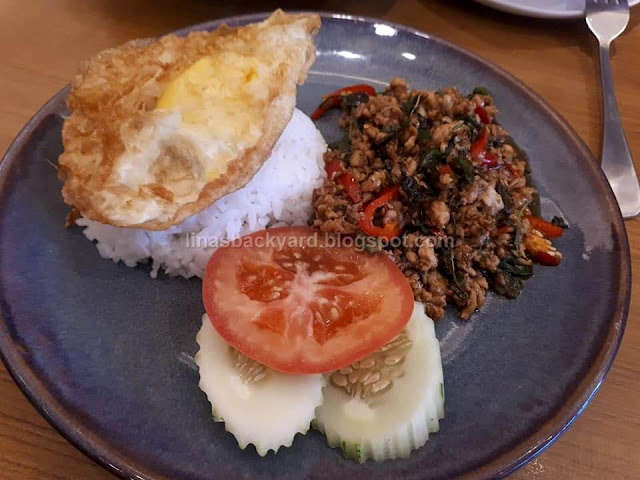 I ordered the stir fried minced chicken with basil leaves served with rice and sunny side up.

Not as nice as our neighbourhood tomyam does it and not spicy at all despite all the chilis seen in it. And I seriously don't really like how the fried the eggs.

But still passable and much nicer than the one we ate at Mister Tuk-Tuk.

We decided to order just plain water (charged RM1.20 per glass) but we ordered a bowl of red ruby and shared it. 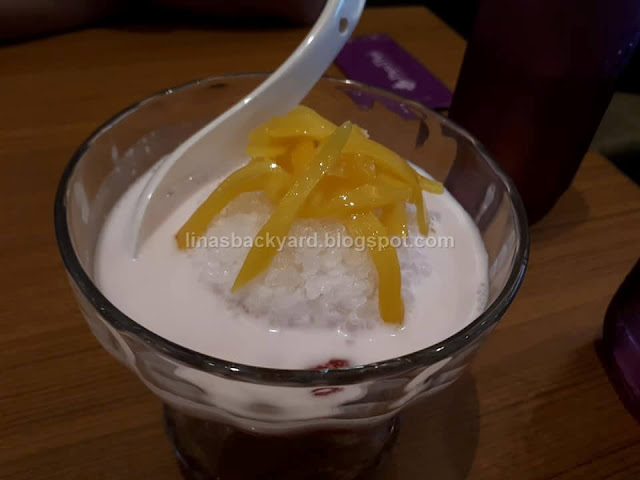 As we were eating the red ruby, we told Son about the nice desserts shop where we enjoyed A LOT of really good desserts when we visited Phuket in August.

I'm trying to find a good date to have a whole family vacation in Thailand but other than the Chinese New Year and Hari Raya weekend, it'll be hard to have a vacation with Son before his SPM later next year.

See how la. The flight tickets to Phuket during the Raya weekend is still not that expensive at the moment...

At least, it'll be like a mid-term break for him from studying for his SPM right?
Email Post
Labels: Celebration and Holidays Close to my heart Makan Time