Climbing Up 54 Floors of TM Tower, Powered By Potatoes USA!

Last Sunday was a hectic day for us. Hubby and I woke super early because we had three events to attend, and all before noon!

First, we were already up and about at 6 am as I joined the Good Earth Run held at MAEPS, Serdang. 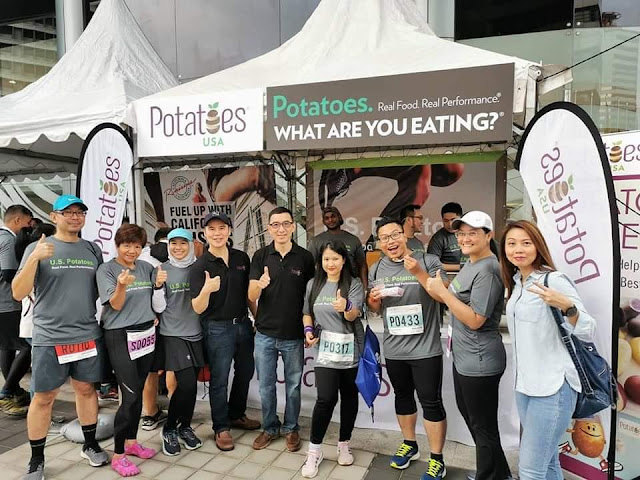 Fortunately my second event for the morning; which was the Yayasan TM International Tower Run had Potatoes USA as one of the sponsors and participants enjoyed free-flow servings of their super delicious mashed potatoes with gravy and also potato with blue berry energy drink throughout the event. 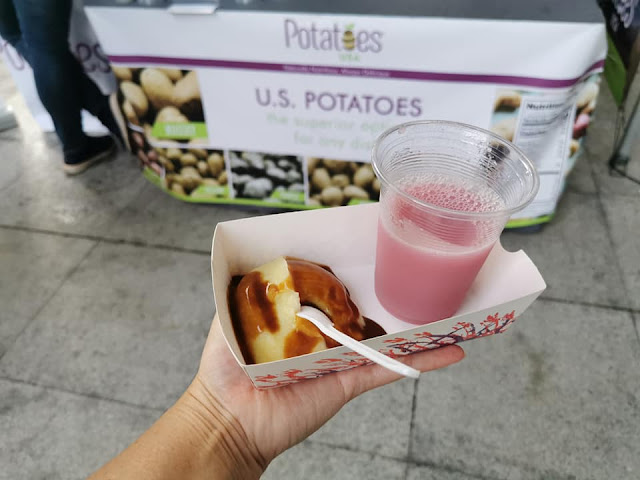 I queued three times to enjoy this!

The mashed potatoes was so fluffy and light, a perfect pre-run or pre-workout breakfast. And the potato with blue berry energy drink was so refreshing.


With yummy breakfast in my tummy, it was time for some warm up before my climb. 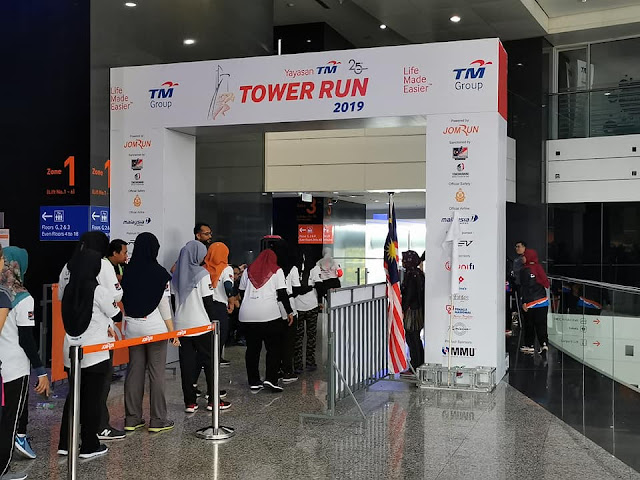 I was in the Women Veteran category so I had a later flag-off time, which was why I was able to attend the fun run at MAEPS earlier. Talk about being kiasu in joining races! LOL 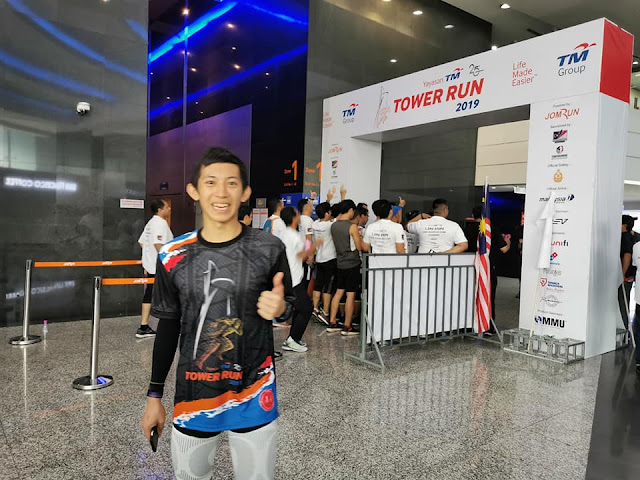 By the time we arrived, the elites had long done their "run".

Soh Wai Ching was crowned First in Men Open and Overall Number 1 with the time of 6:09.

MTA is the brainchild of Soh Wai Ching, a University Malaya Sports Science graduate. Towerrunning is an extremely affordable and efficient exercise and sport. MTA serves as the National Body for towerruning that sets the rules and regulations, promotes this highly rewarding sport and hopes to build a sizeable towerruning community.


The individual flag-off was a great idea as the stairs didn't feel congested at all as I made my climb.


I was initially worried about the stairs being stuffy but I didn't feel that way at all, all throughout my climb up to the 54th floor of TM Tower. 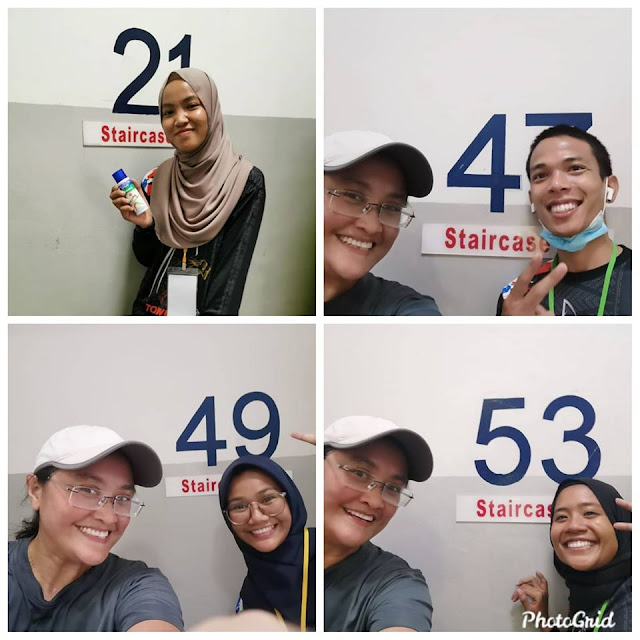 It also helped that the organizer had placed crew on every single floor and they tirelessly cheered for us.

Each crew had some towels to wipe off the railings that got wet from participant's sweat and there were also mops to wipe the stairs. Thumbs up!

There were two water stations provided so participants could take a breather and stop to hydrate themselves during the climb. 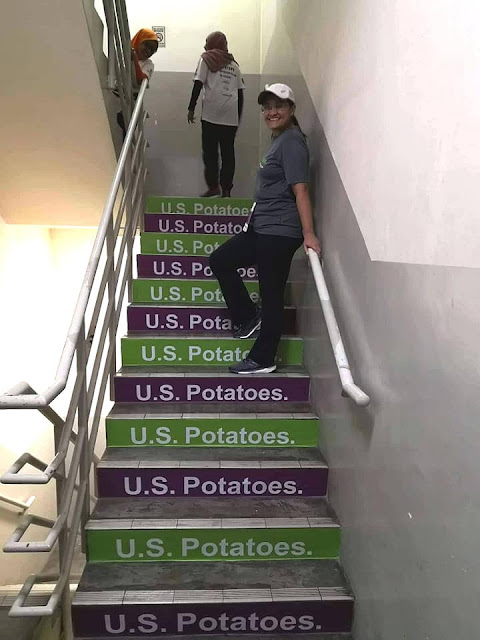 As I wasn't aiming for great timing, I just enjoyed the climb, taking photos and engaging with the crews. 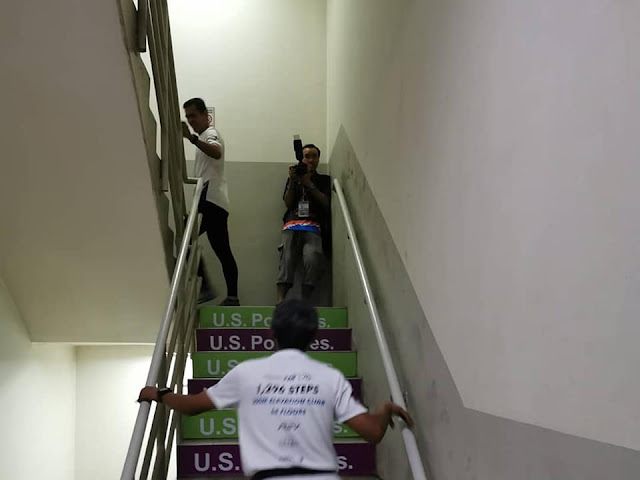 The organizer had even placed a couple of photographers on the stairs!

I actually waited for a few minutes to get a clear shot of the photographer, who is also a long-time running friend but couldn't get one lah. Participants were all excited to run up the stairs and I couldn't get a clear, unobstructed view of him! Power betul they all.

Thanks Kahwai for the photos and cheer. 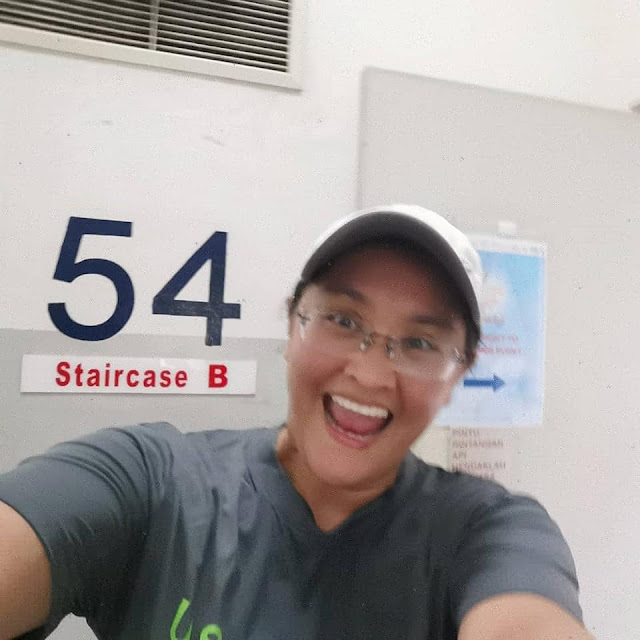 We were given our medal and a bottle of mineral water. There was literally no queue or bottleneck on the 54th floor, even as we waited to take photos with MAS stewardesses that were stationed there to cheer participants.

And there was very little wait for the elevator to bring us down. I got in with 5 other male participants so it was no squeeze at all. 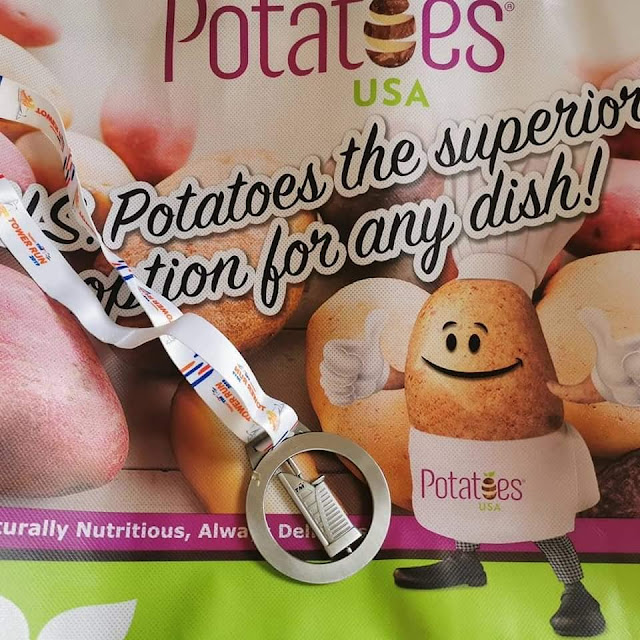 I think I have to thank all those mashed potatoes I ate earlier. I felt good (partly because I was just taking it easy on the stairs) and I didn't feel hungry again after I finished my climb. And I still felt energetic and hyper, running around looking for Hubby afterwards. Turn out, he was queuing for free pizza! 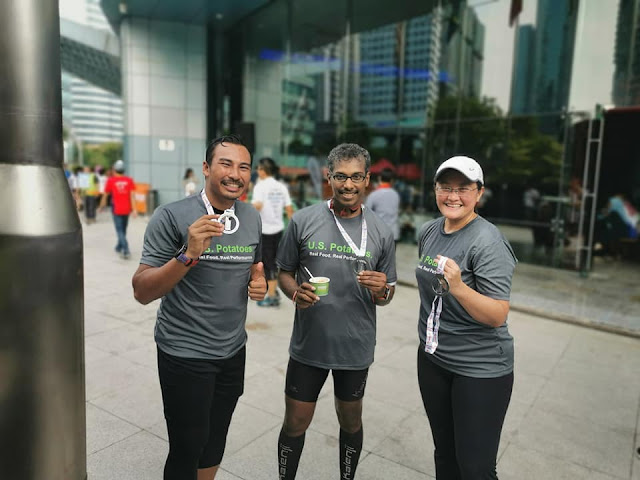 Bumped into a few running kakis and of course, must take photo lah!

Congrats Syawal & Suresh on your top 10 finish in your category.

Yayasan TM International Tower Run was a very well organized event and I hope that it will be held again next year.

Thank you to Potatoes USA for giving me a chance to participate in this awesome event.

I ate mashed potatoes served by Potatoes USA and had a good run and still managed to rush over for another event afterwards. Now, that's what I call "Real Food, Real Performance"!

Some photos and videos taken during the event can be viewed at our Facebook page Cik Arnab & EN Kura-Kura.