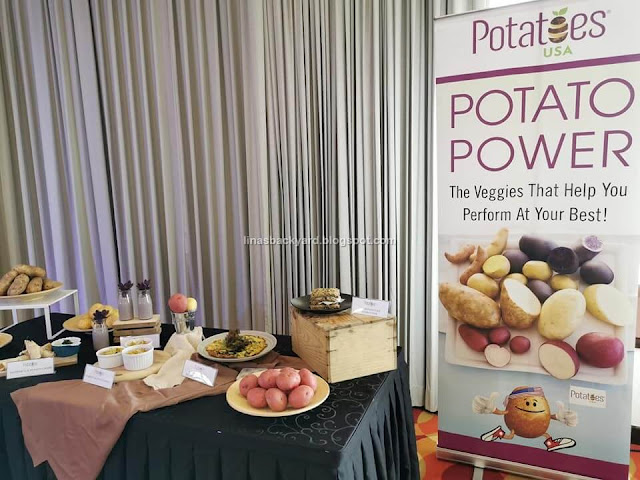 On Tuesday, we went to KL Tower for a launch of a very special campaign by Potatoes USA - "Real Food, Real Performance". 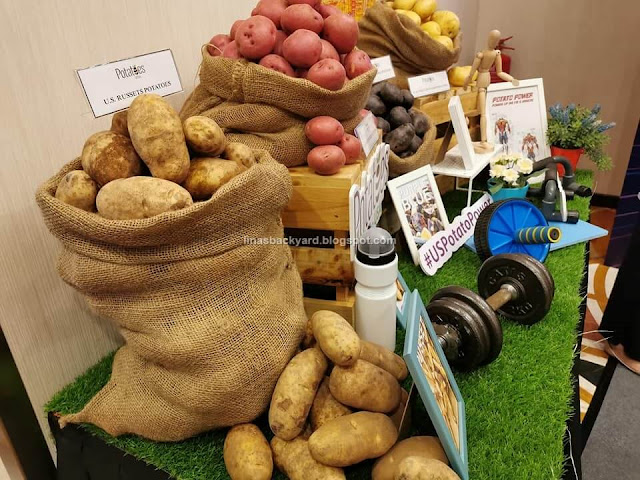 Besides featuring education on performance nutrition for a power-packed lifestyle, there were collaborative initiatives with several athletes for 2019/2020 and we were also able to learn more about potatoes and its nutritional values. We even get to see cooking demo using potatoes!

It's an all-rounder event to showcase the power of potatoes, and specifically, Potatoes USA.

Sport Dietitian / Nutritionist and an avid runner herself during the sharing session.

Adele explained, “Carbohydrates are one of the key nutrients in performance nutrition. Athletes engaged in high volume and high intensity training require adequate amounts of carbohydrates for energy. Based on current research, my experience working with athletes as well as being an athlete myself, it is clear that performance suffers when insufficient carbohydrates are consumed. Specific amounts will depend on the context of the athlete.” Meanwhile another sport science expert also recommends that the daily carbohydrate intake for athletes range from 6-10 g/kg body weight.

“U.S. potatoes are an example of an excellent source of carbohydrates. They are rich in vitamin B6 and C, potassium, folate, fibre and antioxidants. They are extremely versatile and filling, making it a convenient source for athletes” she elaborated. 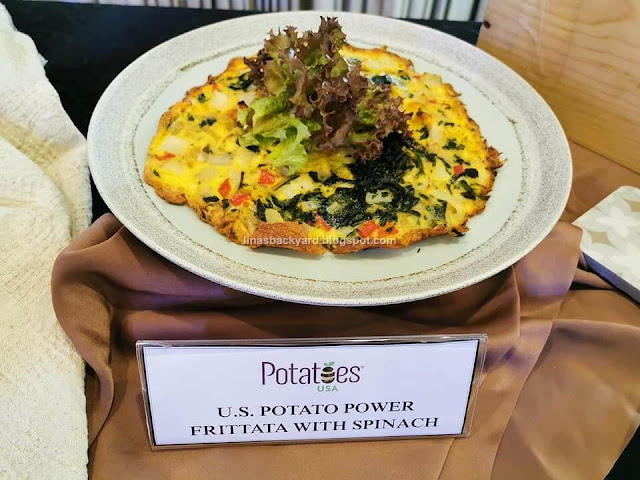 Which includes a cooking demo of this delicious looking Frittata with Spinach. 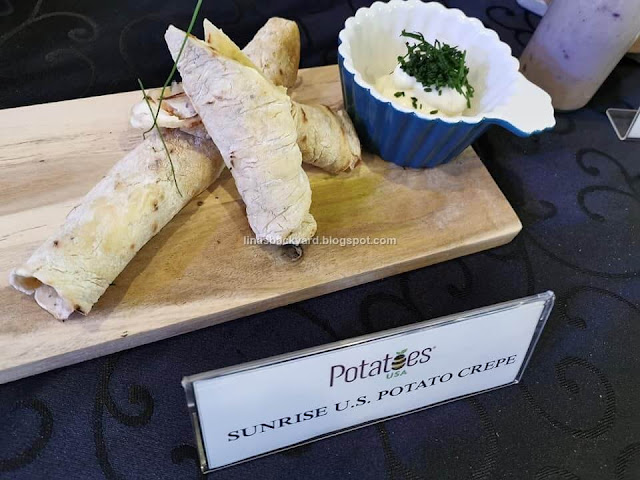 And this Sunrise US Potato Crepe. 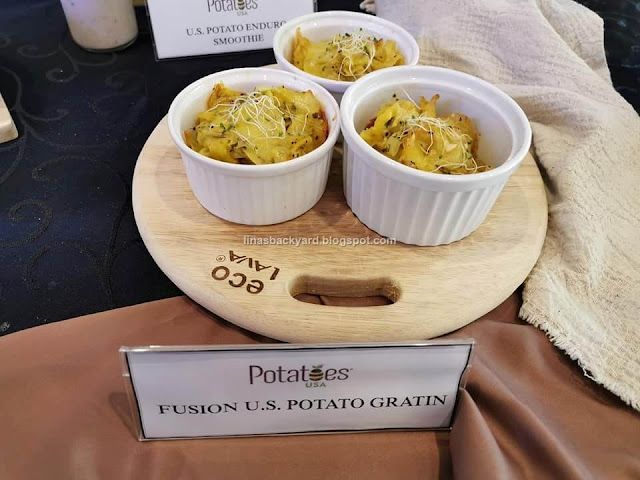 Other yummy potatoes recipe includes this Fusion US Potato Gratin. 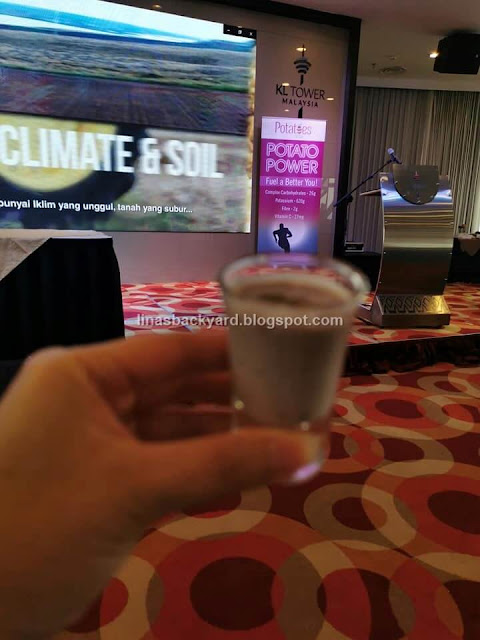 And a smoothie too, called US Potato Enduro smoothie.

During the launch at KL Tower, three champion runners were enlisted to bring to life the community message of active sports in relations to natural performance nutrition. They were World’s no. 2 & Asia’s no. 1 towerrunner champion, Soh Wai Ching, Malaysia’s no. 1 veteran runner Jeffrey Ross and ultra-marathon champion, Tahira Najmunisaa.

Tahira Najmunisaa M.Zaid is an ultra-marathon runner, Athlete and Champion of the Lumut Eco-challenge 2019 and was the first runner to be flagged-off to run up the 2,058 steps of KL Tower. She took 15 minutes and 55 seconds to complete her climb.

The second runner who took up the 2,058 steps of KL Tower was Jeffrey Ross, a Scottish living in Malaysia is a Certified Revolution Running Coach, ranked number 1 Veteran Runner in Malaysia and the latest KL Standard Chartered Malaysia 2019 – 21km run champion. His time was 10 minutes. 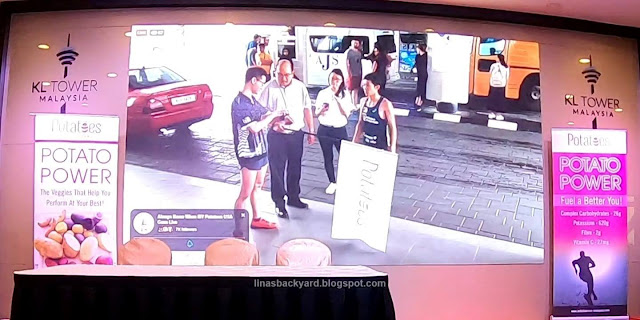 Soh Wai Ching was the third and last runner to tackle the steps. He is the Fastest Towerrunner in Malaysia, 1st in Asia and 2nd in the World according to the Tower Running World Association. He is an elite athlete with Sport Science Degree background and recently emerged the 10km champion in KL Standard Chartered Malaysia 2019. His time was 8 minutes and 42 seconds, and this is not even his Personal Best time for the tower! 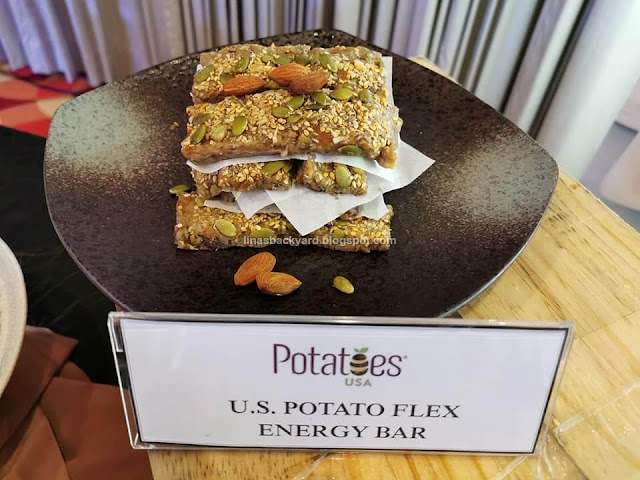 The three runners took U.S. Potato Flex Energy Bars to fuel them throughout the run up the strenuous and endless 2,058 steps of the tower in a bid to best their own personal run up time. 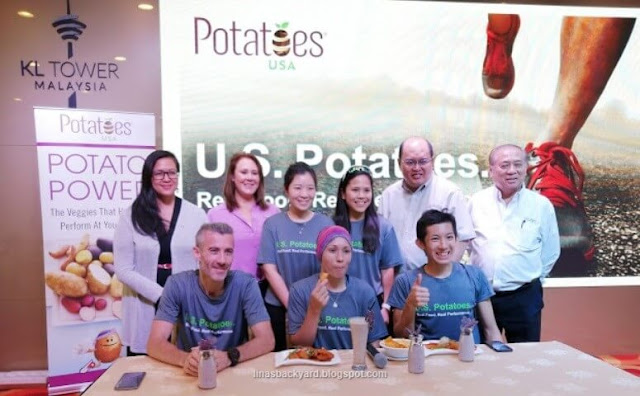 They drank U.S Potato Smoothies after the run up to replenish their depleted glycogen levels.

Potatoes USA will also be participating in various performance-related athletic events including the upcoming Yayasan TM Tower Run on November 10.