After a a nice leisurely lunch at Malay Tea House in Central Market,and a bit of walking around there and bumping into foreign tourists every 2 seconds, we ventured out to nearby area. 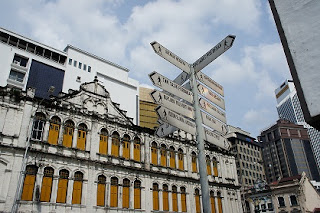 Which way to go? Straight ahead, left or right?
Our second stop after Central Market was the Sultan Abdul Samad Building. Sultan Abdul Samad was the reigning Sultan (or king) of Selangor at the time when construction began in 1894. It was fully constructed by 1897. The building is the centrepiece of colonial architecture in Kuala Lumpur and served as government offices during the colonial era.  It now hosts the Malaysian Supreme Court. 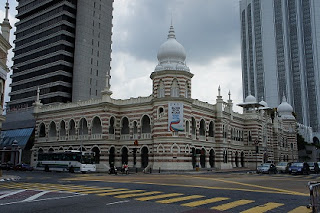 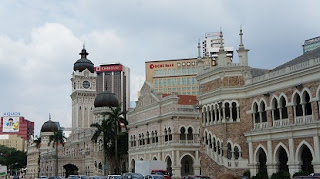 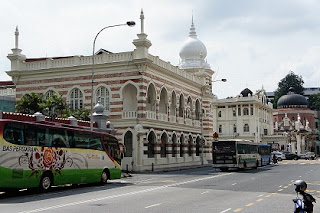 It'll be great to see the building magnificently illuminated at night but no, we didn't wait for that. A visit to the Sultan Abdul Samad building is of course needs to be paired by some photo-op at the Dataran Merdeka (Merdeka Square) on the opposite side of the road. That, on my next post.

Oh, by the way did I mention that I met with a blogger friend from Tochigi on Christmas Day? :)
Email Post
Labels: Out and About