I Didn't Intend To Spend So Much...

When I asked Zaini to drive me over to Alamanda the other weekend, I wanted to buy something at the Nike store there and I only had one thing in mind to buy. 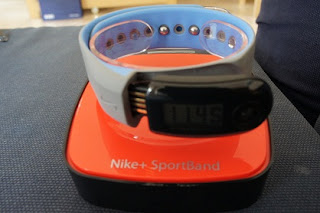 I only intended to buy this Nike+ Sportband, after mulling over getting it for the last few months.
But then, I somehow managed to "accidentally" snag a few more items and caused serious damage to my pocket. ^^! 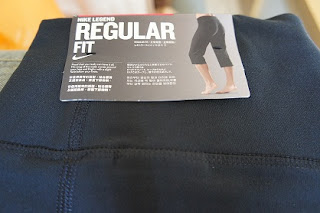 a pair of training capris. Regular fit this time instead of my usual liking for tight fitting pair. We'll see how I like them pretty soon. I actually like my workout clothes to be form fitting and stick to me rather than loose clothing, despite the unsightly bulge it might show. ^^! 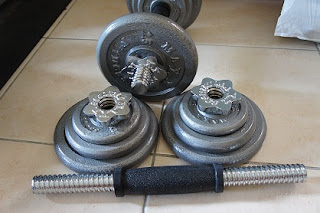 and a set of weights so that I won't have to wait my turn to use them at the gym anymore. The ones I have at home are becoming a bit too light for me now and the ones at the gym are always hogged by "macho" men. :(
I would have bought some other nonsense too while at the sports shop, but luckily Zaini knocked some sense into me.
I wanted to buy a pair of running shorts too but Zaini said I'd look ugly in them, me and cottage cheese thigh do not make an appealing sight! (T~T)

Anyway, after using my Nike+ Sportband and after calibrating it for a more accurate reading; I realised that I've been running further than I thought I had! About 2-3km more! Imagine that.

I was pretty bummed entering the month of July actually, because I thought I failed to reach my target of running 10K by end of June, and by the look of it after running with the Sportsband, I did reach my 10K target! WOOT! WOOT!

Now, I'm changing my target and reduce the distance I run for the fasting month, so I'll just try to run 5K faster. I don't have much time to run next month and I sure as heck don't want to run so late in the night or so early in the morning! (think either running at 10pm or 4am - not an attractive option, right? @.@)

Also I find running around my neighbourhood is actually quite nice and I forgot about the distance unlike running in loops at the park or loops around my apartment complex. The problem about running at my housing area though is how to avoid being chased by a dog! I got chased by one last Saturday! o.O
Email Post
Labels: Close to my heart Hobbies n Stuff Itchy Feet Out and About Rants and Ramblings