I had no intention to run this Alpha Run II race initially.

But then, I realised I've been such a lazy bum and unless there's a race, it's hard for me to actually wake up early to run. So, after much deliberation I signed up to this run after all.


It's a cheap race. RM10 for Men's category for 10K. RM8 for Women Open 8K. I wish the distance for Women Open is the same as Men Open though. Dear organiser, we female runners do not have any problem running 10K you know. Most of us, anyway.

For my RM8, the organiser was really generous. The entitlements were : 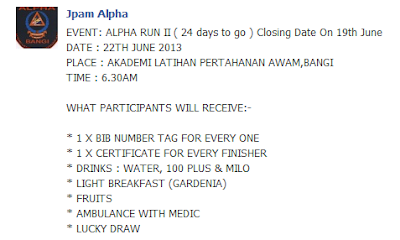 See? Even got own ambulance with medic for each of us you! Mihmihmih. 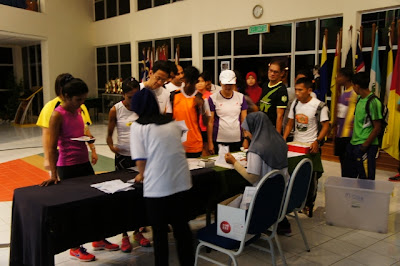 I collected my bib and t-shirt on the race day itself. Was a bit worried about it, but bib collection was painless. Slow a bit at first... but the volunteers were nice and helpful. It's just us impatient runners who can't wait long. 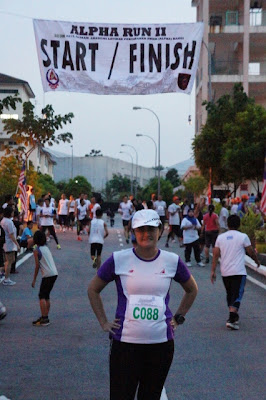 
The race was advertised to start at 6.30am. Then we were informed that it'll start at 7.00am. The Men Open category was actually flagged off at 7.30am. The 8K categories were flagged off after that, but not before getting briefed by a race marshall. Plenty of talking la before starting this race. 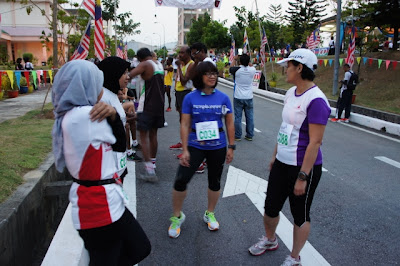 So while waiting, me & a few ladies chatted away. We talked about race strategies, routes and even Nasi Dagang! LOL

The lady in red & white Newton tee missed out on podium finish. She was no. 11! As I kept telling her, she shoouldn't have started with slow poke like me. mihmihmih

But man, she is fast.

When I was running in front of P14 school, a fella said hi. Well, it was actually "go go go Kak Lina. Where's your red bunny?.... I read your blog" something like that lah. And I was like "owh, I low profile hari ni. Go go go" clap clap a bit and off he went, totally smoking me. Miahaha

There were plenty of traffic police, Rela and volunteers at this race. The road was busy on Saturday morning though. In Putrajaya itself, plenty of cars just "rempited" past us without slowing down. A traffic police was seen riding around reminding runners to run on the pavement instead.

In front of the P14 school, it was like running a cross country because most of us didn't run on the road but on the rather small pavement that have steps. Need to dodge bus stops, "tiangs", holes, avoiding getting tripped on the uneven pavement and stuff.

The road in front of the school was filled with cars as the school had this "Kem Warden Trafik" or something.

The busy main road made us run in single file and I tried to keep to the grass instead of running on the tarmac. The problem was though, plenty of uncovered holes. I guess scrap-metal thieves had a field day carting away the drain covers there.

At the junction heading back to Alpha (the start line), we had to stop and wait until there were more runners before the traffic police allowed us to cross. What to do? Traffic also already backing up and there were impatient drivers. Ho hum.

It was downhill for a few hundred meters from that traffic light then about 200-300m to the finish line, we faced a nice incline. Wheeeee!!! 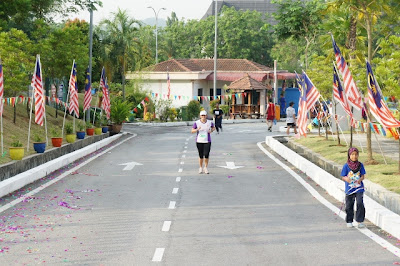 Me, almost finishing and going up the last incline to the finish line. *pant pant* 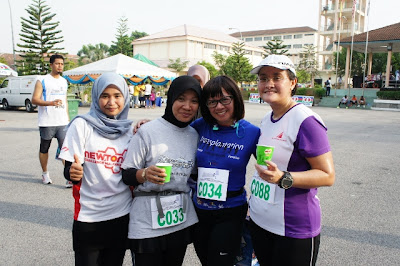 The ladies had arrived before me. I was the slow poke, remember? Which annoy Zaini to no end. 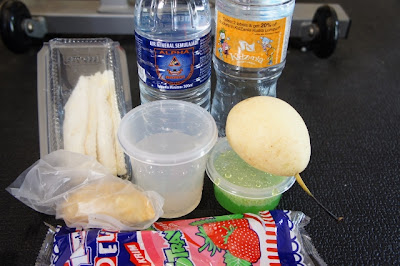 
100-Plus booth was almost ignored by runners who were all swarming the Milo van instead. Hahaha


Got our snack pack. Got our goodie bag. Organiser was generous with this. We were given more snack packs as we were leaving after the event. The sandwich smelled funky though so we had to throw it away.

Waited around for the lucky draw. My number 088 came up but it was A088 or something; not my C088. Aisey... Was hoping to win the foldie bike which was the main prize. No luck lah. Cannot even get the 5kg of rice that were offered as lucky draw prizes. (Bernas was a sponsor, that's why got rice for prize). xD

All in all, it was a good race. Weather was kind to us. Thank goodness for that because we started late.

Got pretty entertained during the lucky draw session too.