Descendants Of The Sun

So this popular Korean drama has finished its run recently with the final Episode 16 aired on Thursday. For these past few days, I did reruns and watched Descendants of the Sun  from Episode 1 -16 in three days!

Truth be told, I don't care much about the storyline but I stayed glued watching it. 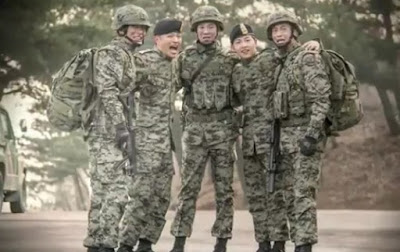 Because
1. I love men in uniform
(and men in suits too, which I get to drool over in this drama. Korean drama mah, sure got men wear suits one) 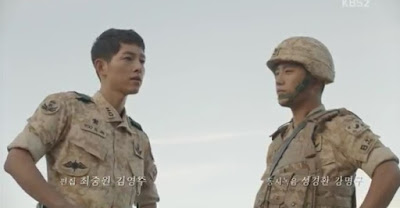 2. I love Song Joong Ki (love him ever since Sungkyungkwan Scandal)
And Ji Goo (as Sergeant Major Seo Dae Yong is so cool!)

But so far, my all-time favourite Korean dramas are these three : 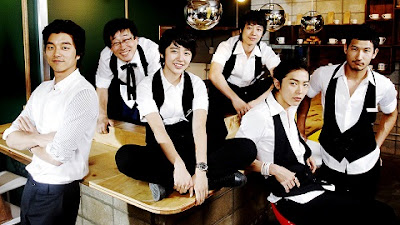 Coffee Prince
I think I did reruns marathons of this drama more than 20 times, losing sleep in the process! LOL

Hubby knew I love it so much, instead of watching it from downloads, he bought the box set CD for me. 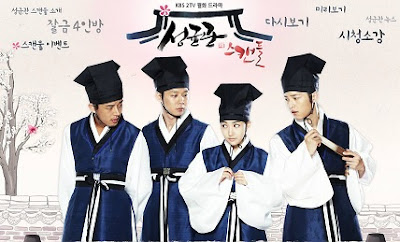 Sungkyunkwan Scandal
lost sleep watching it over and over again too

Darn, I lost count how many times I watched Sungkyungkwan Scandal. 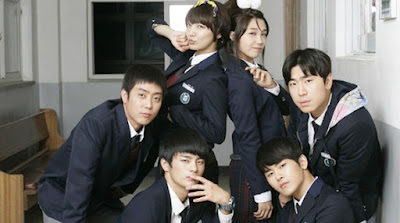 The similarities of all these dramas?
Angst ridden love story, of course.
They reminded me of how it felt when one was in love and fighting to get the man of one's dream.

Descendants of the Sun unfortunately, is not all the "angsty" for me. It's too sweet amidst all those "disaster" background story.

But then again, watching Song Joong Ki and Ji Goo is sweet too. Mwahaha

Anyways, watching drama can be educational.
I researched about the Joseon Dynasty as I watched Sungkyungkwan Scandal.
I googled up about Korean army after Descendants of the Sun.
Hehehe
Email Post
Labels: Movie Date