We had another route familiarisation for the Ungu 55 participants as some of  weren't able to attend the first session. 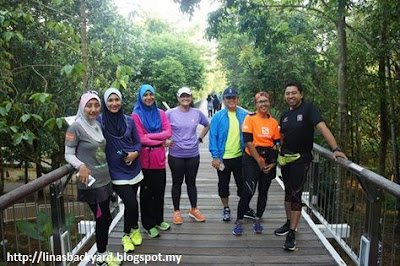 This time, a couple of men joined too and one of them is a participant of the 24-hour Putra 24 which will be held on the same weekend as Ungu 55.

But no tips sharing session by champions this time.

Only sharing session among ourselves to prepare for the run end of this month.

It's also a special morning today. A friend who joined the session is celebrating her birthday today! Happy birthday Millie! 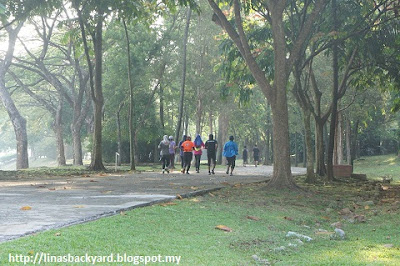 Still not sure what's Ungu 55 and Putra 24 is about? Refer here.

With the registration closed a few weeks ago and despite requests from runners to join last minute, the entry of participants is kept to a small number this year.

It's two weeks left before the two runs (which is under the Botani Putrajaya Endurance Run event) be held! 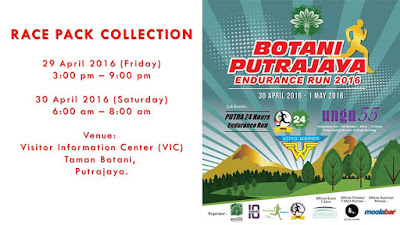 Do note of the change of REPC dates.

We ran, a few ran extra loops than the others, chatted and finally adjourn at around 10.30am.

Thank you peeps for coming for the familiarisation run! 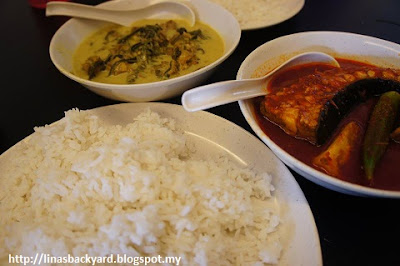 We later had an early lunch at Gulai Kampung restaurant in Bandar Baru Bangi.

Hubby had wanted to eat their assam pedas for a while now and finally we got to eat it!
Email Post
Labels: Close to my heart Gardens and Parks Itchy Feet Makan Time Out and About Travel - Penang Travel - Selangor