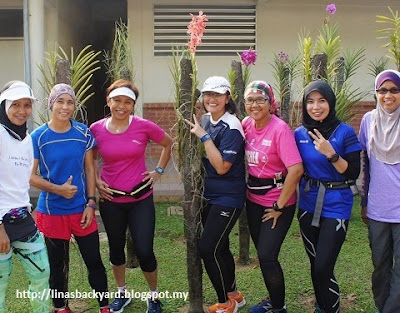 We were lucky as Tahira, a recent champion of Brunei Beach Bunch and Tuba Trail Run (to mention just a few) were there to share her experience and running tips with us.

Her husband, Aman was there too, sharing tips with everyone who attended.

Both husband and wife are not only strong runners but adventure races too. With three kids to raise, they are models of how one can balance sports with raising a family. 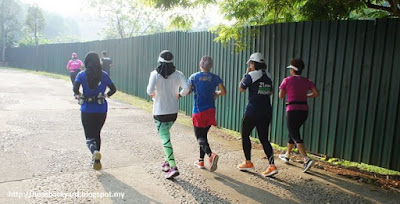 We tried the route for both Putra 24 and Ungu 55. One loop only lah.

The route is now 5K instead of 5.5K as announced earlier so for Ungu 55 participants to complete their 55K, they have to complete 11 laps. 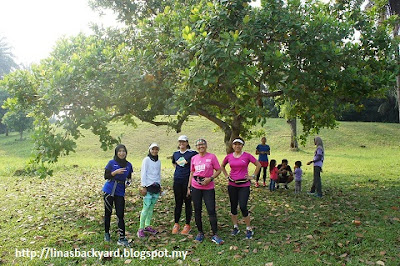 We not only ran/walked the route but also stopped and enjoyed looking at the plants in the botanical garden.

Seen here, under the cashew tree. ^^

By the way, the REPC for BPR is now changed, to make it easier for participants to collect their race kits. 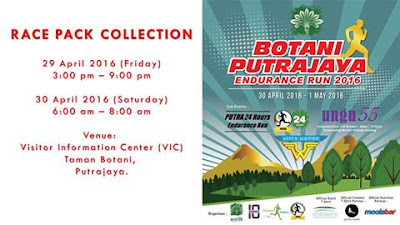 All the best to participants!
Email Post
Labels: Events