Participants had to do a minimum of 55K and can go on and do as much mileage as they could within 24-hours.

The event had a mixed bag of reactions. Some were happy. Some were feeling cheated by the organisers when they didn't get their finisher medal and instead got a finisher mug.

Plenty of words were exchanged online. Some constructive. Some hurtful. But all will be taken into account for next year's improvement. 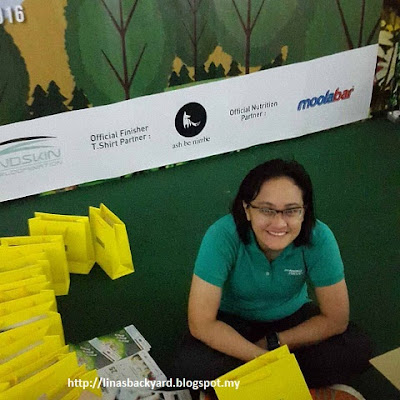 Been busy with helping out during the REPC on Friday and Saturday, clearing race route after a thunderstorm and later doing some loops to provide company for runners.

All I want to do now, after spending just 2-3hours of sleep since Friday is to catch my Zzzzzzzzs.
Email Post
Labels: Itchy Feet Race Recap