BOH Eco Trail Run 2016 was BOH's second charity run after the hugely succesful BOH Highlands Run on Sep 28, 2014. While the 2014 edition was a 5K run, the 2016 edition saw us running 8K through BOH's lowland tea gardens at Bukit Cheeding and a section of the Kuala Langat North Reserve Forest (KLNRF). 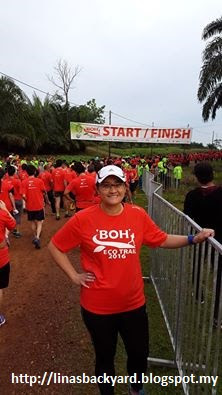 Along with 598 other runners, me and hubby made our way to Bukit Cheeding in Jenjarom on May 28th for BOH Eco Trail Run 2016. 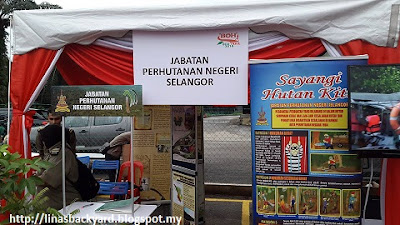 The key highlight of this year's run was the privileged access given to runners into a restricted section of the adjacent KLNFR apart from the BOH Plantations Bukit Cheeding tea garden. Through the special trail through the forest reserve, we had the chance to experience a natural peat swamp forest firsthand and be more aware of the delicate ecosystem which is held in balance by the peat deep beneath the surface of the land. 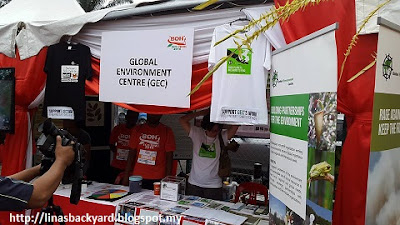 All proceeds from the registration fees for BOH Eco Trail 2016 totalling RM28,000 were channeled to the Global Environment Centre (GEC), a regional non-profit organisation committed to work on environmental issues of global importance. 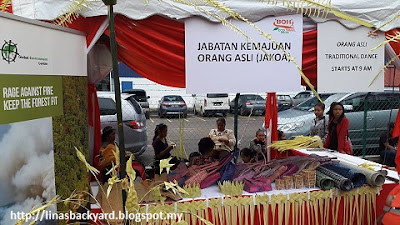 Runners were treated to a showcase of Orang Asli handicrafts including how clothes are made from kulit kayu terap. All of the items made were sourced within KLNFR.

After the run, runners were also treated with a dance performance at 9.00am by Sewang Tadon Balai Bekenjek. (We missed it as we were having way too much fun in the trails to finish early. Bwahaha) 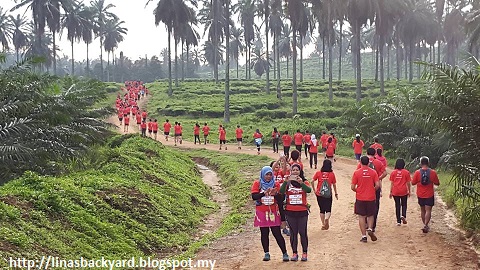 We wanted to enjoy the trail and with the overcast weather which made it a perfect running condition that morning, we took our time covering the trail.

A number of runners had the same idea too, as most were busy taking photos and selfies as soon as we were flagged off. 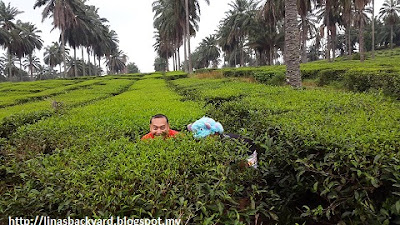 Yes, there are tea trees in Kuala Langat. And yes, it does kinda look like Cameron. Minus the pokok kelapa sawit lah! Hahaha

And you can see housing areas at one side of the tea plantation. ^^ 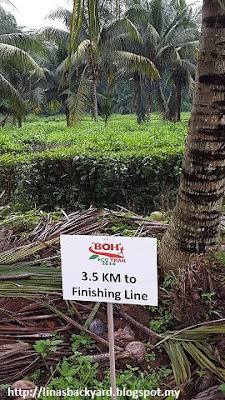 Distance marker were aplenty, the first one that I saw was at the 1.5K mark (with 6.5K to go). But as we were having fun, we didn't really realize the distance or the time we took to finish the 8K trail run. 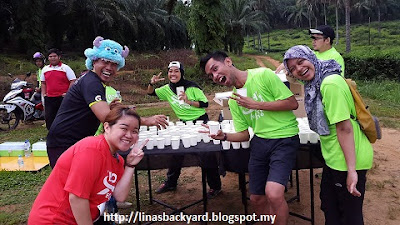 Marshalls were placed at critical junctions, and some were plying the route using motorbike.

There were 3 water stations and all were manned by an awesomely friendly and cheerful volunteers! 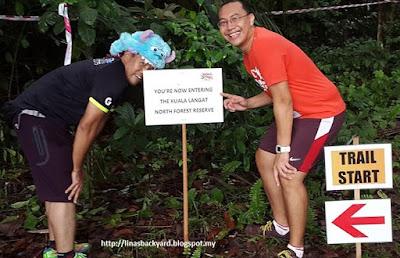 Entering the restricted KLNFR section. It was indeed a special privilege.

And upon exiting, we were greeted by the second WS. 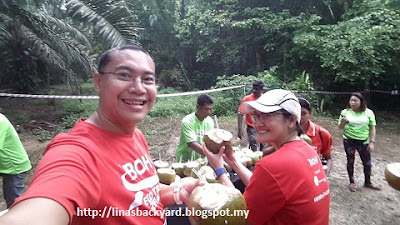 I love the second water station and I bet the others did too.

The WS served fresh coconut drinks to us and the coconuts were from the tea plantation itself. After drinking, the volunteers helped "opened" the coconut for us to eat the flesh. 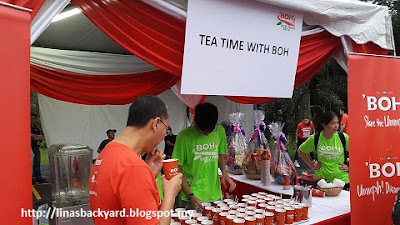 Upon finishing, we were given our medals and we head off to collect our snacks and enjoy our BOH tea. The tea were served before the start of the run till the end of the run and I lost count of the cups I drank! LOL 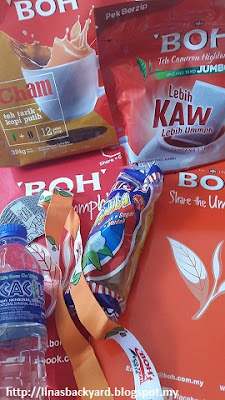 My medal, snacks and media kit (with packs of tea to enjoy at home). 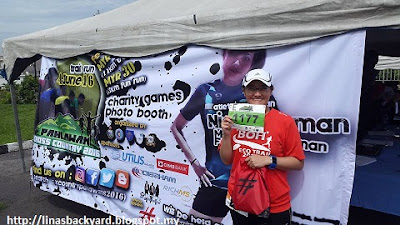 Hubby and I didn't linger at the venue after the run as I had to rush to collect my race kit before noon for next week's XCountry Pahlawan and hubby need to rush for work. He's on duty this weekend at an event.

Our morning at BOH Eco Trail Run 2016 was a fun one. Great job and congrats to BOH Plantations Sdn Bhd and team for another successful charity run.

I will certainly looking forward to another edition of BOH's run in the future!
Email Post
Labels: Events Itchy Feet Out and About Race Recap Travel - Malaysia Travel - Selangor