After Saturday's Highlanders Series Bukit Kutu, we were back in Kuala Kubu Baru on Sunday for another race. 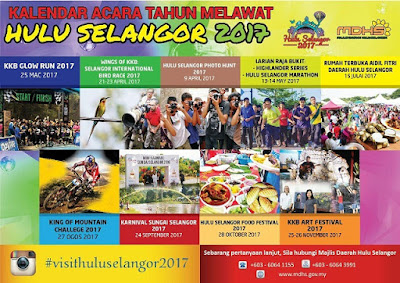 Just like Highlanders Series Bukit Kutu, the Hulu Selangor 30K is a rather smallish event but still see around 600 participants for all its categories.

We saw a number of runners who had done Highlanders Series Bukit Kutu toeing the start line at Hulu Selangor 30K.

Quite a few were doing the 30K distance and a few doing the 10K like me. 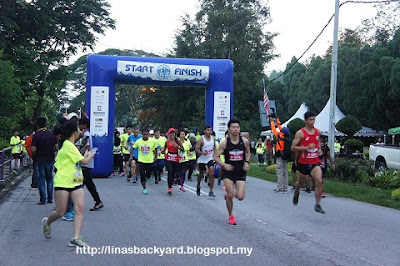 There were three distances available:
Although I had promised to help out at the race, I also wanted to run in it and I did 10K under the Women Veteran category. 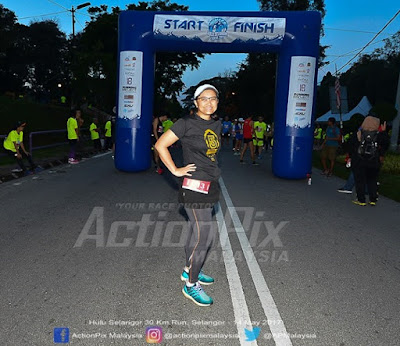 A photo in front of the start line before flag-off courtesy of ActionPix Malaysia. Thank you!

The route was nice (and hilly) with one crazy incline at Gerachi Jaya that makes almost all runners walked up it instead of running because of its steepness.

Thankfully, we 10K runners only needed to do part of that crazy incline before making our u-turn while the 30K runners needed to climb more upwards.

Before the u-turn, I realised that I was in the 6th place and I contemplated on whether to try and chase the 5th lady (who was way in front of me) and finally decided to just do it.

I also cursed myself for not registering under the Women Open because I would have a shot of getting 3rd place! Muahaha

I finally caught up with the runner at about 500m more to the finish line but she had more energy left in her to sped ahead in front of me. Aisey. 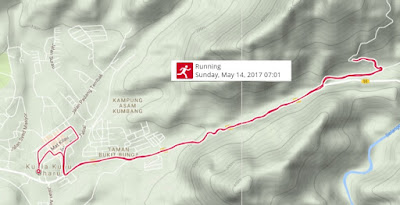 Anyway, it was a good route and run. I got my hill training and a good workout. No luck in getting one of the top 5 prizes only lah.

I'm looking forward to next year's edition and run 30K in it? Or maybe the organiser will upgrade the distance and make it a marathon event pulak?

Then we all can muntah run up all the hills there! *evil laugh*


After a shower later at the mini stadium's toilet (very big and clean), I proceeded to help out in the hall where the luggage storage was located. And where the prize presentation for the 30K and 10K was held later.

Susun kerusi a bit, help runners a bit, susun prizes a bit and later tidy up the hall again and it was time to return home lah. Sorry we didn't stay to clean up after the event, RD!

It was nice to see friends I haven't seen in ages getting podium prizes (as I kinda stopped doing long distance runs for a bit now).

Congrats everybody! Both podium runners & all finishers!

p.s. sure was jealous looking at the views and photos of what 30K runners saw along the route!
Email Post
Labels: Events Itchy Feet Race Recap