A Day Trip To Jitra, Kedah With ETS Train

I visited Jitra, Kedah for the BDB Extreme Jitra which was an obstacle race held in Taman Darulaman, Jitra on June 30th, 2018.

It was a solo trip and I decided to take ETS train to Kedah instead of driving or taking a bus. I always like train trips better than buses for long distance trips because in trains, I could walk around instead of just sitting down.

My last trip by train up north however was back in 2015 when Hubby and I took the night train to Kuala Kangsar.

Anyhoo, this time I took the ETS Gold Class train on Friday night. 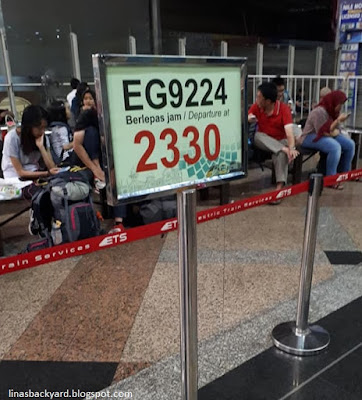 My train was scheduled to leave at 11.30pm and I waited at the temporary waiting area at KL Sentral station. A few minutes before the train arrives, a staff would usher us waiting there to enter the platform and to where our train was waiting. 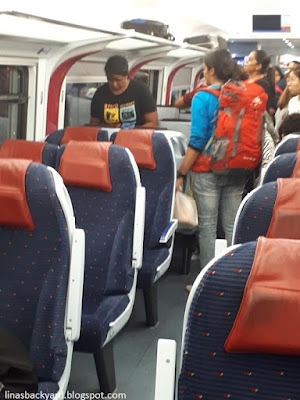 It was a full house. The train was full and I bought my ticket on Tuesday (a few days before my trip) and only three seats were left.

I wanted to return on Sunday and take my time sightseeing in Alor Setar but all tickets on Sunday were sold out so I bought the evening train on Saturday instead.

It was so easy to buy the train tickets as I just buy them online from the KTMB website. It accept debit and credit cards and just like purchasing an airticket, I could also choose my seat online.

My return tickets were emailed to me for my ease to either save it or print a hardcopy.

The train conductor accept both hardcopy tickets and also softcopy, just by showing your e-tickets with your handphone. So convenient, right?

Worried about missing your station? Don't worry. Announcement were made frequently and clearly about approaching the next station.

Toilets and surau were available too, and the toilet were cleaned at regular intervals by a staff. Thumbs up.

The train conductors that I met were all friendly and courteous too. 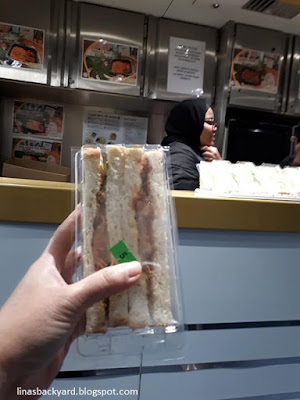 After an hour into the journey to Anak Bukit station, I was feeling hungry so I walked to the carriage where the cafe is located.

There were a number of food items being sold, nasi lemak, curry puff, lasagna (I think) and sandwiches apart from drinks. I bought a packet of tuna sandwich for RM3.50. Price not bad lah.

It was just a 5hour + trip but if you need to charge your electronic devices, fret not. 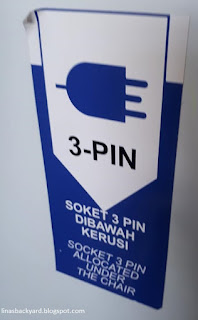 No need to worry about not enough battery or nowhere to charge! 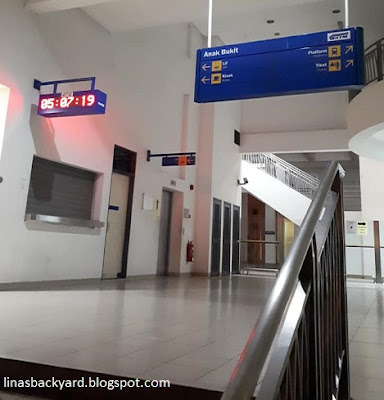 I arrived the Anak Bukit station a few minutes before 5am and the station was really quiet. Luckily for me, after only a 10-minutes wait, I managed to get a Grab driver to send me to my hotel.

It was a 12km journey from Anak Bukit Station to Jitra and it took me about 20 minutes by car to get there and the trip cost around RM14 - RM16. 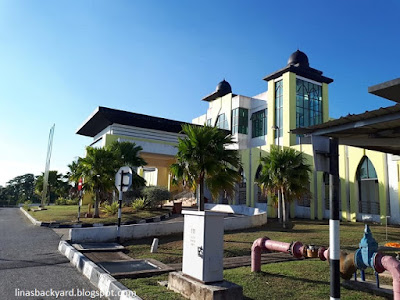 And I came back to Anak Bukit station later that evening to board my 6.40pm train to KL Sentral.

The station really look nice but there is nothing really happening around the station. There were some shops (Chinese restaurants though) and Malay stalls at the underpass but none were open when I was there. 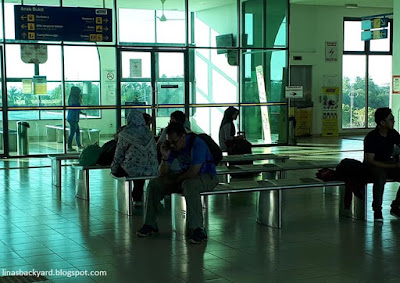 Waiting for our train at Anak Bukit Station's waiting area. 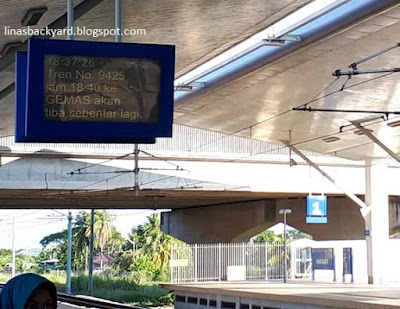 My train bound for Gemas but my stop was KL Sentral and arrived at the station at 12.06am the next morning. 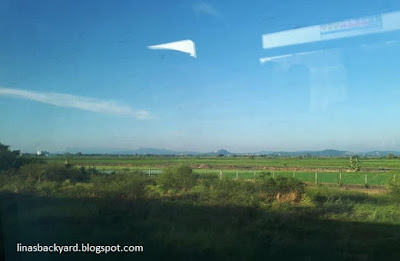 The train trip was quite smooth during the trip from KL Sentral to Anak Bukit so on the way back, I had hoped I could finish some translation work that I needed to submit the next week.

However, the return trip felt more bumpy and I don't think I'd be comfortable doing any work so I just treated myself to the view outside.

When it got dark, I just slept until the person sitting next to me decided to watch something on his handphone without putting his earphone on.

It was pretty quiet during the trip to Anak Bukit because it was a late night train but on the trip back to KL, it was more lively as passengers were talking and laughing, watching videos on their electronic devices and so on.

My ticket cost me RM72.00 one way and RM144 for the return ticket. It was a Gold Class ETS so it had more stop and I could make my stop at Anak Bukit station which is slightly nearer to Jitra. If I took an earlier Platinum Class ETS, it stop at a few less stations and I have to stop at Alor Setar station instead.

Either way, I find taking the ETS is really quite comfortable and taking the trip up North wasn't such a pain after all. I did feel quite relaxed too.
Email Post
Labels: Out and About Public Transport Travel Travel - Kedah