One of the fun things to do while vacationing in Japan is to look out for different cities' manhole covers. Most cities have a unique design for their manhole covers and feature things that the cities are famous for.

It's been something that we enjoyed doing for the past 17 years and we have a photo collection of them.

So, when we visited Hokkaido last September, it's only natural to look out for them. They aren't really hard to spot but it's still fun to do.

We had a lot of selection from Hakodate. 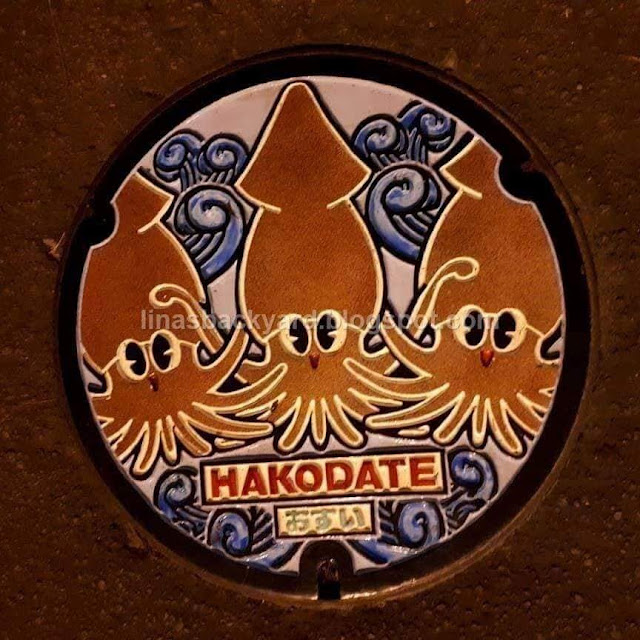 Hakodate's famous squid. Here's the colour manhole from the city. 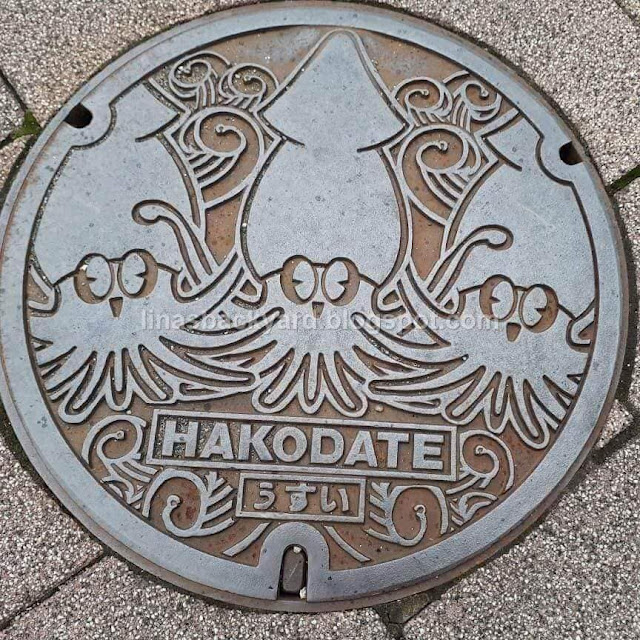 And an uncoloured version. 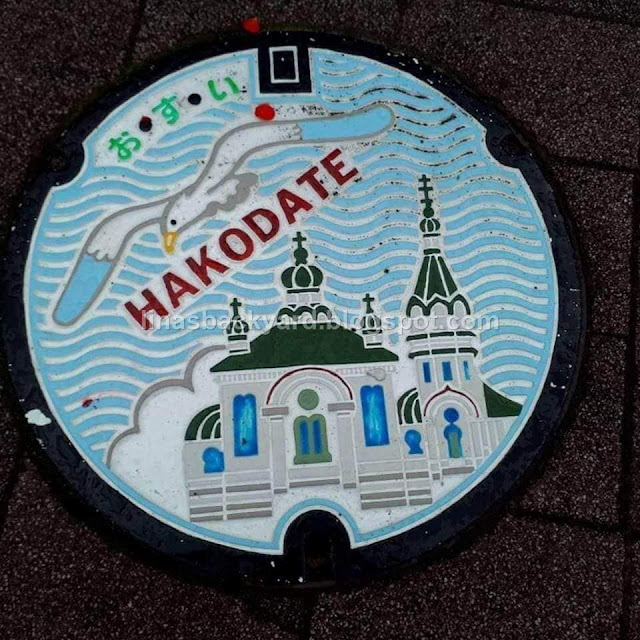 Seagull and the Orthodox Church featured here. In colour version. 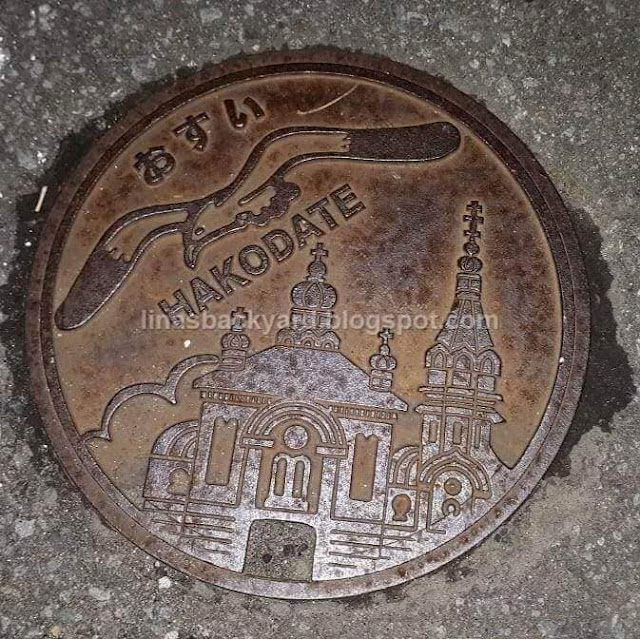 And the non-colour version.

I've taken a few more during our visit in 2007 and it's stashed in my other blog, Urutora no Hihi. 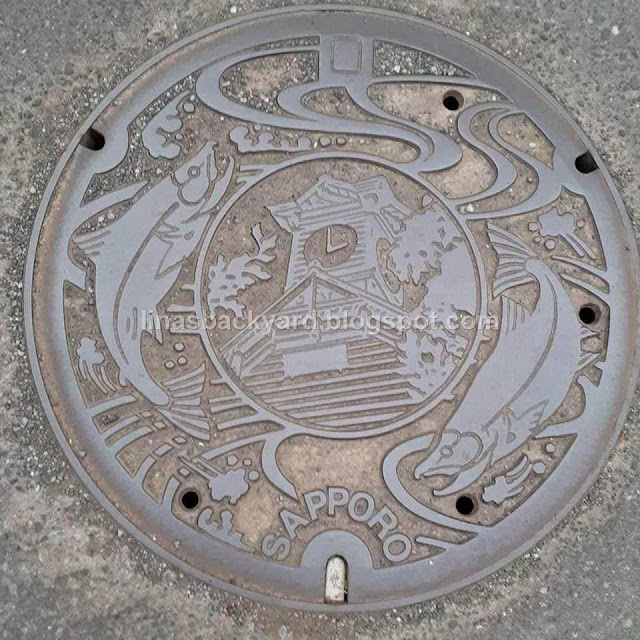 Sapporo's Clock Tower (Tokeidai) and Salmon fish swimming around it. Alas, when we were there, the real Clock Tower in question was closed for renovation until end of October. 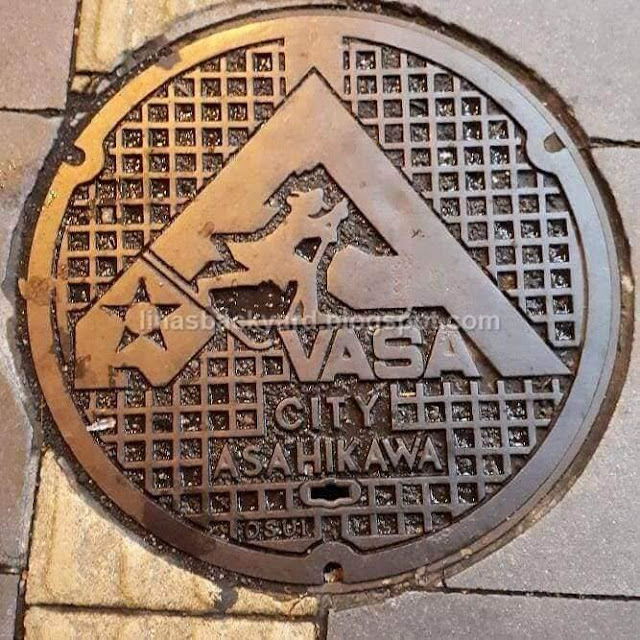 The next city we visited in Hokkaido was Asahikawa and here is an image of a cross-country skier of the Vasa Loppet Japan held in March. 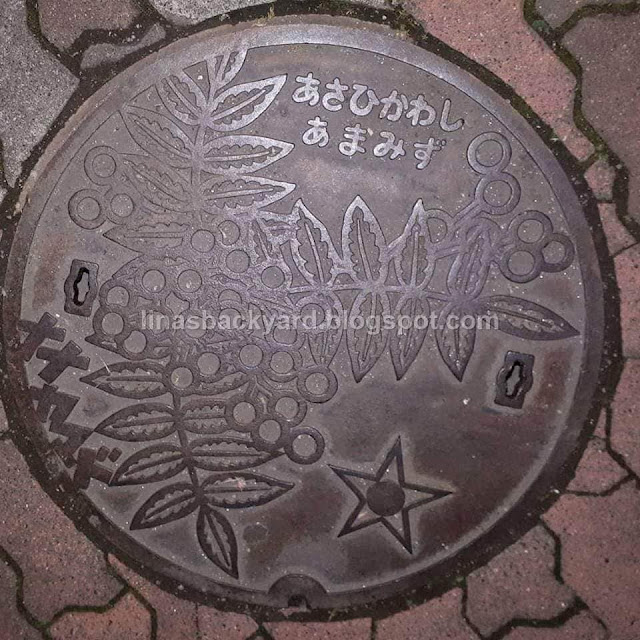 Still in Asahikawa, this manhole cover feature a Japanese Rowan tree which is the  tree of Asahikawa. 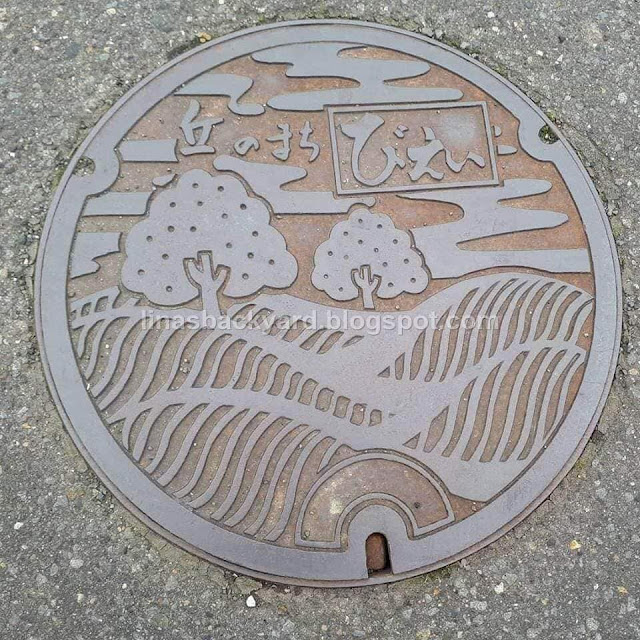 Next we visited Biei and its manhole cover feature the rolling wheat fields and trees that are famous in the city. 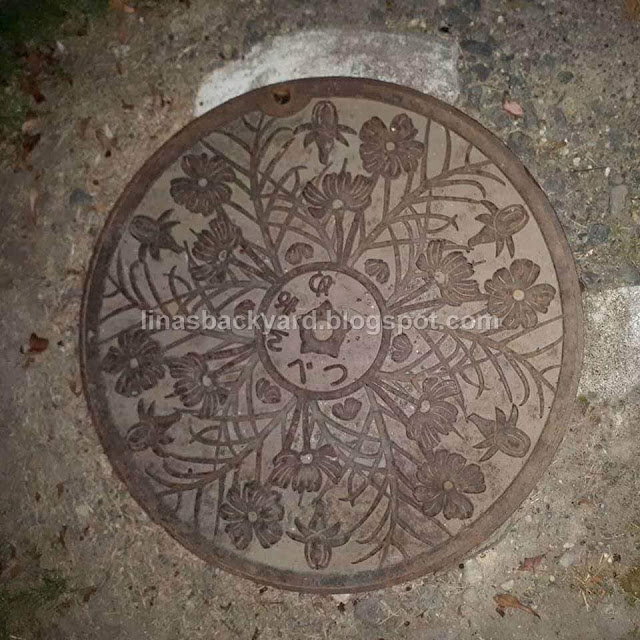 Memanbetsu was next and this manhole cover feature Cosmos flowers. 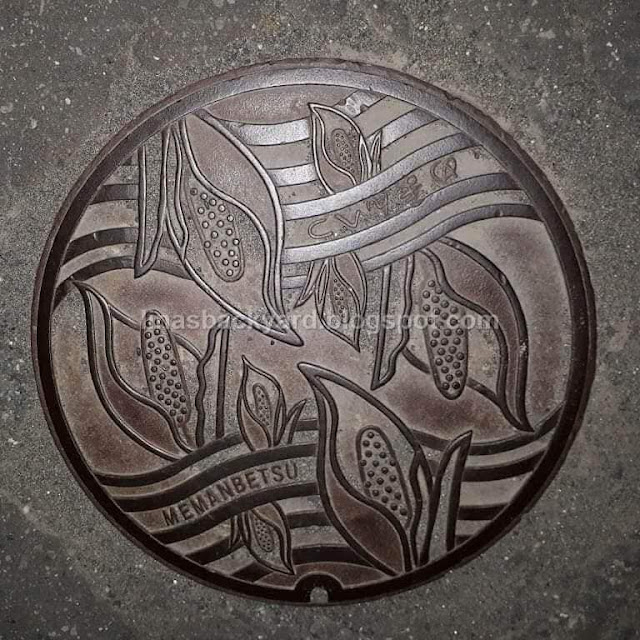 And this one feature Mizubasho or Asian Skunk Cabbage flower. 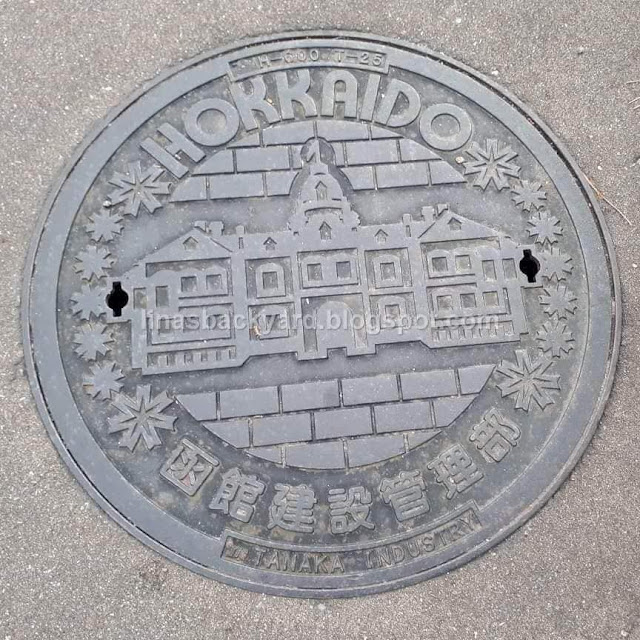 This is the red brick building of Hokkaido Prefectural Office.

It's always fun to stumble across a new one that's not in our collection yet and each time we visited a new town, we look forward to finding new manhole cover designs.
Email Post
Labels: Close to my heart Out and About Travel Travel - Japan Vacation