A Pit Stop In Kuala Kangsar

From Taiping, we made our way back to KL on Monday, Sep 17th after spending 3 days 2 nights in the Heritage Town. Instead of entering the highway and journey on uninterrupted; we took a road that saw us passing through Kuala Kangsar town.

We weren't in a hurry to reach home so we decided to spend a bit of time sight-seeing in the Royal Town of Perak. 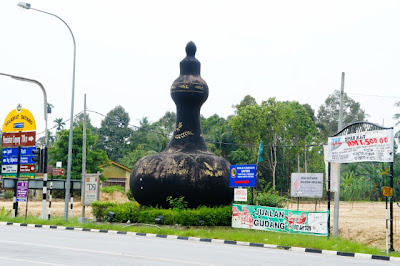 A giant "labu sayong" at a junction to the district of Sayong in Perak. Wished I bought some back home as souvenirs but the day being a public holiday, a lot of the places that sell them in Sayong were closed. 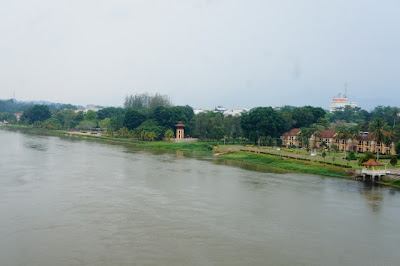 The Perak river, as seen from the Sultan Abdul Jalil Shah bridge. We made an illegal stop on the bridge to take photos! ^^! 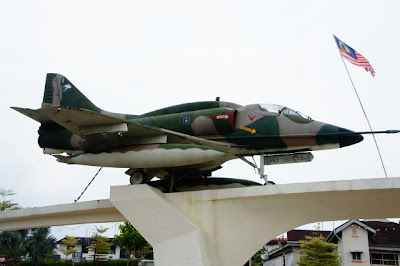 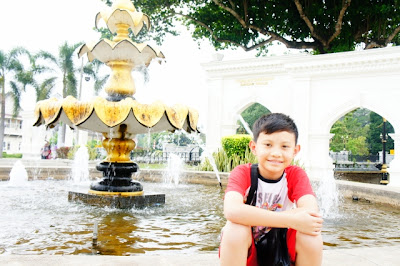 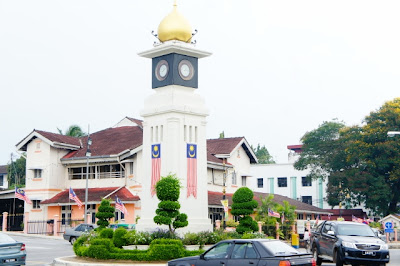 At the Dataran Kuala Kangsar. 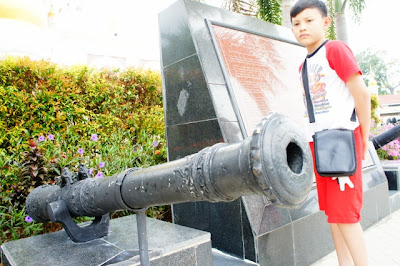 A small cannon - in front of the Ubudiah Mosque. 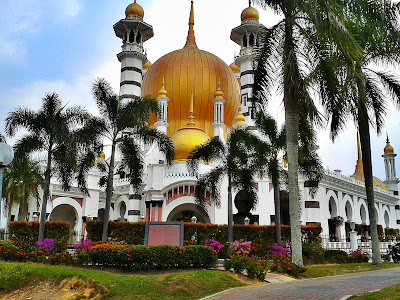 The majestic Ubudiah Mosque. It is a Royal mosque and considered to be one of the most beautiful mosque in Malaysia. It was commissioned by the Sultan Idris Murshidul Adzam Shah, the 28th ruler of Perak in 1917 after he recovered from an illness that plaqued him.

After visiting the mosque (the time coincide with Zuhur prayer); we headed off to the nearby Perak Royal Museum. We only managed to get a glimpse of it as the museum was (and still is) closed for renovation. 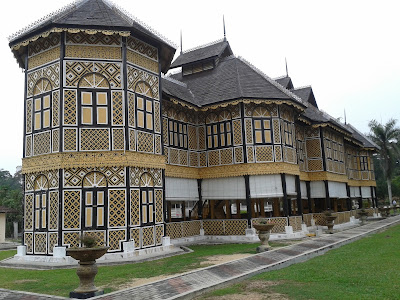 This striking building was built in 1926, was a residence of the Sultan of Perak - Sultan Iskandar from 1931 to 1933 and is known as the "Istana Kenangan". The Sultan then moved to "Istana Iskandariah" and this temporary palace continued to be used for royal occasions.

It was officially opened as a museum in 1986.

We didn't go further and continued with our journey back to KL after the visit to the Perak Royal Museum. Let's hope we can return someday and complete our Kuala Kangsar sightseeing! ^^
Email Post
Labels: Celebration and Holidays Out and About Travel - Malaysia Travel - Perak Vacation