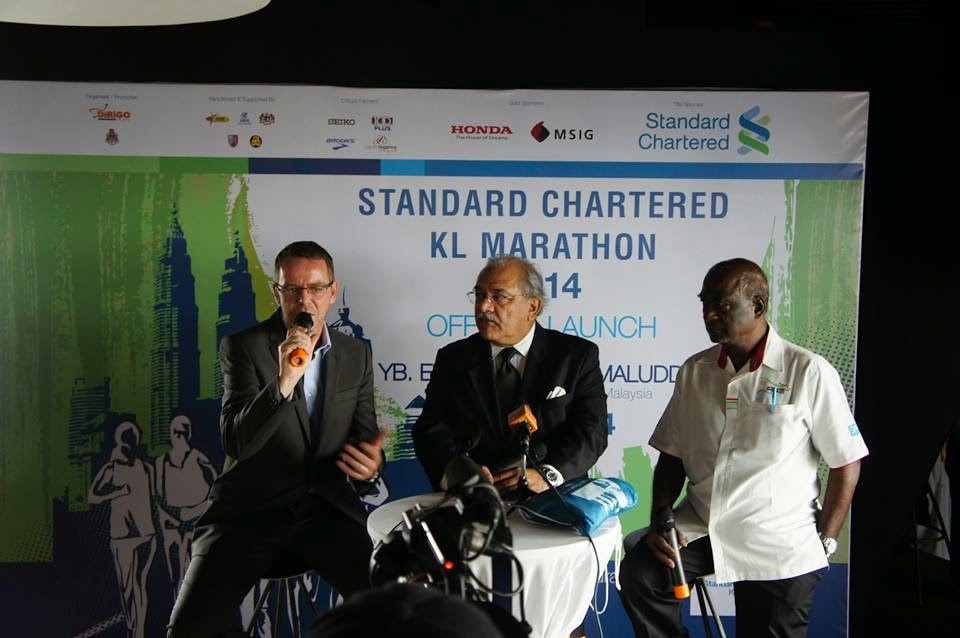 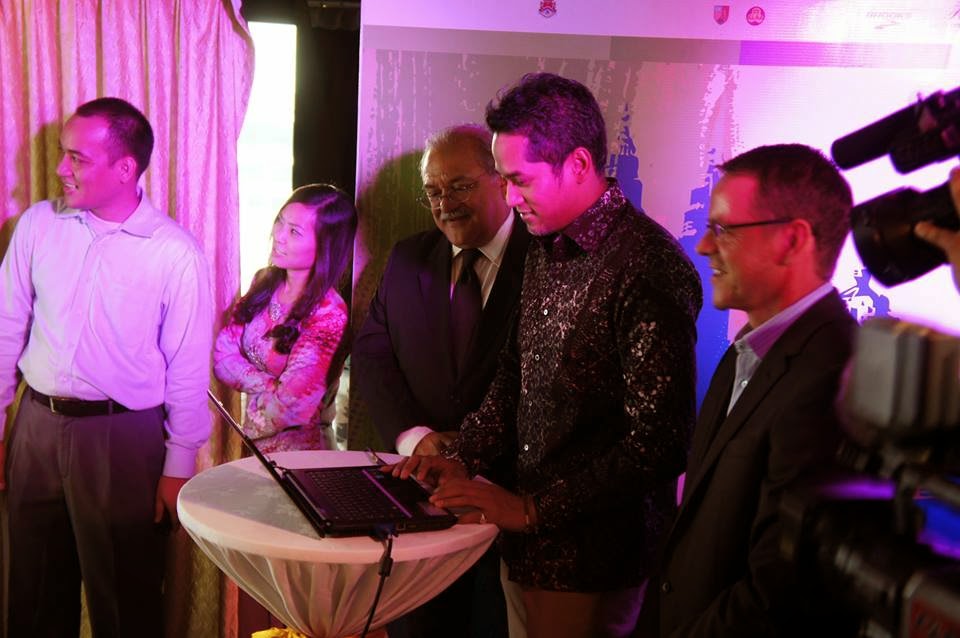 With all 11 categories opened for registration at the official launch today, Standard Chartered KL Marathon 2014 has successfully registered its first registrant with the Minister himself taking the first slot for the 10 km run.

In his comment, Y.B. Encik Khairy Jamaluddin said, “The Ministry of Youth and Sports’ vision is to champion the empowerment of a superior youth and sports development and to inculcate sports culture within the society by year 2015. Our focuses include Exposure and Opportunities for confidence building; Engagement and Activism for community development and Support and Engage, to the youth of Malaysia. Today, as an encouragement for the public to take up running as a lifestyle and to participate in the Standard Chartered KL Marathon which reflects our key focuses, I am pleased to be the first registrant of this event.”

With participation increasing every year since its inception, last year’s Standard Chartered KL Marathon registered more than 33,800 runners.  This year, the organiser is expecting more running enthusiasts to be part of Malaysia’s biggest running event with 35,000 slots opened to the public.

Standard Chartered KL Marathon 2014, to be flagged off at Dataran Merdeka, will also see some new routes introduced to the runners. The prize package offered for this year’s Marathon is USD 116, 740 (approximately RM376, 524); a 16 percent increase from the previous year, making it still the highest prize purse among all marathons in Malaysia. 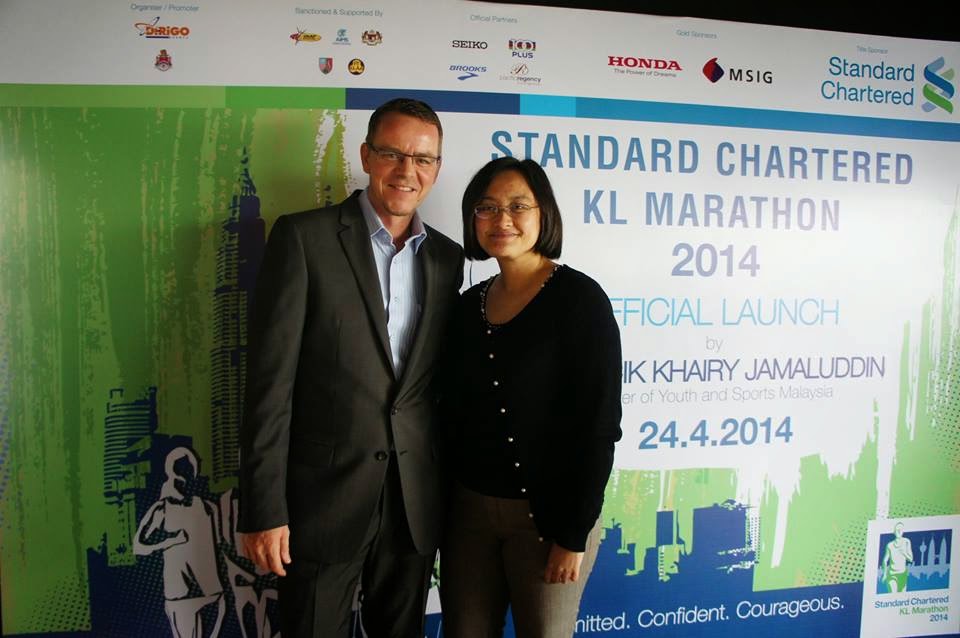 “Every year, the organisers of the Standard Chartered KL Marathon look forward to offering something new to the participants. It gives me pleasure to announce that this year will witness many new additions to the run, including new routes, new categories and new partnerships. We also have a new tagline this year: “Confident. Committed. Courageous”. The Standard Chartered KL Marathon is all about encouraging commitment to achieving the goal of finishing the race, building confidence,, and celebrating  of the courage of runners’ right from the beginning,” said Rainer Biemans, Director of Dirigo Events.

Osman Morad, CEO of Standard Chartered Bank added, “Although running is primarily a solitary endeavour; the marathon is a monumental social event. As the oldest bank in Malaysia – soon to celebrate our 140th year – it gives us tremendous pride to be the title sponsor of such an iconic event that has come to symbolize the coming together of the community and the spirit of the nation.”

Scheduled to start and finish once again at the country’s historical site of Dataran Merdeka, the Mayor of Kuala Lumpur, Datuk Haji Ahmad Phesal said, “Dataran Merdeka boasts a significant historical footnote and it is only befitting that a monumental country event like Standard Chartered KL Marathon 2014 takes place at Dataran Merdeka where thousands of people come  together to run for a cause –  whether it’s bringing home a friendship, the prize money, fulfilment, recognition, achievement or simply to support the people they love.”

This is Standard Chartered KL Marathon’s sixth installation and is once again made possible by title sponsor Standard Chartered Bank in partnership with Marathon owner and organiser, Dirigo Events Sdn Bhd and co-organiser DBKL and the Ministry of Youth and Sports Malaysia.

So, which category will you run if you're signing up?