The XCountry Pahlawan 2016 is another run that I registered at the absolute last minute, just like the Nilai Half Marathon that I participated in, mid last month. 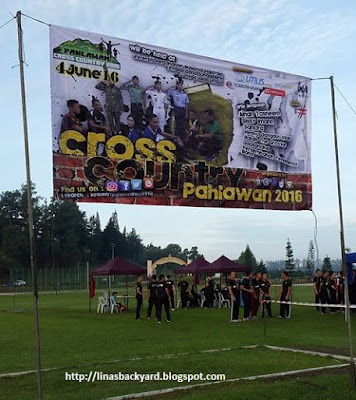 The cross country run was held in an army camp, Kem Sungai Besi which is located just a stone throw's away from our house and was organised by the Akademi Latihan Ketenteraan, Universiti Pertahanan Nasional Malaysia. The future protector of our country. 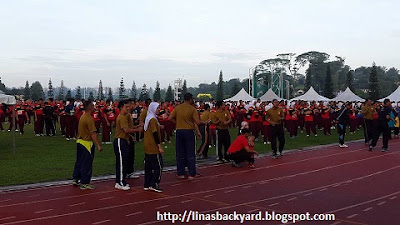 The run was flagged-off at 8.15am, after an hour session of "senamrobik" earlier.

Only a limited number of slots were made available to public and the event also had an inter-battalion challenge. So the cadets came in full force for the run.

The aim for the cross country run was to raise funds for students who are in need of financial attention and to improve training accommodation.

I was happy to part away with my RM60 for this. I get to run too! And it was a great workout! 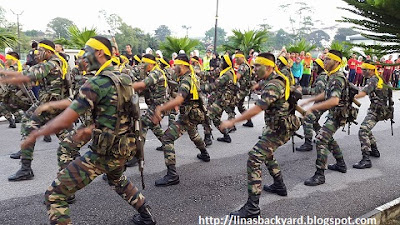 There was also a 3K Fun Run category which members of public could participate in. 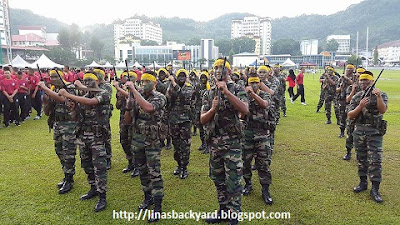 And off we went after these fellas made their shots. 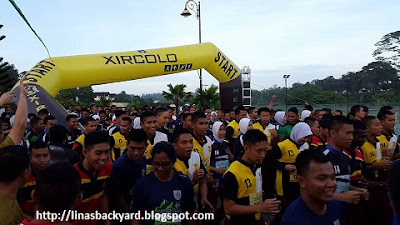 We ran for about 4K on tarmac before we start entering the trail section, which was a mix of grassy trail, some wooded area and even through a site construction area. Plenty of surfaces covered and I was glad I put on my Nike Zoom Kiger on. The last kilometre was back on tarmac before finishing our run in the field.

The uphill section in the trail was really something. Two fellas beside me was grumbling that there seemed to be no flat section to take a breather as it seems to go and on. Actually, that part of the hill for only a few hundred metres. But penat wei! LOL

There were two water stations and we were served with bottled water. A bit wasteful as most only took a sip before chucking the bottle away (me included) so maybe cups would be better next year?

Awesome job by the cadets who were serving as crews that morning. They were efficient and super friendly too.

I do hope they do it again next year. The route was nice. Challenging enough for a good workout but not too hard to suffer much. Plus it's nice to be able to run in an army camp. And see lots of people in uniform. ^^

Another plus point is that we only needed 5 min to travel to the starting line from our house!

Hubby kept telling me to run to/from race site as it's only a few kilometres away from our home. Hahaha

Maybe I should've done that. I needed the mileage anyway. 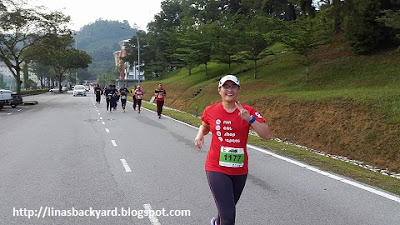 While running along the route, I kept thinking how lucky the folks in Kem Sg. Besi is to train here. I love the route!

If only I could train here. 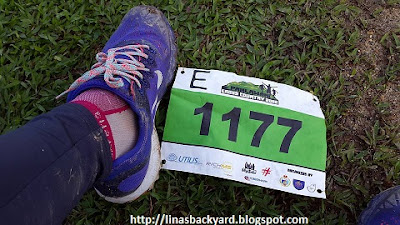 Again, all in all a nice run and route.

Pity they cut short the route from the original 11K to 9K at the last minute due to some "safety" issues.

We lingered for a bit after the run but decided not to stay for too long. 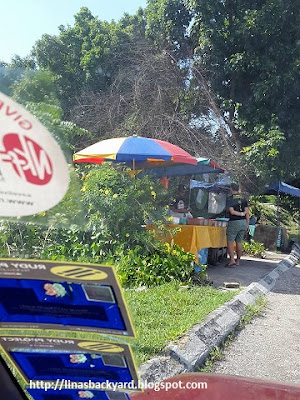 Drove back and stopped by our usual makcik nasi lemak stall for our breakfast. Nice to be home early enough after a run to still enjoy breakfast. LOL
Email Post
Labels: Itchy Feet Race Recap