For the past few weeks, Standard Chartered KL Marathon (SCKLM) has been holding a few running sessions during the weekdays and on Sundays too.

I haven't been attending any of them before but decided to register for one of the session last Sunday because of this dude I know declared he will be pacing the 10K or something - he knows who he is. Hihihi. Furthermore, the session is in Bukit Jalil which is quite near to our home. 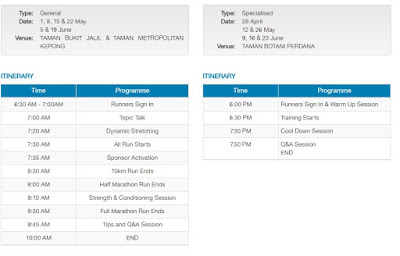 The running clinic programme and schedule can be found at www.kl-marathon.com.

Since it was my first attendance, I didn't know what to expect and didn't really bother checking the schedule online. Like I said, I registered this time because of one dude. LOL

June 5th, 2016 session topic covered on Injuries - Avoidance and Training so I figured I'd go, listen to Mark Williams (who is the coach) then run a loop before heading home. 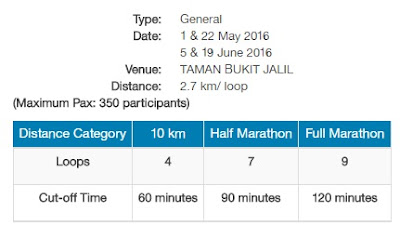 Then I saw this at the registration table when I went to register for the session and collect my temporary bib. 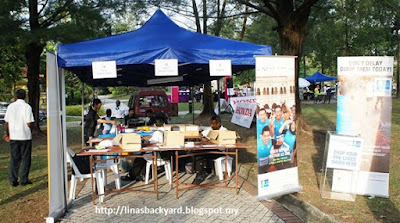 Participants were given a bib complete with timing chip for the categories they had signed up for, and the bib must be returned afterwards at this tent manned by FTAA officials.

So for me, it meant either try doing 7 loops or run within the allocated 90 minutes cut-off time. Not compulsory of course but I need some mileage and this actually fit into my training plan.

One problem. I hadn't had a single thing to eat or drink before heading out to Bukit Jalil. Nor did I brought any Moolabar to eat. Crap. 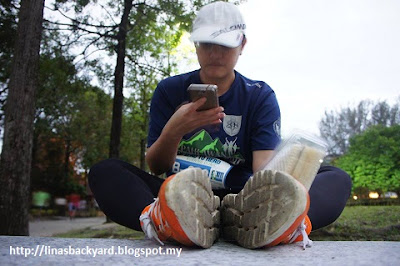 Adidas came to the rescue!

They had sandwiches available for free at their booth for participants of the running clinic who came in any Adidas apparel. I got my breakfast! 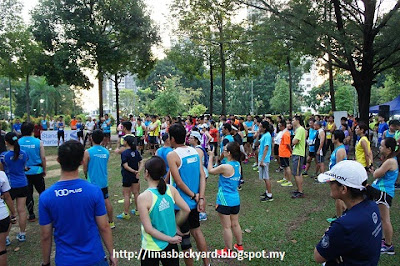 The clinic started with the topic talk and later some dynamic stretching led by Mark Williams. 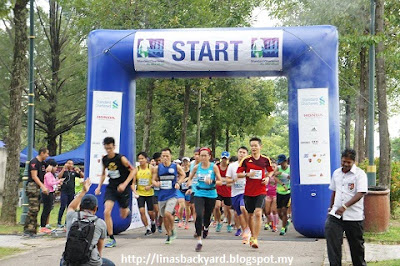 At 7.30am sharp, the running session started.

I stuck to my easy pace of 1 minute slower than my half-marathon target race pace. Did 4 loops in 1:24 and the 5th loop wasn't counted as it exceeded the cut-off time. I did it anyway because I needed the mileage. 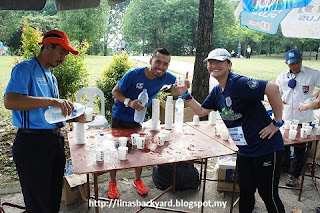 Two water stations were placed along the route, one right after the start line and another after the climb at KM1.4 mark thereabouts. 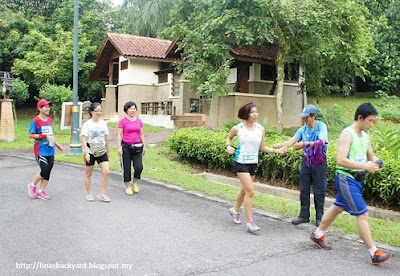 There were also crew and FTAA officials at around KM2 mark, handing out checkpoint ribbons.

Very proper and if not for the fact that I was doing an easy run that morning, it certainly had a race feel to it. And the sessions was FREE! 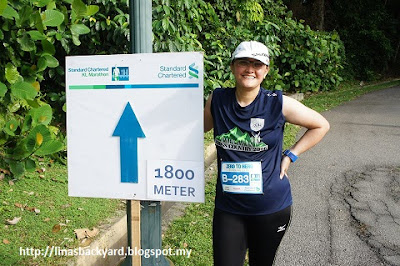 Distance markers were placed at 200m gap. A nice touch and a motivation to continue, I must say. 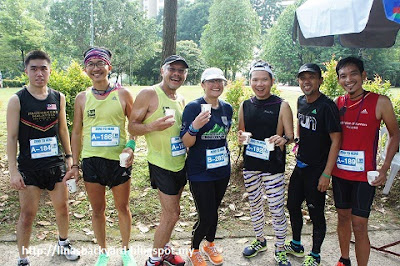 Bumped into a number of familiar faces and sure was nice meeting and chatting with them; before, during and after the run. Some of them are official pacers for SCKLM 2016. 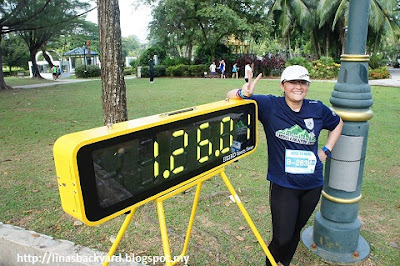 Big Seiko clock for runners to check their timing as they ran past the start arch, completing each loop. 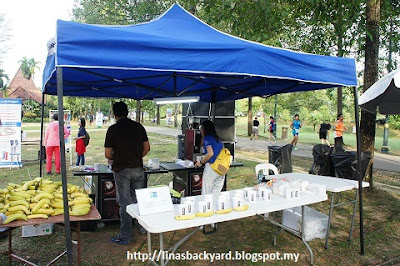 After 14K, Hubby and I made a beeline towards Boncafe booth for our coffee fix. 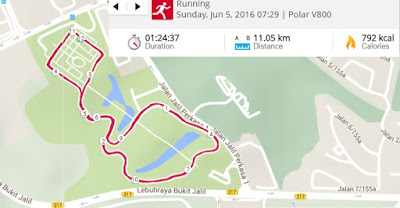 The 4-loops that counted, officially.

A nice morning run in Bukit Jalil Park and I got my Sunday mileage done, met friends (even from Singapore!), drank good coffee, had chit-chat sessions, photo sessions... Just a race day! Haha

Thank you SCKLM for a great session.

Next Sunday session will be held on June 19th.

There are also specialised weekday sessions even during the Ramadhan month. The next one will be held on June 9th at Lake Garden.
Email Post
Labels: Events Itchy Feet Race Recap