We kinda had a pretty busy Saturday morning last week, starting with Augustman's Breakfast Run and then collecting race kits for our races this week.

First, we went to Atria Shopping Gallery as their race collection counter opened at 10.00am. By the time we went there, which was just a few minutes after 10, there were quite a number of runners there already.

Queues were smooth and the volunteers helpful 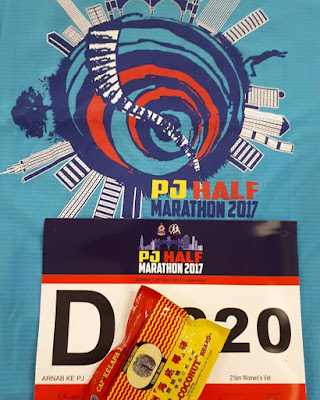 Later, we went to Glo Damansara (luckily it was nearby Atria) to collect my PJ Half Marathon race kits. We arrived at around 10.40am and the counters were already opened. The volunteers said they decided to open the counter early (it was supposed to start at 11.00am) because runners were already queuing. How nice of them.

Another pretty easy collection for us but I heard the queue got really long later in the evening.

For those who are running in the Men's Health Women's Health Night Run, the PDF version of the race's Runner's Guide is ready. 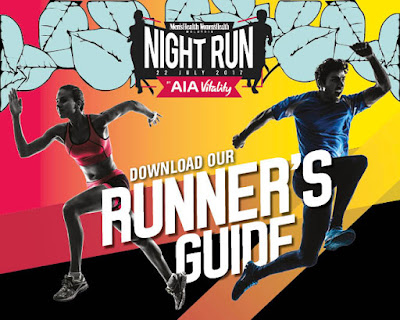 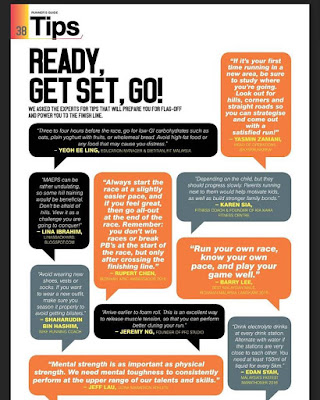 There's a tips section in the Runners' Guide and look! Yours truly had a column there too, among esteemed marathoners and Ironman and important people of the industry. Heh Heh