The Irish-Malaysian Connection At Shamrock Run 2018

The whole family "turun padang" on Saturday morning and joined more than 1,500 other runners to run in Shamrock Run 2018 which was held at University Malaya this year. 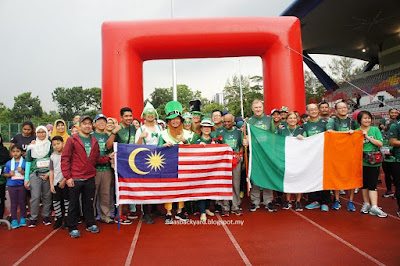 Shamrock Run 2018 is its 4th edition, after its first held at Bukit Jalil in 2014, followed by the 2nd edition held at Taman Botani Putrajaya in 2016 and last year's edition in Cyberjaya. The fun run had grown from 500 participants in its first edition to more than 1,000 participants in subsequent editions. But the organizer still kept small and cozy with just a "smallish" number of entries opened.

Ireland ambassador to Malaysia, Ambassador Eamon Hickey not only flagged-off the run for both categories, he also joined the run and ran in the 5K category. 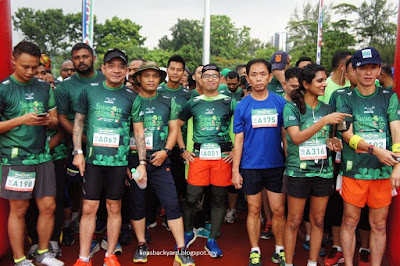 Just like the previous editions, the 4th edition of Shamrock Run 2018 is a non-competitive fun run where runners can either run in the 10K or 5K category within the beautiful surroundings of Universiti Malaya, Kuala Lumpur with friends and family. (read: run up the infamous Bukit Chinta. Hahaha) 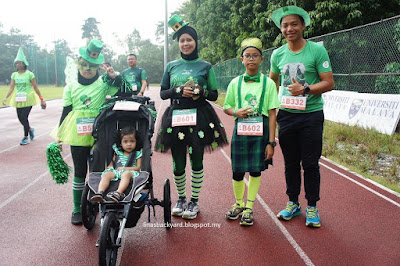 No prizes for podium runners in Shamrock Run 2018 but there were prizes for best-dressed runners, which portray the cultural uniqueness of Malaysia and Ireland. There are also lucky draw prizes up for grabs. Alas, we were not so lucky this year to win anything. Huhu

A number of fast runners did show up, I guess as warm up for their Sunday's race. And oh, and they sportingly wear costume and some managed to bagged the best dressed prizes.

It was a wet morning on Saturday but it certainly didn't dampen anyone's spirit to have fun with their friends and family. 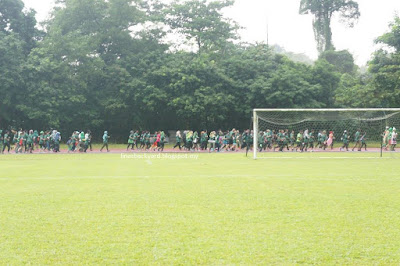 10K runners were flagged-off first and followed by the 5K categories. We ran for 200m in the UM Arena stadium first before we head out to the road. The last 200m of the run was back at the stadium.
The family decided to take it easy and joined the 5K category this year. 10K runners had more fun traipsing around UM of course, but no one was not spared the hills when they head back to the stadium! Hehehe
It started to drizzle halfway through the run and because I had my camera with me, I had to rush back and stop taking photos as the rain started to get heavier. That's me in the background trying to "save" my camera by rushing back to the stadium. Hahaha 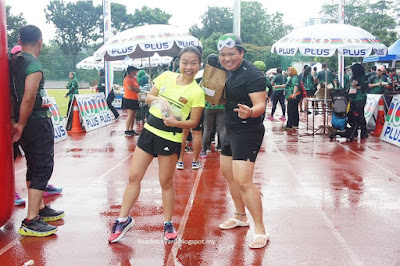 Runners were greeted by these hardworking and cheerful medals queens right at the finish line. Rain certainly didn't stop them from doing their duties! 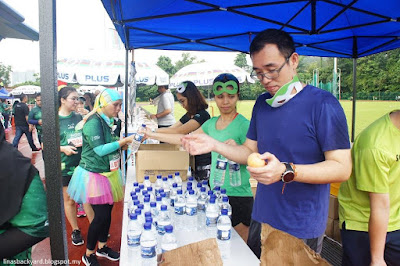 Then we queued for our refreshments. FREE O'Brien's sandwiches for all runners! Plus mineral water and apples. There was 100-plus booth too. 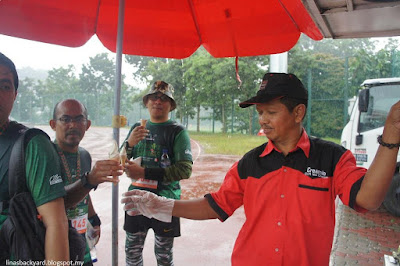 Despite the rain, kids and adults alike lined up for ice-cream! I also didn't miss a chance to enjoy ice-cream. 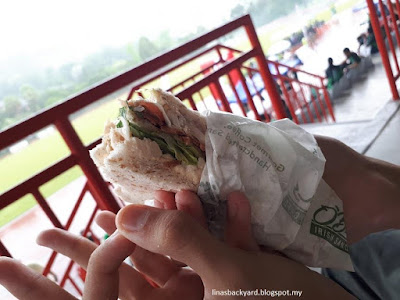 Then, it was time to enjoy our sandwiches before we go-look-see the lucky draw winners' list. Alas, B030 number didn't came up. B031 did! Darn. Hehe 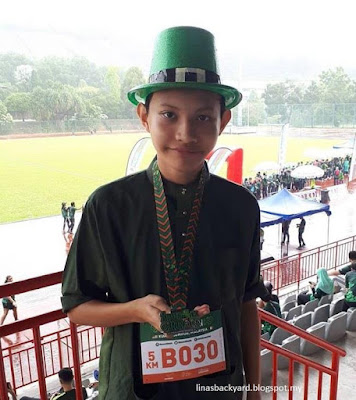 Son and his first medal for the year.

He doesn't join as many races as he used to last year. But with no big exam this year, maybe we can coax him to run more again. He is after all, able to run 10K pretty easily since years ago. ^^

All in all, it was a fun event. The emcee had even said, we got to enjoy Irish weather on Saturday morning. It rained but everyone seemed to be in a jovial mood and were such a good sport.

Thank you again to Malaysian-Irish Alumni Association, the event's team, volunteers & crews and photographers (official and non-official) for a great Saturday morning outing.