- August 26, 2017
It's funny. Up to Thursday, I didn't have any races planned for the weekend. As a matter of fact, my training for the weekend was supposed to be a 17K long run which I planned to do on Saturday and a 50 min easy run for Sunday. Boring because no races to join but I figured, get the training session right lah, instead. Training all go haywire dy, I haven't been running much other than during a race in the weekend and my marathon will be in 11 weeks' time! 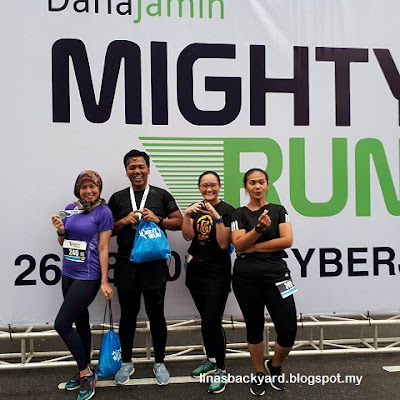 Then, a friend asked me to join him for Danajamin Mighty Run which was held in Cyberjaya. Talk about a stroke of luck! Yeay! Got a race to join! I immediately said yes and the next day helped to pick up the team's bibs (4 of us) at Menara Allianz.

Going to the REPC was easy and painless as I used Grabcar promo, the #grabcarseagames code and only needed to pay RM1 after the subsidies. Cool!

So, instead of a 17K for Saturday, I decided to do an easy effort 10K on Saturday and do the 17K on Sunday instead. 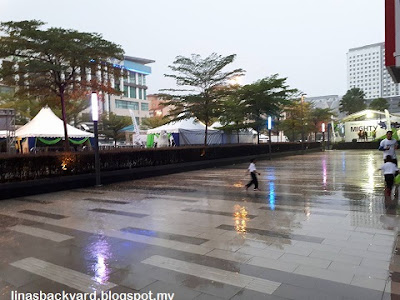 But come race morning, it rained. And rained.

The flag-off was postponed from 7.30am to 8.00am as we pretty much waited not really for the rain to subside (can run in rain mah) but whether there'll be thunder and lightnings that's dangerous for everyone.

We were flagged off at around 8.05am and ran in a slight drizzle. Despite the drizzle and having to navigate puddles, it was a really enjoyable run.
The weather was cooling. The route was quite friendly with only a few climbs (that were not that scary to do). Race marshal, crews and volunteers at this race were all awesome.

As I said, I only wanted to run easy and that was what I did. I didn't expect anything fast because I haven't been running much (this run was only my third run & workout for the week, after Tuesday's 1hr run and Friday's 5K) so I was quite surprised to note I hit pace 6.57. I felt good so I stuck to that effort and the next 3K was also the same pace. 6K of even pacing. Cool!

The next 3K (KM7-9) was slower as I started having walk breaks on a few inclines. The rain got heavier too at this point, and I can't really see well with my lens wet with rainwater. I skipped two earlier water stations but I stopped for a drink at the third and final water station although I wasn't really feeling thirsty.

By KM9, I can see Centrus Mall on my left but we still have a km to go. Damn mental woi! Plus a climb to pass by Citadines. 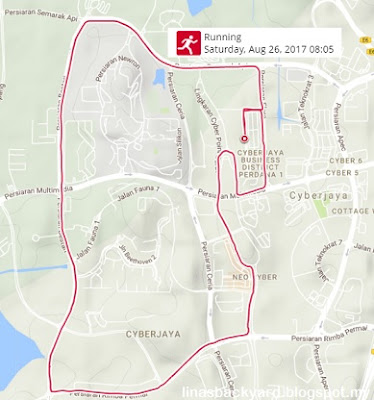 Then, another mental stretch of flat route to the finish line for about 600m. 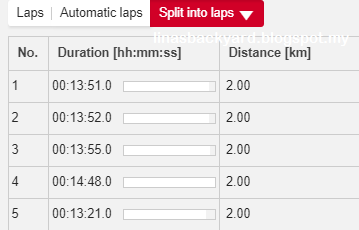 My 2K splits. Slowed down around KM7-8 because I started walking while climbing hills. Hahadoi.

Overall, I really enjoyed my run. Chatted with a few friends during the run and also go kepoh worrying over a volunteer manning a junction because he was soaking wet and not wearing a rain poncho.

Distance markers placed at 2km intervals were prominently placed there were marshals and RELA members everywhere to ensure runners' safety.

A number of companies sent their teams to run so I saw RHB runners, AMBank runners (they really came in big numbers from what I saw) and Paynet - to name a few.

The Danajamin Mighty Run 2017 saw around 1,000 runners participating and although it is a smallish kind of event, it was really well executed. There were podium runners (both local and international) who came down to race in this event too!
Events Itchy Feet Race Recap