I decided to collect my Augustman Run race kit on Friday, after work instead of going on Saturday because my Saturday will be crazy packed from morning well into late night.

Rather than trying to go through Friday night jam going to Lot 10, where the REPC is held for the run this coming Sunday, we decided to take the MRT.

Hubby had wanted to take the shuttle bus to Pusat Bandar Damansara MRT station but I told him, surely there are parking spaces for cars at the station? 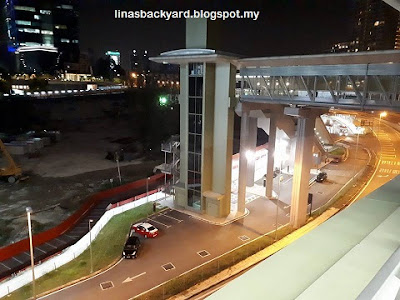 Apparently not. So we parked kinda illegally by the roadside lah, just to use the MRT. huhuhu

But the MRT trip to Bukit Bintang was relaxing and painless. The train wasn't crowded, it was quiet and the trip was fast and pleasant.

Going out through Pintu D, we came out right in front of Lot 10. 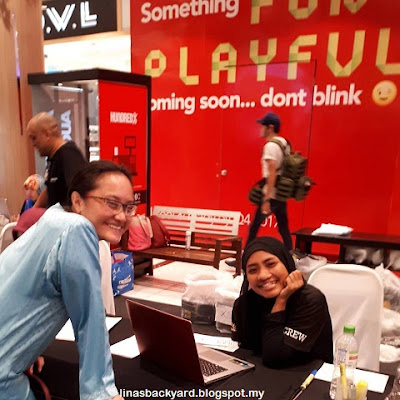 Race kit collection was painless. Just don't forget to fill up the indemnity form before going to collect your kit and/or your friends' race kits too!

And really nice to meet a familiar face there, manning the counter. See you soon at PNM, Idot! ^^ 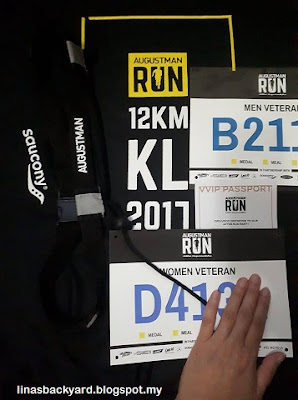 Our His & Hers race bibs for Sunday.

Those who has yet gone to collect, don't forget to do so and see you guys on Sunday!
Email Post
Labels: Events Itchy Feet