I wanted to write about my year of running for 2017 earlier this year then I put it off because I have this feeling that I should be focusing more about other stuff than about running. And anyway, it’s not like whatever running that I did was all that great either.

And the fact that I haven’t been really been meeting my target for year 2017. Bitter kot. Hahaha

But in retrospective, maybe I should write it anyway.

To look back at the stuff I did, the friendship that I forged along the way, whatever small achievements I made and be thankful that I am still running, still smiling and still be able to enjoy my life with my loved ones around me.

And maybe, just maybe… I can inspire others to put on their running shoes and start running, or walking… or whatever, and lead a healthier lifestyle.

The Full Marathons
I didn’t managed to do the four that I had aimed to do.

After a really bad Twincity Marathon and Standard Chartered KL Marathon experience (I had really bad bouts of gastric mid-race), I had to re-look at my health, in particular and my training and re-evaluate my target. 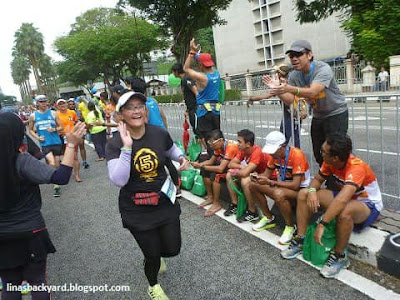 I ditched (DNS) Putrajaya Night Marathon because I felt I wasn’t up to it. A few years ago, I would’ve just run anyway but I decided not to be foolhardy now that I’m already over 40. Be matured lah sikit. At this age, one shouldn’t be FOMO (fear of missing out) as a friend, Zane had pointed out to me. Hehehe

Not too shabby, in my opinion.

The Half Marathons
I trained specifically for a faster HM in 2016 and I got my 2:22 PB that year. 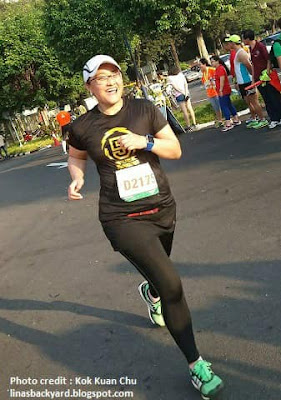 In 2017, the HMs that I joined were only part of training and after a 2:31 timing which I considered good for a training run a Bukit Jalil HM, my pace dropped significantly at subsequent HMs.

The one that truly stick to the mind was IJM Half Marathon in Seremban 2. One crazy race route, complete with torturous stair climb! But one I definitely will join again.

I have a few more lined up! I’m aiming to get 43 by September this year to celebrate my 43rd birthday.

The Volunteering
I didn’t volunteer that much last year and Hubby and I only did a few.
Bukit Kiara Conquer The Hills in January, Rimba Alam Ultra Relay in April and Highlander Series Bukit Kutu in May. 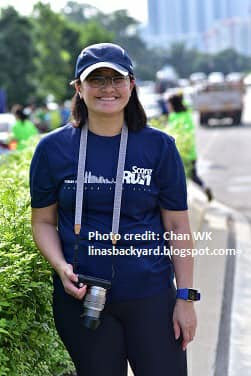 And sometimes, instead of running, I put on my “cameraman” cap on and took photos at a few races – Hulu Langat Marathon in July, P.S.P King of Forest Trail Run in July and The Magnificent Merapoh Trail Run in August.

Not that many admittedly to give back to the running community but I’m trying and learning.

The Supporting of Friends' Events
I joined “I Will Be Okay” trail run in March to support a friend who organised the free event for the “Fight Against Depression” awareness campaign. 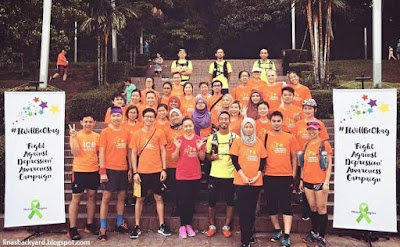 But her legacy will continue on.

I also joined Run For Funds in April, in Sungai Buloh which was a fundraising event for Bukit Rahman Putra mosque.

I even came back with a prize! Hahaha

The Achievements
If you can call it that…
A surprise 3rd placing at UM24, 6-Hour category and a 13th place finish at MKH 12-Hour Walk.

The MKH 12-Hour walk was also my only “ultra” distance for the year 2017. Although I’m not sure walking 64km in a walking event can be considered an ultra. Some runners just didn’t think so. Hehehe

There was this “almost podium” too at Hulu Selangor 30K where I finished in 6th place in the 10K category. Until today I regretted not pushing all the way. 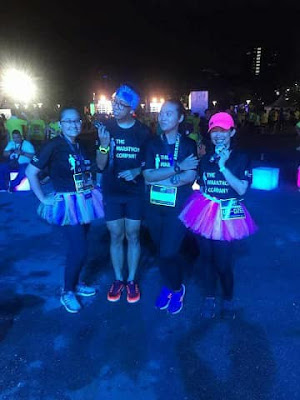 Powerman 2017 in March with Team BNM was fun and so was ASICS Relay with Team TMC and also with a dear friend and mentor, in 2017.

A few 10K at races such Coway Run in May, Run for National Unity and Bangi Wonderland Nature Run in September, Tayaria Run and Augustman Run in October and those were all great experiences.
More than timing or placing or having the most number of runs, I treasure the fun times I had meeting with friends and making new ones along the way.

I had two great runs (awesome experience but horrible timing) already this year at Skyhawk Nature Run and Twincity Marathon and I will be looking forward to more in 2018.

And I think, me and joining races is more than about running anyway. It's about connecting and reaching out to others too.

See you when I see you!
Email Post
Labels: Close to my heart Events Itchy Feet Out and About Rants and Ramblings