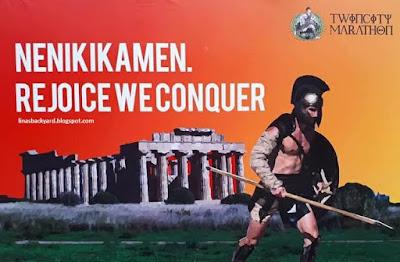 That was Twincity Marathon 2018 theme for this year. The two cities marathon which covers both Cyberjaya and Putrajaya (hence the name Twincity) was back for its 4th edition on Jan 21, 2018.

And back with a bang too, complete with the Greek Battle of Marathon reference, where Pheidippides ran from Marathon to Athens with the news of great victory to his people. (By the way, I heard rumors that the 5th edition may feature Malay warriors from the Melaka Sultanate pulak). Hehehe

Anyway, here I was, back for my third Twincity Marathon. I joined in 2016 and 2017 and but this year I decided to do just half marathon. Which was such a relief, come race day because I only really started training (i.e. actually run 3-4 times a week, instead of just one long run per week) two weeks ago. Clever. Hur hur

I was still queueing for toilet when my category was flagged-off but I decided to not be so kan-cheong and settle my toilet business first and start later. So when I finally crossed the Start Line timing mat, it was 7 minutes after flag-off and no one was really running with me. Everyone was already in front of me lah.

Barely 1km into my run, and after the first junction, I kinda lost my footing on an uneven stretch of the road and almost sprained my ankle. It did hurt but not too badly, so I decided to just continue. I figured, if my ankle really got injured after this, I have no race to worry about in February anyway, so I can nurse any injury within that month. (so stupid kan? It was that same stupidity that carried me to the finish line last year despite a bad bout of gastric. Wahaha).

The Twincity Marathon 2018 route was different from the previous editions and I kinda like this new route more. Except for the final 2K lah where the road is so berpasir one. 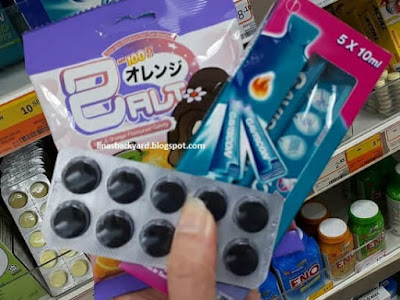 I had prepared a few items for the run. Upon the advise of my GP, I had prepared gastric medicine and charcoal tablet to eat before the run and some salt candies and barley mint sweets to eat during the run. And because of the gastric, I planned to just run easy and not cause any tummy discomfort during the run. That meant a happily slow pace of 8min/km. Just like what I did at Skyhawk Nature Run (although I spent 2 x 5 min stops at two water stations at Skyhawk, effectively making my timing much slower than what it supposed to be).

Weather was good that morning. The weather forecast was for a rainy morning with thunderstorm but thankfully it didn’t rain when we started our run. Saw some lightning though. I never do trust Malaysia’s weather forecast anyway. Wakaka

Water stations (WS) were placed at 2.5km-3km apart and the first one was at 2.5km mark. I was running and walking early in the run simply because there were already “pasar malam” pace walkers right from the start. Not power walking, mind you. Just strolling pace. At 1km mark. I really cannot brain why, to tell you the truth. And it was “work” just to run pass the walkers who were walking left, right, centre and even outside the coned area. Got “Rabbani”/ boy band style group of walkers too, effectively blocking the whole lane because they wanted to walk in one gang. *face palm*

I don’t mind walkers because hey! I walked too. But if you’re doing a 15min/km pace right from the start, what time you wanna finish? And there’s this COT issue of needing to finish within 4-hours to be mindful of too.

As I ran, I saw runners stopping by to perform their Subuh prayers from WS 2 onwards by the roadside and at the bus stops and using the WS mineral water for their wudu’. There were actually prayer tents located farther ahead at WS4 and WS5 if I’m not mistaken and with telekung and water for wudu’. No mobile mussola this year, I think.

Mobile toilets were placed along the route too making it convenient for runners to make toilet stops. Luckily, I had settled mine earlier so I didn’t need to do any more stops. Hehehe

We used to pass by Pullman and PICC in previous edition of Twincity Marathon but not this year. It’s like suddenly we are already in Putrajaya this year without passing by these two landmarks. I’m not complaining though. As I said earlier, this route is good for me. Hahaha 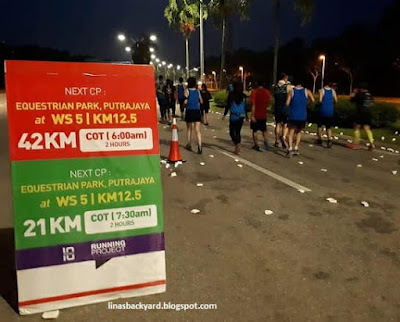 I had aimed for an 8min/km pace and my aim was to reach 10K mark in 1:20 and I reached it in 1:19. Not bad and I was feeling good.
I bumped into a fellow Gaited Community running kaki at around KM12 and said hi. She was running the half marathon in celebration of her birthday on Sunday! Happy Birthday KZ!

We chit-chatted for a bit before we lost each other although after the u-turn we bumped into each other again, but at the opposite side of the road lah.

The GPS reading of my Polar watch had so far matched the distance markers placed by the organiser (in countdown style) up to KM16, if I remember correctly.

Then when it showed “5km to go” (for half marathon), my Polar had a reading of 16.5km and the difference continued to build after that and when the marker showed “ 3km to go”, my Polar had already read 19km. Damn, bonus distance! LOL

I was really feeling good and with no tummy discomfort this time and I didn’t need to eat any of my candies and sweets that I brought along. All I took was water and a banana at KM13 WS.

Pity lah we half marathoners didn’t get to enjoy cendol that was served along the full marathon route. *jeles* hahaha

Anyway, each time I reached the WS, the volunteers seemed to be struggling with paper cups (drinks were aplenty) but I didn’t worry much about it and just helped myself with getting my cup and pouring my drinks. I was the back runners mah.

Towards the final 4km or so, I had to “reprimand” a few runners for running in the middle lane of the 3-lane expressway. The right hand lane was coned off for us runners and the crowd wasn’t exactly so big that one couldn’t run within the right lane but some runners still want to run outside it. And cars were speeding by beside them. @.@

My friend is still in hospital fighting, after being struck by a car in another marathon earlier and these male adults didn’t care about their own safety. I was tempted to shout “Runner, keep to your right” but what I actually did was run close enough to them and ask them to not be in the middle lane. 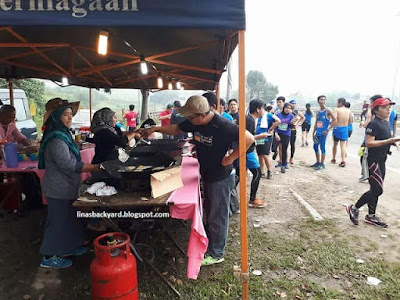 Anyway, after KM19, I kinda couldn’t force myself to run and so it was run a bit, walk a lot. Then, at around KM20, I reached the last water station where Truestart Coffee (it’s not Nescafe O, OK peeps) was served (both hot and cold) and also Roti Goyang (but the telur wasn’t all that goyang lah. Wakaka).

By 20K mark (my Polar), my 2nd 10K was only about a minute slower than my first 10K. Boleh lah… But the last 1K was up an incline and it rained so really didn’t want to run already that time. Hahaha

Fortunately, it was a decline afterwards and a bit of flat stretch before I finally crossed the Finish Line.

Got my medal and stopped to chit-chat with friends. Chit-chat, take photos and completely forgetting to go collect my finisher tee. After a short wait in the queue, and with my finisher tee in hand, I went looking for Hubby (who wasn’t at all impressed by my timing. Hahaha) 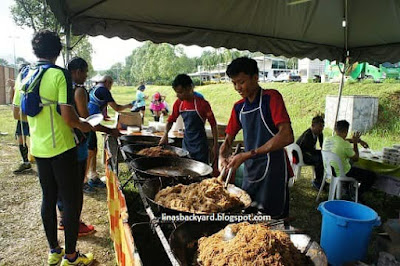 We lingered for a bit, taking photos of other runners, then enjoyed the bihun goreng available for everybody before making our way home at 10.00am. The bihun goreng was sedap, I tell you. 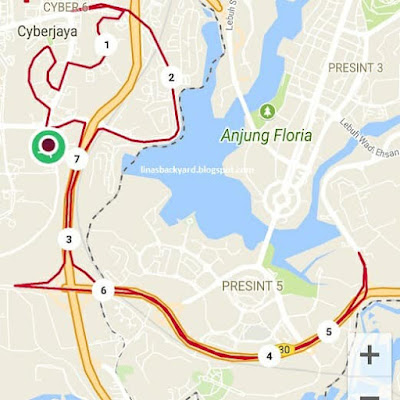 Overall, I was happy with my run and with Twincity Marathon 2018.

Sure it wasn’t perfect but to see it improving year by year, I bet the 5th Twincity Marathon in 2019 will be much better.

And hopefully, if they still give out prizes for Top20 for each category like they did this year, I can train hard enough to actually have a shot at getting a Top 20 placing somehow. Ekeke

Thank you to the organiser, crews and volunteers for a great Sunday morning for me.

And special thanks to Ten Senses for the opportunity to run in Twincity Marathon 2018 and also the chance for Cik Arnab & En Kura-Kura to hold contest for complimentary entry slots for our Facebook followers.