So Lewis Hamilton captured his first victory of 2014 in Sepang after an emphatic drive from pole position on Sunday with Nico Rosberg securing second place for a sweet one-two victory for Mercedes.

Thanks to my sister, Zaini and I got two grandstand tickets for Saturday and Sunday to watch the 2014 Formula 1 Petronas Malaysia Grand Prix. Zaini is a huge fan of Formula One by the way.

We didn't go on Saturday to watch the Practice session or the Qualifying round and only went on Sunday on Race Day itself. 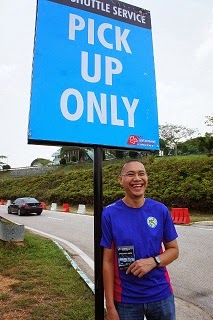 Waiting for the shuttle bus from our parking area at Bay 8 to the race venue. Buses were aplenty. Parking spots too. Parking was free on Mar 28 but chargeable on both Mar 29 & 30th. 2-day parking at the bays right in front the race venue was RM200.00 whilst the one further away were a "mere" RM30.00.

We got lucky somehow. We parked. Nobody approached us for payment so we assumed we'd pay upon exit and when we exited later in the evening, no one was collecting car park fees! Save RM30! Fuh~

Anyway, another option to go to Speang International Circuit (SIC) on F1 race day is to use public transport.

There were direct bus service provided by RapidKL to (SIC) from KL Sentral and KLCC at RM18/one way or RM30/return trip. One way bus from LCCT was RM10.00. 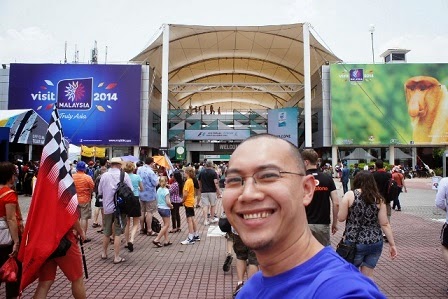 Selfie first before entering the mall area/welcome centre. HAHAHA Hordes of people milling about, of all nationatilities. 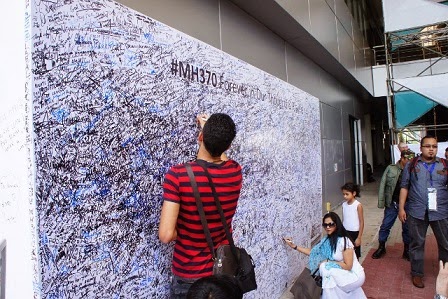 Even with all the excitement, MH370 wasn't forgotten...

A minute of silence was observed before the start of the race. 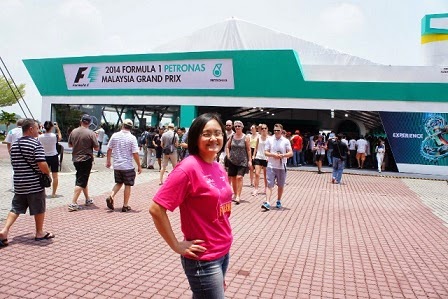 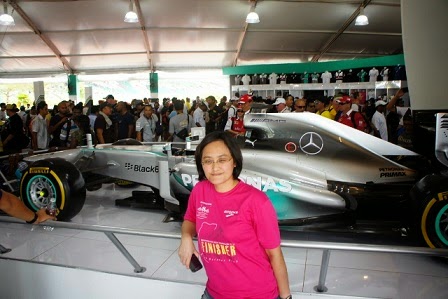 Despite the crowd, we had fun. Taking photos, checking out F1 merchandises, trying out games and stuff before making our way to our seats. Missed out on the autograph session with the drivers. *shoot* 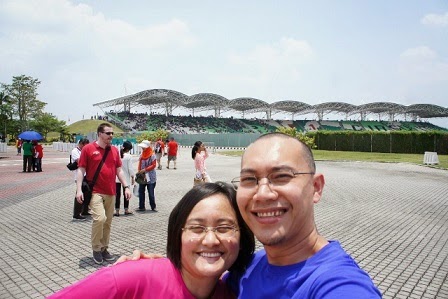 That's our seats behind us! 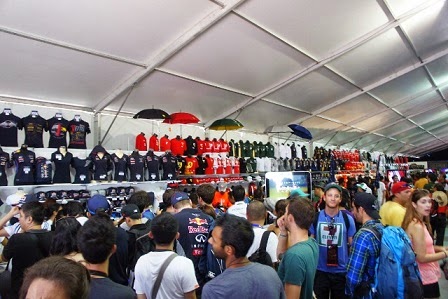 A big crowd at the F1 Village. Tempted to buy but man... they're all so darn expensive!

Zaini used to spend money on these merchandises when he was younger but not anymore. Otherwise you'd probably see him wearing his favourite team shirt instead of the BIM shirt that he wore that day! LOL

We milled about and lepak near the Welcome Centre enjoying free wi-fi provided by Maxis until it was 3.30pm before making our way to our seats. 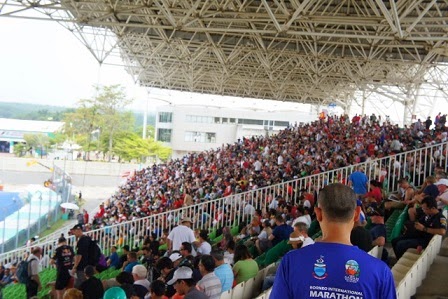 One section all filled up, mostly by international fans. 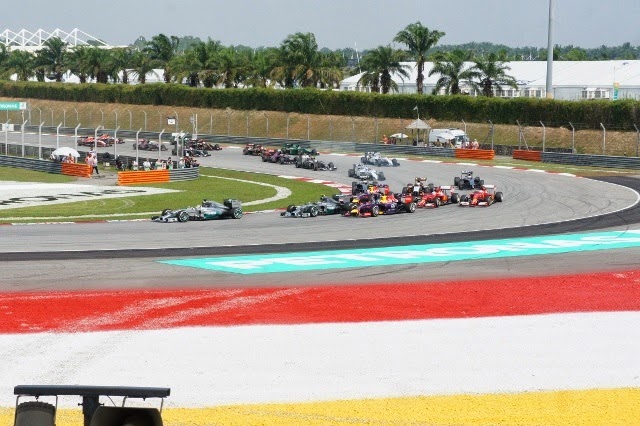 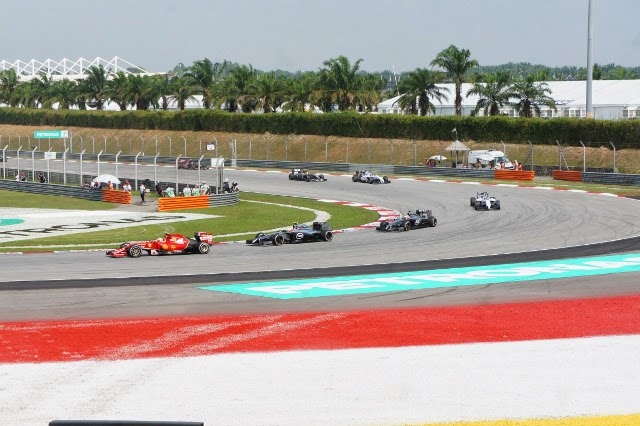 A few dramatic overtaking were cheered by us spectators but the race was rather an uneventful race. Because we weren't seated in the much "posher" area of the main grandstand to see all the actions (and a certain someone, right Ru?) we missed out on some but gained on some.

It certainly was a fun and interesting experience that came complete with inhaling perspiration and at one time second-hand smoke by fellow Malaysian who cannot read a "No smoking" sign that was placed right in front of him.
Email Post
Labels: Close to my heart Events Local Exhibitions Out and About Public Transport Travel - Malaysia Travel - Selangor