A Retrospective - My Beloved Gear

I wrote something on my FB timeline about my full marathons, some that I ran, some I didn't. I dunno why but the countdown towards Standard Chartered KL Marathon 2014 which will be held on Sunday, Oct 12th is kinda making me rather nostalgic.

That and the fact that Malaysia Women Marathon which incidentally was where I did my first full marathon in 2013; had just opened its registration for 2015. It'll be held on March 8th, 2015! Anyways, this is the FB status.

Then, I couldn't help thinking about my early days of training for my very first marathon.

While I am blessed to have a running partner now, I ran alone pretty much all the time while training from 2011 - 2012. Occasionally hubby would accompany me while he rode his bike on Sunday and occasionally I'd follow friends but most times alone.

Still I am blessed for the fact that hubby (and sometimes son) will wait for me to finish a run, say in Putrajaya or Bukit Tunku. I'd run and they'd go out and have "guys" time together.

I remember when I first started training and did my "longish" run in Putrajaya,I started my run in late mornings from the very beginning to accommodate hubby and son too. Waking them up too early just so I can run is rather selfish. I am already selfish for insisting to go out and spend my "alone" time every weekend, after all. So 8.00am sounds more reasonable.

At first I ran holding a bottle. Any mineral water bottle. 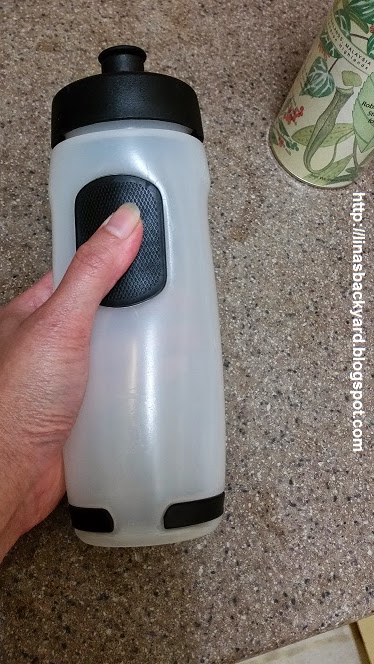 Then, I upgraded myself to this Nike handheld water bottle.

Most times, a bottle wasn't enough and since I didn't run through a route that had shops or petrol stations, I resorted in re-filling my bottle with tap water. Yup, I sure drank a whole lot of tap water back in the days (well, only a year ago lah! Muahaha) 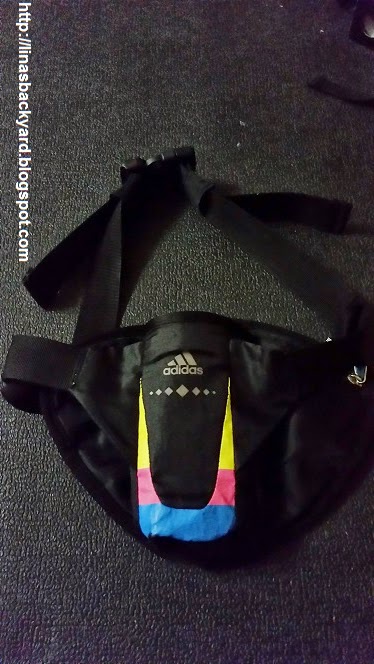 Then, I got this Adidas hydration belt. One bottle in the belt and one I'd hold in my hands.

I am now already a bit more clever and know where the petrol stations are in Putrajaya. Kakaka

When I started my full marathon training, I decided to invest in a hydration bag but I didn't want to spend too much unnecessarily. So instead of getting what was popular - Camelbak, Nathan, etc bag; I bought a bag for less than RM150.00 at Rodalink. It's for cyclist. It was cheap. It sure as hell wasn't trendy but who cares? 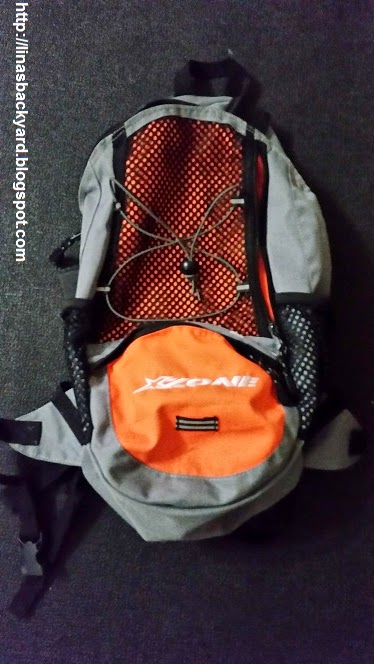 It fits my purpose. It looks like a normal backpack but it came with a 1.5ltr bladder (that's a water pouch) and a tube. As I said, it fits my need. 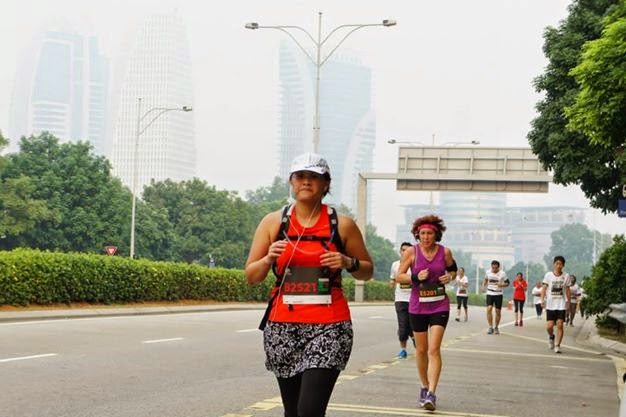 That's how the bag look when I ran with it in a few races.

Funny though after all these "upgrades" from holding a bottle to a belt to a bag, I'm back to being comfortable running with just holding a bottle. My hydration bag is now hijacked by dear hubby and if I want to wear one, I gotta buy another one myself! Hmph!

The bag is now used mainly when we go trekking anyhoo...

It's fun to see friends getting new gears for their runs and races. There are times I feel a certain envy and awe at them, I guess.

But hey! So far, my miserly choice had worked well for me. Me, my Adidas hydration belt that cost less than 2,000yen and a mineral water bottle in my hand.

I probably will have no choice and get one in preparation for 2015 April's adventure race. We see how lah... Gotta find extra money somehow.

Anyone got part time job to offer?

p.s. don't talk about my shoes though. I need ALL my shoes. All seven pairs of them. I think I need to buy another pair for next year's adventure. Muahaha!!!
Email Post
Labels: Itchy Feet