A Weekend Recovery And A Training 22K Run In Putrajaya

was the intention when I signed up for CAPAM (Commonwealth Association of Public Administrator & Management) International Run this Sunday.

It was a pretty last minute decision and I actually signed up on Friday, after seeing Gme's update on Facebook that it's still open for registration. It matched with my training plan which requires me to do a 21K run this weekend. Didn't matter that I was unable to follow the rest of the week's plan, making this 22K run my only run this week.

The catch was, I had to do manual registration at the race kit collection centre located at YWCA in Jalan Hang Jebat.
I was lucky one of my running friends was heading there and helped me to register. Thank you! ^^

The morning of the run started ominously. I slept early the night before, without having dinner so I woke up with a tell-tale sign of having gastritis. Ain't exactly a comfortable sensation as my chest was still feeling tight and painful even after I had my breakfast of a cup of cocoa and a bar of snickers.

Zaini asked whether I wanted to get any breakfast prior to the run but I wasn't keen on having anything heavy so I declined. 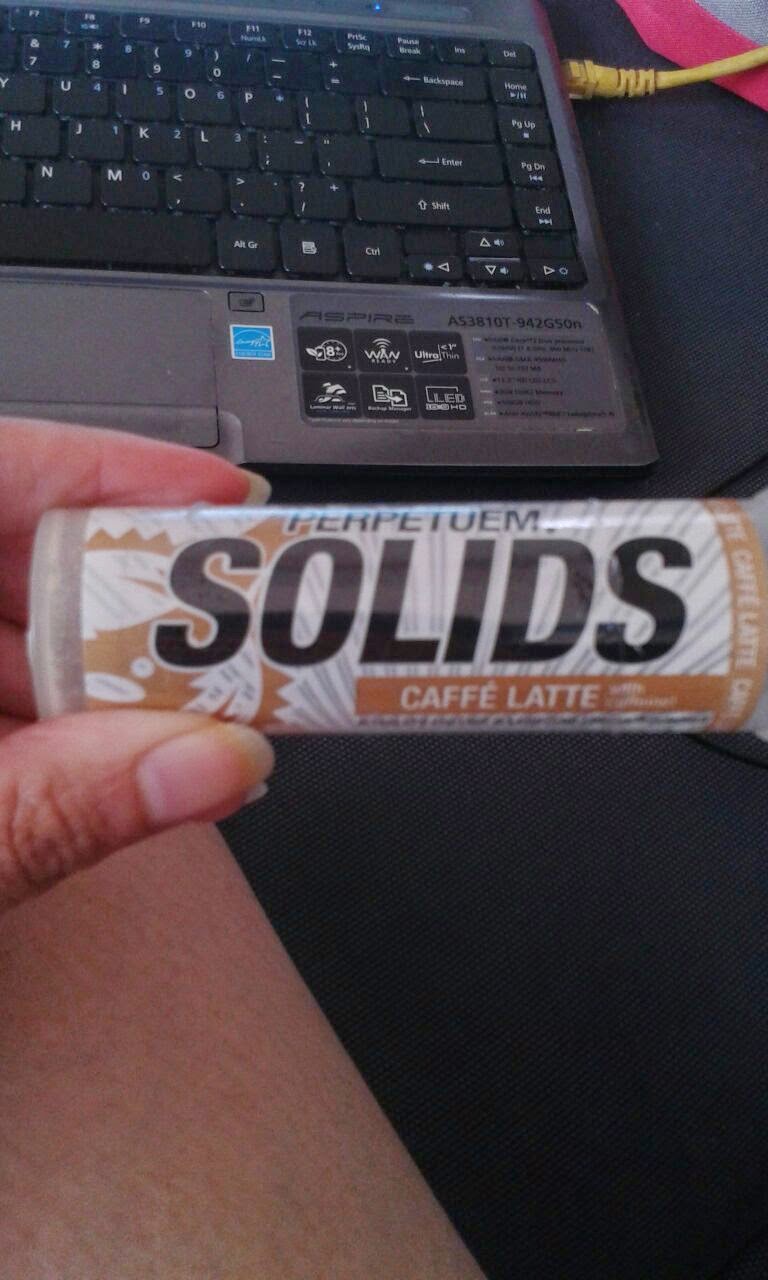 Instead, I pop in a table of Hammer Perpetuem Solids before the start of the run. I prefer this as my fuel as a tablet of this not only provides me energy during a run but it also makes me feel full. 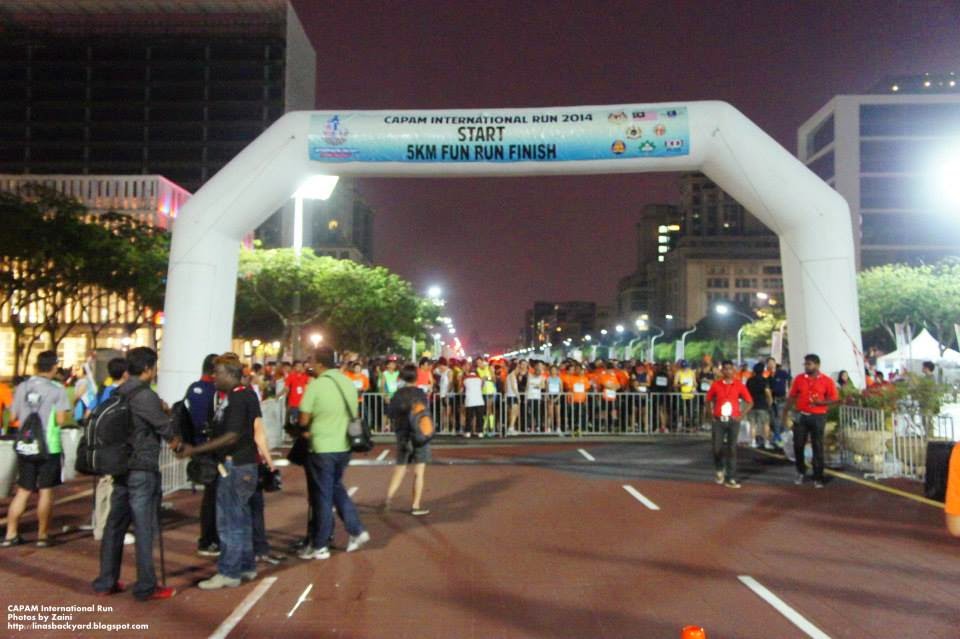 We arrived at the starting line at around 6:10am with the starting pen still quiet and devoid of any runners.

When I returned from the toilet (long queue so didn't manage to pee yet), the announcer was announcing that CAPAM International Run is an international event and they allow foreigners to run in it, instead of limiting it to locals and foreigners with student visa/work permit. Yada yada yada...

No wonder lah got sooooooooo many African runners running in this run. The rather lucrative prize money is of course an incentive too.

I've been told that the route was the exact route as last Saturday's Putrajaya Night Marathon Half Marathon route but since I didn't enter the night run last week, I ran totally blissfully ignorant of the "killer" route. Actually, I look up the route map but of course it didn't register yet how tough or mental it would be, despite part of the route is actually part of my training route during weeekends. Hahaha adoi.
Started slow and happy and caught up with a running acquaintance just after KM4 and ran with him for a bit. Sure was helpful to have a running buddy to keep one occupied and not focused on the hilly route!

I think we ran for a few KMs before he sped off while I continued with my slug pace. 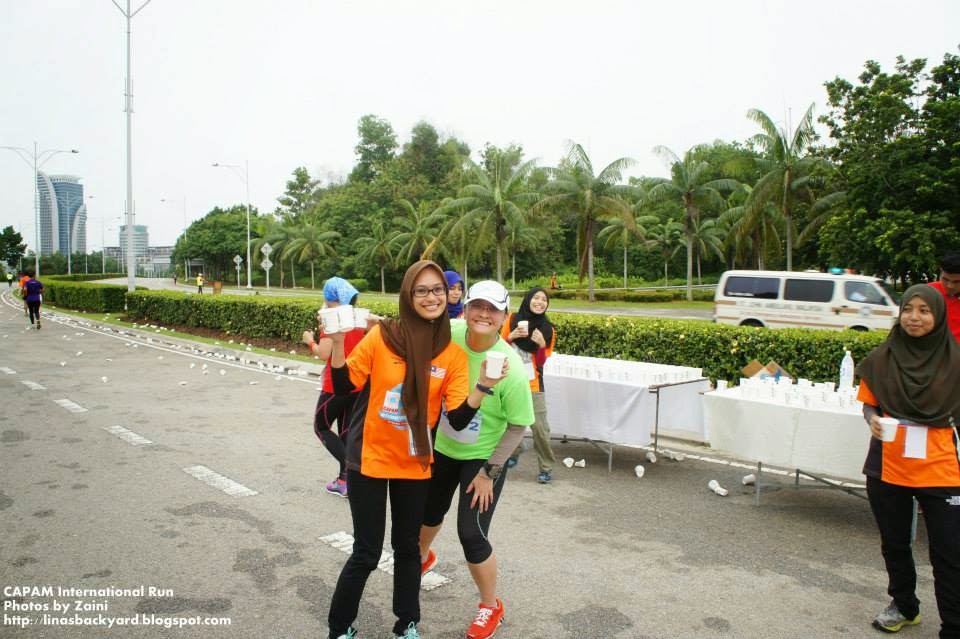 I was quite surprised to see hubby waiting with a camera ready, taking photos just before the 7.5K water station. Pleasantly surprised as he told me earlier that he plan to just wait for me in the car, sleeping. ^^

Have to say, the volunteers at ALL of the water stations were absolutely marvelous. Friendly and helpful. Quite a hoot too, some of them. Thank you dearies for taking care and making sure we drink.

They got to be one of the best volunteers group I've met in all my races. THANK YOU again!

I do wish there's a banana or something halfway through the route but tarak lah... So with gastritis still a worry and running with a tight chest, I lumbered on. Lost my running buddy after this water station and spent more time at around KM9-10 making a detour to head to the toilet.

There weren't any portable toilets available (low key events usually don't have them except perhaps at the Start/Finish line) so thank goodness that Putrajaya does have public toilets scattered around its township, Fuh~

There was a toilet too when we ran past a Muslim cemetery in Presint 20. Yup me dearies, we ran past a cemetery. Imagine pulak running this route at night, at Putrajaya Night Marathon. Spooky...

Pop in another Hammer tablet as tummy was feeling hollow to keep hunger at bay. Note to self : don't skip dinner the night before a race even if I wasn't feeling hungry. EAT!

The route was undulating but unlike SCKLM that I did last week, this felt tougher. Much tougher. I guess it was partly due to not having a crowd of people running alongside me, to make me less focused on the route. At SCKLM, I enjoyed the vibe of other runners that I didn't focus much on the distance I was running.

True enough, when I caught up with another running acquaintance at KM18. I felt much better and we continued on chatting and sharing tips. OK, I'll be checking out the Blue Tin Nivea! Thanks for the tip. :-) 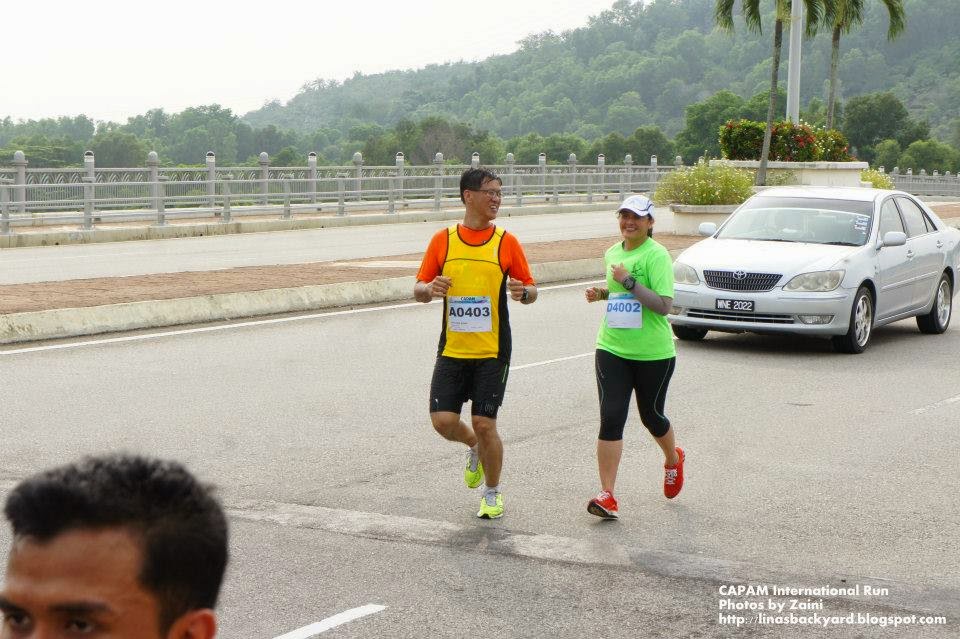 We bumped into hubby who was waiting patiently for me at KM20. I saw hubby running behind me after that and thought he'd run with me but he motioned for me to continue while he used a shortcut and headed off to the finish line to wait for me. Yet again. Hahaha 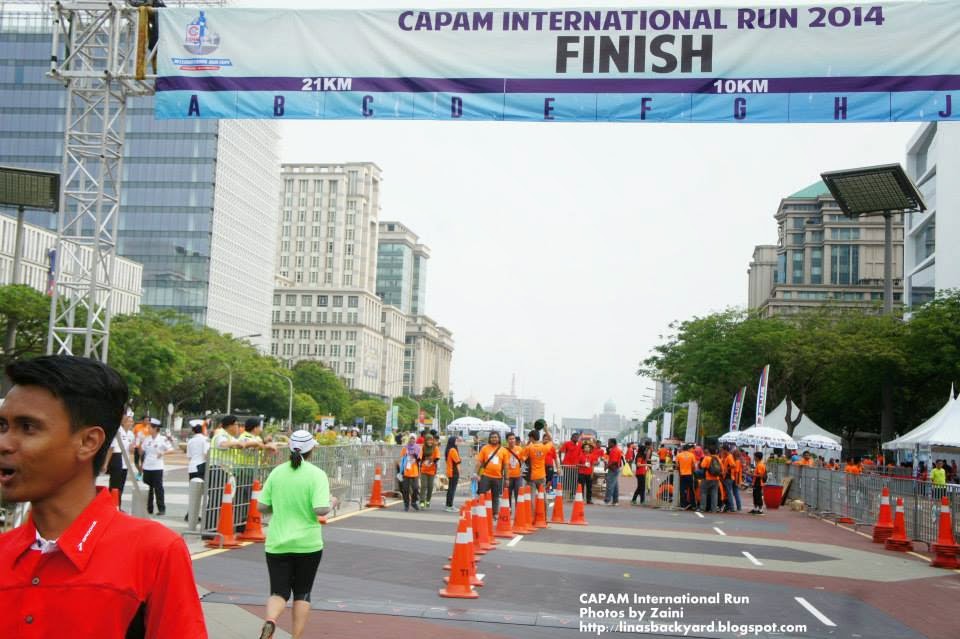 One last incline to tackle 1KM+ before the finish line and a 1K of flat route and I finally finish my 22K run. Yeah well, the distance of the run was amended and the 21K run became a 22+K run while the 10K became a 9.3K run and the 5K fun run became a 5.7K run.

I seriously didn't know my timing this time as my Timex watch went a bit wonky and I just switched it off after 14 minutes of running. Good thing that the race organiser had placed distance markers at every KM. That was sure helpful.

All in all, this was rather a tough 22K LSD for me. It challenges me both physically and mentally this time. I don't like inclines but I find that I hate long stretch of flat expressway even more! Especially in broad daylight! It's always tough for me to train using this route but I guess it's tougher doing it in a race. Make sense or not?

But I'm happy I did it. Happy that I met friends. Happy to be out and enjoy Putrajaya's morning air.

I probably will not be running in any races until the first week of November and just run around my apartment's compound (a.k.a. carpark). Will be running in a fun run at SJMC Run on Nov 2nd.