That Trip To Cameron Highlands

Hahaha Couldn't resist putting in one final post about our 2D1N trip to Cameron Highlands. But this time, it's a hodge-podge of stuff all dumped together in one post. ^^ 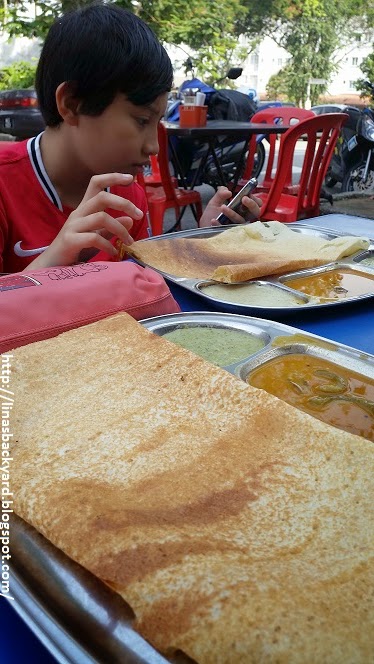 Our trip started a bit late. I was supposed to do a morning run first but then felt lazy so I slept in. Hahaha

Breakfast was at the Mamak - eating thosai. Yummm... 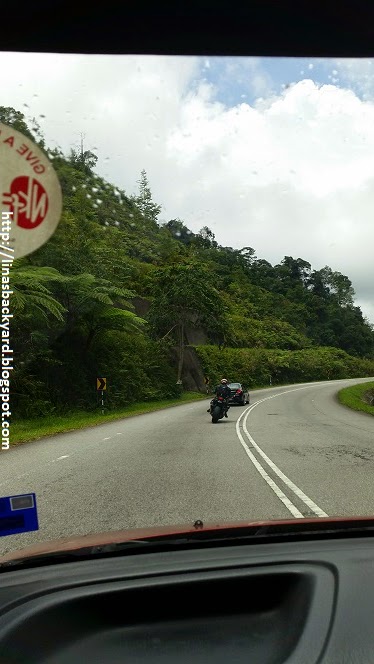 We chose Simpang Pulai route instead of Tapah and to avoid the jam in Tanah Rata. Good decision, I must say.  There were some stretches where traffic was slow but nothing too stressful.

The jam started at Kampung Raja whereabouts and going up from there was really slooooooooow moving because of the farms and gardens along the route.

People are slowing down to stop, park and stuff after all. 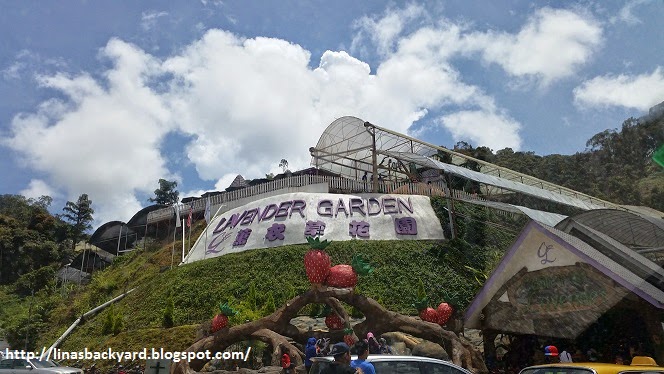 
But not open air like what SK experienced. All under cover. Dunno how much was the entrance fee because we didn't stop to check it out. 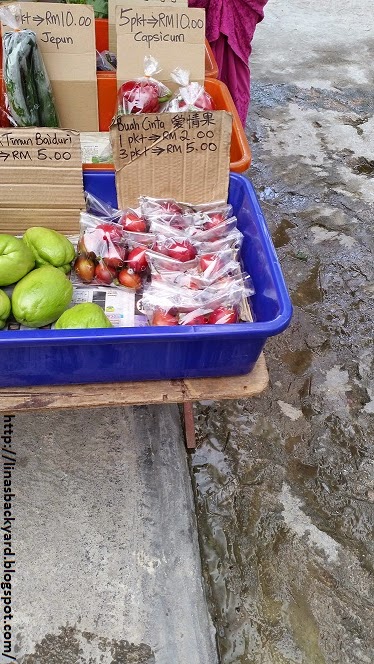 Saw this at EQ Farm. Buah Cinta. Wahhhh... if eat this must get all lovey-dovey? Hihihi 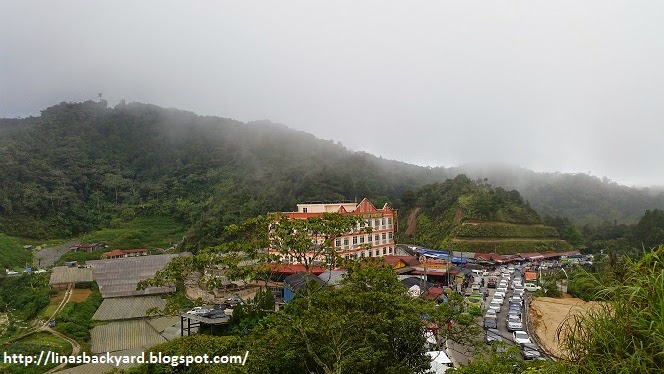 The traffic jam that can be seen from our hotel room. Ugh. 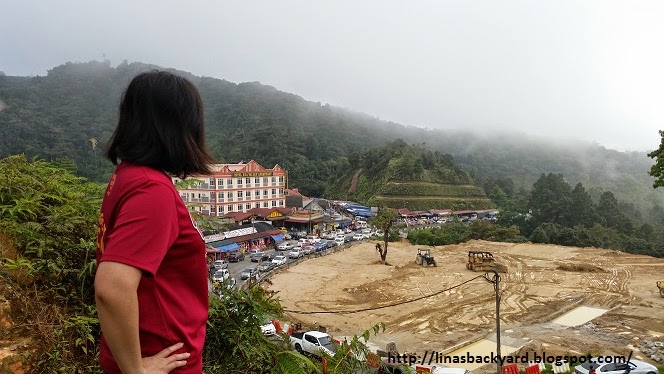 And looking at the massive clearing for development next to Copthorne Hotel.

Four years ago, nothing much up here but now even got a Square or something near KEA Farm. 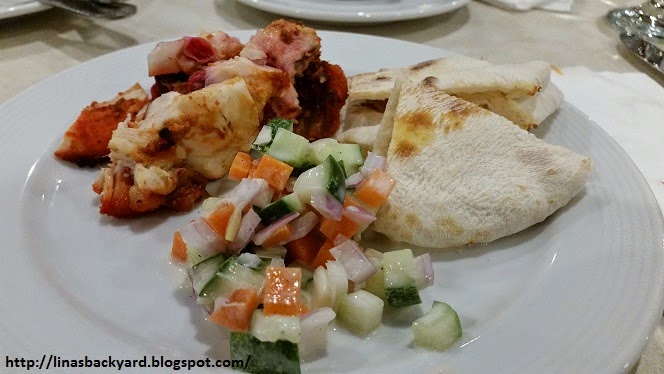 Dinner was at Copthorne Hotel because we didn't want to bother going out and face traffic jam.

Nothing to shout about. Disappointing a bit some more. But they have 2 adults pay and child get free promo for their BBQ dinner so we chose that. RM96.00 for two adults and one child... OK la. 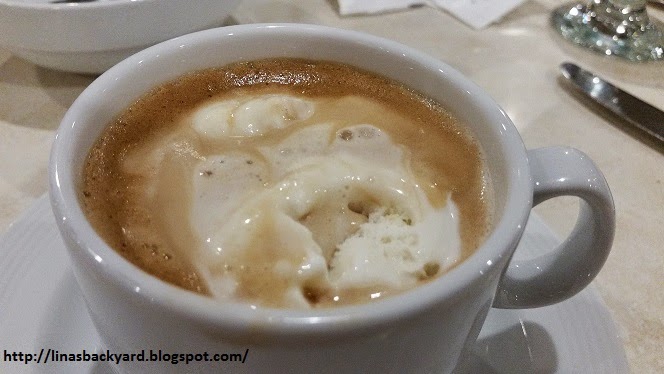 There was only black coffee served from their coffee machine so I dumped two scoops of vanilla ice cream in mine for variety. Pretend I'm enjoying affogato. Hehehe 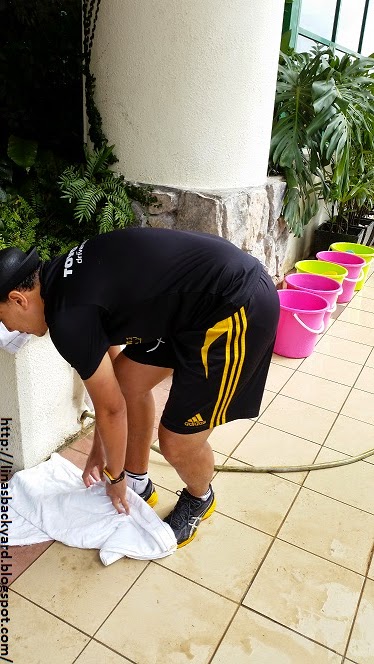 After the run, with our shoes all muddy and dirty (we actually rinsed it at the BOH plantation but it got muddy again somehow), the hotel management set-up an area for us to rinse our shoes before we step in the lobby and dirty up the area. Miahaha 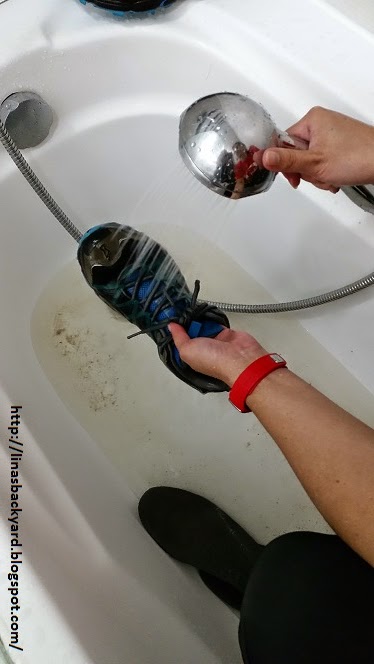 My shoes got another special treatment later.

A hot shower and a bath in the bathroom. Mandi in the bath tub! Hahaha

It was a really short trip this time.

Maybe next time we stay for an extra night and perhaps hike up to Gunung Brinchang. Sounds like a plan? ^^

Anyone wants to sponsor us? I write good, crazy comprehensive reviews one. MUAHAHAHAHAHA
Email Post
Labels: Close to my heart Gardens and Parks Makan Time Out and About Travel - Malaysia Travel - Pahang