A new kid in town; or rather a new loop-based endurance run will be in town. ^^ 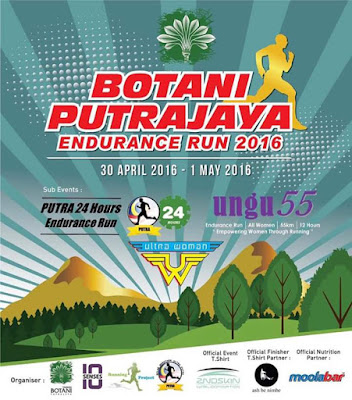 Botani Putrajaya Endurance Run features 2 different runs, although both are held in the same venue and during the same weekend.


More information and also for registration of the Run is available at https://event.howei.com/event/bpr2016, and do note that the early bird rates will end on Mar 15, 2016.
I've always like loop based run/race as a way to build my endurance and training and I believe both Putra 24 and Ungu 55 is a good platform for first timers to venturing into endurance race and for those seasoned runners training for their upcoming ultras.
Hope to see you there! ﻿
Email Post
Labels: Events