Highlander For The Day In Bukit Kutu

After last week Titi 100 where both Hubby and I volunteered, we spent the weekend crewing for another race again this week. 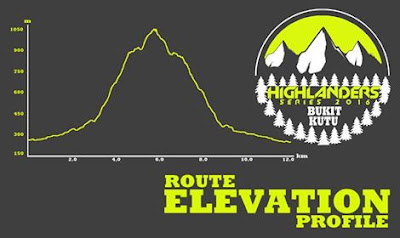 Just like at Titi 100, hubby and I were stationed at the Start/Finish line and somehow I did a "bidan terjun" job that day. What? Read on. ^^ 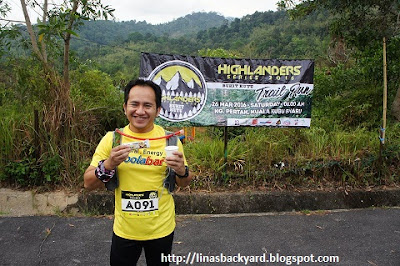 Every participant needed to chek-in before the race at the secretariat counter and they were given an energy bar sponsored by Moolabar that morning.

The organiser had also included a basic medical kit in each runner's race kit that were sent to them via Pos Laju earlier, before the race. 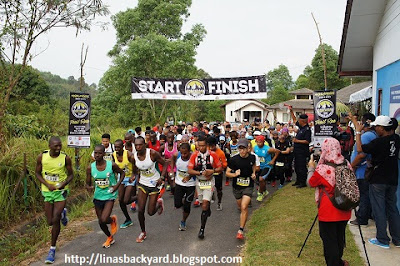 Flag-off was at 8.00am sharp after a safety briefing done by Tuan Hiswani from the Balai Polis Kuala Kubu Baru.

A small race as participation was kept to a minimum, it did however attracted African runners and a number of strong Malaysian trail runners vying for top placings. 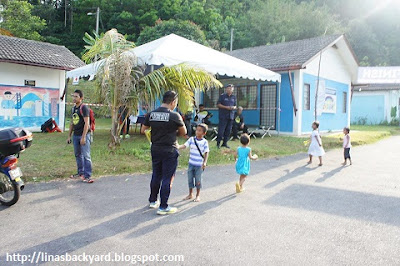 Kampung Pertak is an Orang Asli kampung area and after all runners were flagged-off, we saw the Orang Asli kids dropping by curiously to the race site.

The organiser  had come prepared with plenty of snacks and sweets to be distributed to the children. 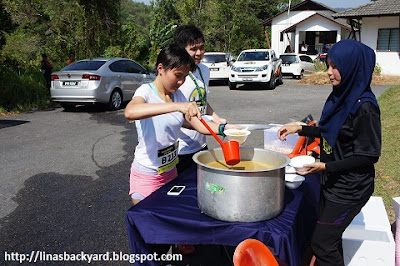 For the runners, plenty of post-race refreshment were ready for them ranging from cold mineral water, banana, nasi ayam and cendol.

The refreshment were also shared generously with the Orang Asli who dropped by after the race and they were free to take packs of Nasi Ayam and cendol too. The organiser however, made sure there were enough even for the last runner who arrived to enjoy.
Bidan terjun for the day as emcee. 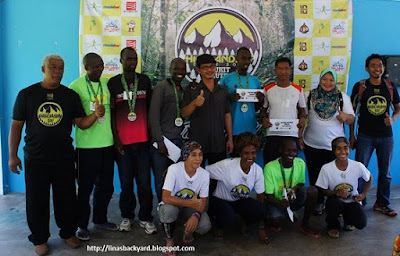 The prize-giving ceremony was done at 10.30am for the top 3 winners for Men Open, Women Open and Men Veteran category.

The Setiausaha from Majlis Daerah Hulu Selangor, Tuan Azman Dahlan was gracious enough to present the prizes to the winners. 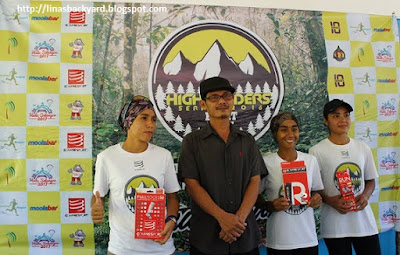 While the top placings were dominated by African runners, local runners had a surprise.

Top 3 Malaysian runners in each of Men Open,Women Open and Men Veteran category each received a prize sponsored by Compressport. 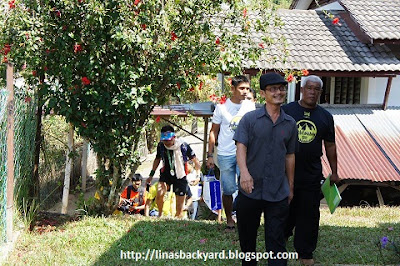 After the prize giving ceremony, runners were invited to join the organiser and local authorities plus JAKOA with Tok Batin Ali and visit the villagers' houses. Ten Senses and Running Project had kindly sponsored some items such as bags of rice and stationeries to be distributed to each houses in Kampung Pertak. 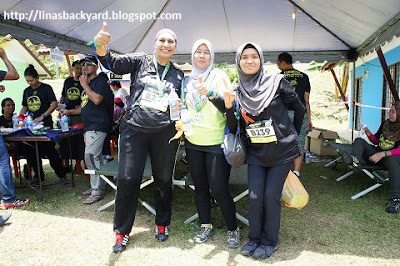 After the prize giving ceremony, we waited until the last runner crossed the finish line before we started to pack-up and clear the event site.

Salute to the runners and their jovial spirit and it was great to see them giving a thumbs up for Bukit Kutu Trail Run and they promised to return to 2017's edition, stronger and faster.