I ran on the average, one half marathon per month last year, just to prepare for 3 target half marathons that I wanted to do really well in.

This year, I've only done one at Bukit Jalil Half Marathon so far and it's quite unverving because I had signed up for a full marathon in May!

Anyways, the second half of 2017 looks more promising with plenty of half marathons that will be held near and around Klang Valley and I'm looking forward to run in IJM Land Half Marathon in August! 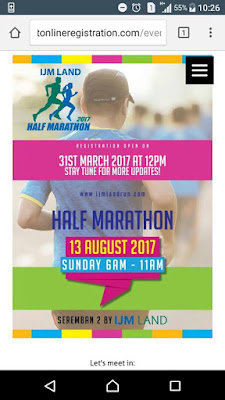 It'll be my first time running in IJM Land Half Marathon and am certainly looking forward to it! 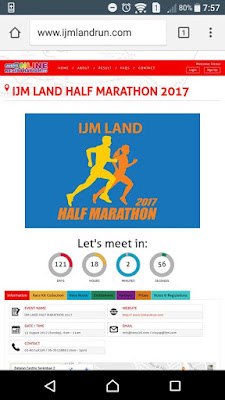 Registration details can be found at : http://www.ijmlandrun.com/

Early bird rates is still applicable until May 15th so hurry!