MPI Generali Run has always been my favourite run to start the new running year. I've participated in the run since 2012, and did my first ever 12K which was the first time I did anything more than 10K, five years ago. 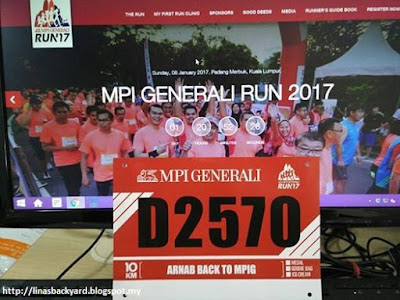 Hence the name on the bib. It's a fond, nostalgic memory although I've stopped wearing the bunny ears during my run for years now.

Unlike previous editions where I'd run 12K, the 12K category was shortened this year to a 10K instead. 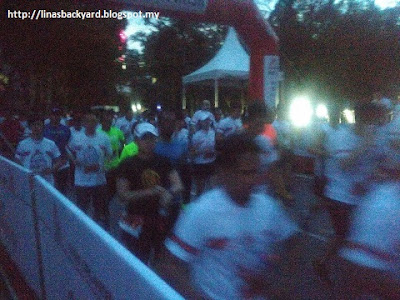 Flag-off for 10K was at 7.00am while the 5K was at 7.15am and 3K fun walk at 7.25am. Unlike previous editions where flag-off were staggered, 10K runners were all flagged-off at the same time this year. It took me about 2 minutes to cross the start line due to the crowd in front of me.

And with the change from 12K to 10K, the run route was different too. Instead of almost immediately tackling Bukit Tunku hilly route, we ran from Padang Merbok towards Jalan Parlimen before finally entering the Bukit Tunku route at around KM5.

The legs and heart had a chance to warm up first before tackling the inclines! Hihihi

There was no target for this race and I just wanted to run at a comfortable pace that I can do for next week's Twincity Marathon so I just ran following the huge crowd in front of me and let other runners dictate my pace.

For a "mere" 10K route, there were 2 timing mats that we had to pass through along the route, apart from crossing the start & finish line mat! Wow! 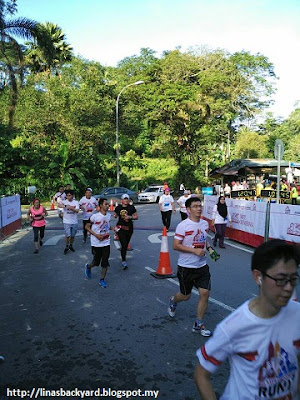 The queue to get my entitlements (medal, goodie bag, banana) after the run was fast and I immediately saw hubby waiting for me. He did a 5K and of course had finished his run way before I did mine.

Then it was time to go forage for food! Which is my favourite activity if I do MPIG Run. 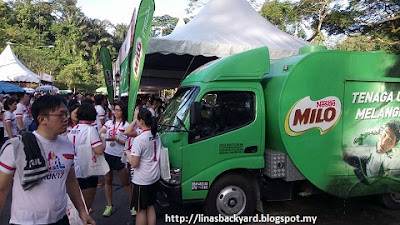 There were Milo of course, apart from Nestle breakfast cereal, 100-Plus and Mamee being served. 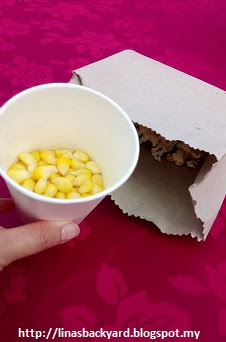 I love the corns. Both the steamed one (corn-in-a-cup) and popcorns. 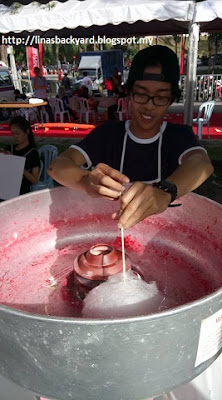 Candy floss were given out too. And there were kacang putih packs too! 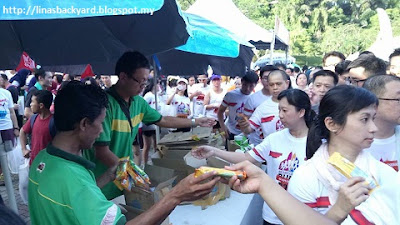 And this lime ice cream that had been served every year after the run since 2012! 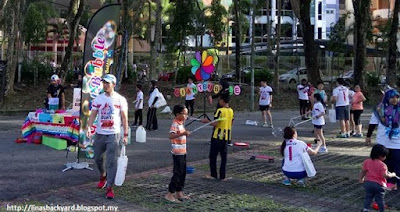 Parents can enjoy a fun time with their kids playing bubbles at one spot at Padang Merbok.

All these, free for runners!

It was a rather festive post-run atmosphere and felt like we were at "Pasar Pagi" looking for a Sunday breakfast. Hahaha
We managed to bump into a few friends and made a new one too! 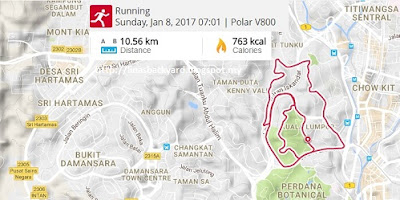 The route that we did for MPIG Run 2017. Good route. I enjoyed it, being slow and all. Hah hah

Results can be seen here.

Thank you to the organiser and volunteers for a fun Sunday morning outing.

And oh yeah, credit to MPI Generali team. They treat media quite nice too. :-)

Now, all that's left for January is Twincity Marathon which I'll do next month. My first full marathon in 13 months!
Email Post
Labels: Events Itchy Feet Out and About Race Recap