The New Year Run With GC At BC

Some members of Gaited Community had planned to do a few loops around Bukit Cinta on the first day of 2017 and I tagged along.

I had done my long run and hill repeats the day before so I thought a 10K would be nice, especially as I'd be tackling Bukit Cinta.

Some of us started our run at 7.00 am, some much later and I myself started at 7.30 am. It's a loop route so we'd bound to bump into each other somehow.
And yup, I bumped into them during my second loop when I did the reverse loop. Yeay!

And we all ran back to DTC to take this photo. For the new year. Our first run of 2017! 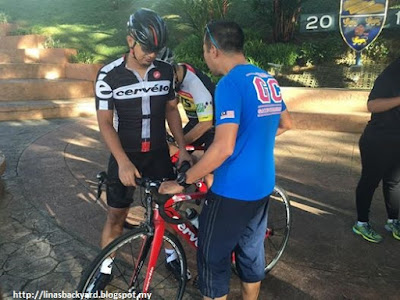 Then after much merry making during the photos taking, it was chit-chatting time (although some of us hadn't done much mileage yet. Wahaha) 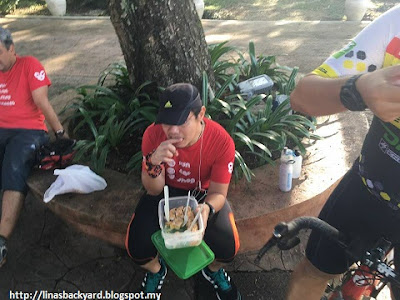 And eat lemon meringue pie that was made by Zahir. Sedap, I tell you!

This is one talented one. He runs, he paints, he writes and bakes well too. And single. Ehem. Hehehe

Much later we started our run again and I managed to do a 12K that morning.

Another "borak-borak" session continued after our run and we later drove out together for brunch at PAUM's (Persatuan Alumni UM) clubhouse. 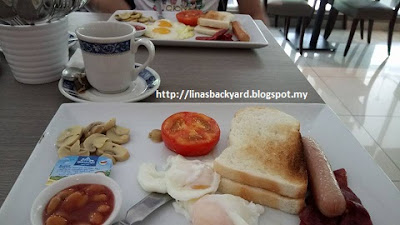 The smell of nasi lemak was tempting at the restaurant but I chose the Alumni Breakfast set (or something) with English Breakfast tea.

Was nice to continue chatting, listening to one buddy's Japan trip adventure and other running gossips. 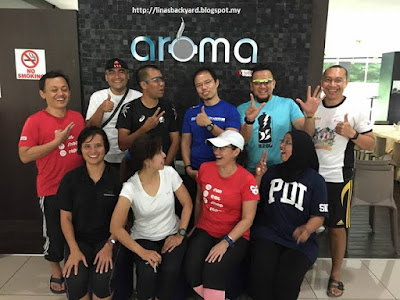 One last group photo, after everybody was full and happy.

A great way to start the new year, as always.

All the best to Twincity HM and FM, guys!
Email Post
Labels: Close to my heart Gardens and Parks Itchy Feet Makan Time