A surprise treat for us for the new year when the hubby actually agrees to go eat "sushi" for dinner. Hehehe
Surprise lah since we just visited this Japanese restaurant in Bangi during the Christmas weekend.
We don't normally eat at "atas" places that often, you know. ^^ 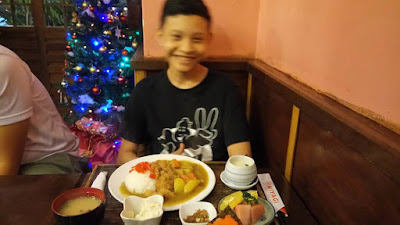 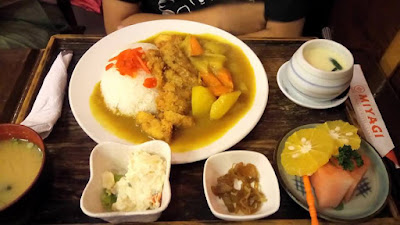 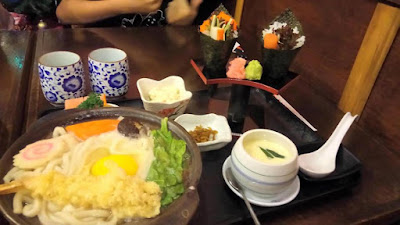 I went with what I had last week, which was the nabeyaki udon. But instead of sashimi, I had it with temaki sushi.
So kenyang, I had trouble finishing the chawan mushi later.. Hubby went for his usual which is the teppanyaki.

I noticed that Miyagi Restaurant had changed the seat cushion for the new year so we get to sit on fluffy new seat cushion. Hahaha

Good deal and as always, the portion was generous.