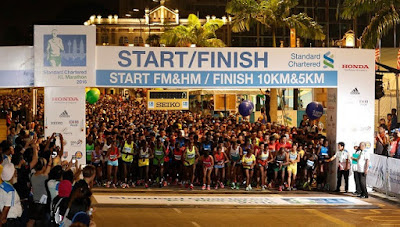 KUALA LUMPUR, 16 January 2017: Dirigo Events, race owner and organiser of the Standard Chartered KL Marathon 2017 (SCKLM), announced today that runner’s registration will be open to the public from 10.00a.m. The Standard Chartered KL Marathon turns nine this year and the 2017 edition will take place on Sunday, 21 May at Dataran Merdeka, Kuala Lumpur.


A new pre-registration system was introduced for the 2017 race to acknowledge and thank runners who took part in the 2016 event. This would give previous participants a better chance of ensuring they have a spot in the much sought after event.

The Standard Chartered KL Marathon has grown to become the premier running event in Malaysia that draws thousands of local and international runners to the country whilst firmly establishing Malaysia in the global running calendar. The 2017 edition of the race will once again see Standard Chartered Bank Malaysia returning as title sponsor, along with a host of returning and new sponsors.

Mahendra Gursahani, Managing Director and Chief Executive Officer of Standard Chartered Bank said, “It gives us tremendous pride to be the title sponsor of such an iconic event that has come to symbolise the coming together of communities and fostering nation building through sport. We wish all runners the best of luck and we look forward to welcoming them at the race.”

Rainer Biemans, Managing Director of Dirigo Events, added “We are delighted to have retained our Title Sponsor Standard Chartered Bank and Gold Sponsor Honda Malaysia, along with our official partners Seiko and Pacific Regency, and we’re very excited to welcome new sponsors Brooks and Lucozade, for apparel and energy drinks respectively, to the SCKLM fold”.

Elite runners will be competing to earn a slice of the almost RM500,000 in total that is on offer at the Standard Chartered KL Marathon 2017,which include bonus prizes for record breaking course times. In last year’s race, Malaysian runner Sheela Samivellu broke the Half Marathon course record with a time of 1’24:44s.

“Sheela made Malaysians proud last year with her record breaking effort. We want to keep raising the competitive level of the Standard Chartered KL Marathon and we hope that records will continue to fall as the quality of the field increases,” said Rainer.

In an effort to reduce congestion and make the race more competitive, SCKLM 2017 will continue with a seven hour cut-off time for the Full Marathon with checkpoints at designated areas along the route to ensure runners are within the specified time frames. Runners who don’t make it to the checkpoints within the required times will not be allowed to complete the race and will be transported to the finish line. This is also meant to ensure the safety of runners as the public roads need to be opened to regular traffic at times strictly stipulated by the authorities. 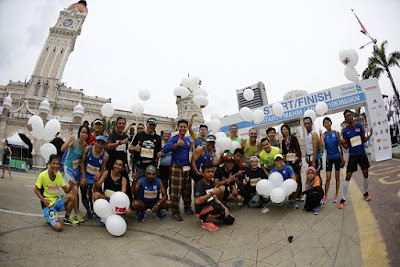 Other initiatives to look forward to this year include the Friendship Run and Pasta Party, which will be held on the eve of the race. Only Full Marathon participants are eligible for these events which are intended to foster camaraderie amongst runners from around the world.

A perennial feature of the Standard Chartered KL Marathon is its Corporate Social Responsibility initiative Run For A Reason that aims to channel funds raised to deserving charities that assist underprivileged communities and those in dire need. This year the participating beneficiaries are the Standard Chartered Foundation, National Cancer Society of Malaysia, Dignity for Children Foundation and Hospis Malaysia. 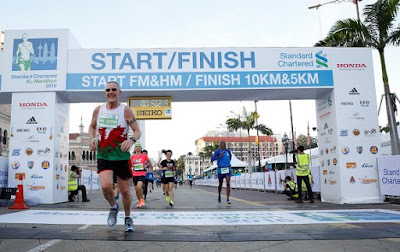 Apart from the Full and Half Marathons, the Standard Chartered KL Marathon 2017 will also feature a 10km distance and a 5km Fun Run for social runners, along with Kids’ Dash categories for children under 12 years of age. There will also be several categories like the Corporate Challenge, Media Challenge, Universities Challenge and Ministries Challenge to either raise money for charity as well as provide friendly competition and bragging rights for the eventual winners. A full list of categories and their eligibility details can be found at www.kl-marathon.com.

Participating runners can also look forward to a total of 12 running clinics that will be provided by the Standard Chartered KL Marathon 2017, including 5 Junior running clinics and specialised clinics for those attempting their first Half and first Full Marathons.

For more information and updates on SCKLM, please visit: